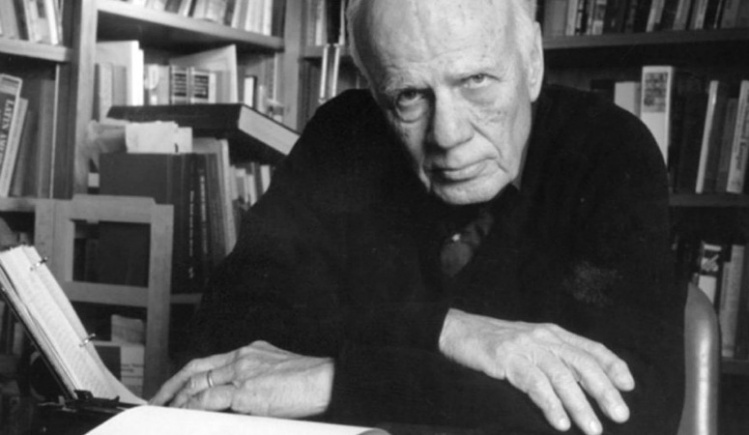 May 10, 2015, marked the twenty-fifth anniversary of Walker Percy’s death. When I heard the news of his death, I was living in Covington, Louisiana, what Percy called “a pleasant nonplace” where he also lived. My wife and I were teaching at St. Joseph Abbey and Seminary College; I was in grad school at Louisiana State in Baton Rouge; our first baby, Ben, was two weeks short of a year old. My wife pulled into the driveway, coming home from her work at the abbey. I was sitting with Ben on a swing under a huge Louisiana oak in our yard. She told me the news she had heard from the monks: “Walker Percy died today.”

It was an ordinary Wednesday afternoon, the sort Percy says can elicit a “four-o’clock-in-the-afternoon devaluation.” “I used to read writers’ journals,” he writes, “and was both astonished and depressed by the copiousness of a single day’s entry.” He kept a journal once and made only two entries. One read:

Four p.m.—The only thing notable is that nothing is notable. I wonder if any writer has ever recorded the observation that most time passes and most events occur without notable significance. I am sitting here looking out the window at a tree and wondering why it is that though it is a splendid tree, it is of not much account. It is no good to me. Is it the nature of the human condition or the nature of the age that things of value are devalued?

Essays such as “The Loss of the Creature” and “The Man on the Train” explore this peculiar devaluation and then posit avenues of recovery. One such avenue is catastrophe or death. Why is it we can remember where we were when we heard the news of the 9/11 attacks or of the assassination of President Kennedy? Why do people crane their necks to see an automobile accident? A sense of heightened reality and paradoxical value accompanies these moments. Everyday moments, by contrast, are easily forgotten, unremarkable. Thus arises, Percy claims, the secret longing for apocalypse—a longing for destruction in hopes of building anew from the rubble.

Percy did not live to see the 9/11 attacks and the fourteen years of war launched in their aftermath. Nor has he lent his keen sense of observation to the killings of Michael Brown or Freddie Gray. But his novels, particularly Love in the Ruins: The Adventures of a Bad Catholic at a Time Near the End of the World, presciently foretell our current age. Dr. Tom More, the narrator, opens his story as follows:

Now in these dread latter days of the old violent beloved U.S.A. and of the Christ-forgetting Christ-haunted death-dealing Western World I came to myself in a grove of young pines and the question came to me: has it happened at last?

Two more hours should tell the story. One way or the other. Either I am right and a catastrophe will occur, or it won’t and I’m crazy. In either case, the outlook is not so good. …

These are bad times.

So begins the dream that is the novel, peopled by Bantu guerillas overtaking the Paradise Estates Country Club, hysterically deep political divisions, the vanity of science—Tom More is tempted by the prospect of the Nobel Prize for his “lapsometer,” a device that can “probe the very secrets of the soul, diagnose the maladies that poison the wellsprings of man’s hope”—and the glib spirituality of New Agers.

Love in the Ruins depicts the violence and catastrophe of apocalyptic times. In so doing, the novel itself becomes an avenue of recovery. Percy thought the novel an especially suitable medium for the possibility of renewal. If the world and the self are devalued, art, particularly the novel, can awaken the reader to their recovery. For Percy, the novelist resorts to malice, deceit, and indirection to jar the reader into recognition of “the peculiar malady of the age”—loss, deprivation, devaluation, alienation, violence.

News of Walker Percy’s death jarred me into a heightened sense of reality. The swing, oak tree, Baby Ben on my lap, and my wife took on a density beyond the everyday. A few days later, at Percy’s funeral, the Mass of Christian Burial and interment at the Abbey Church and cemetery reminded the entire congregation of the hope of recovery and renewal amidst the loss of this great artist and thinker. His works remain, however, challenging all readers and me to the possibility of recovery from a malady of which we are dimly, if at all, aware.

Edward Dupuy serves as founding dean at the Southwest School of Art in San Antonio. He is the author of Autobiography in Walker Percy: Repetition, Recovery, and Redemption (LSU Press).