Can Americans Save Their Country from Plutocracy?
By William Pfaff
Economy
Financial Crisis

The first is that control over the government has passed all but completely into the hands of business corporations. The country has become a plutocracy. This has occurred because corporations are the principal supplier of funds essential to the election of federal officials -- the president and the members of the United States Senate and House of Representatives, and through them, the members of the Supreme Court and the rest of the federal judiciary, all of whom are nominated and confirmed by the elected officials of the executive and legislative branches of the government.

As nearly all Americans understand, the nation's constitutional system rests on a theory of differences of opinion and interest among the citizenry finding expression in the election of presidents and legislatures that reflect public opinion in all of its diversity. This diversity in the elected Congress and in the choice of successive presidents is expected to produce an overall system of balanced powers and interests, each of the government's three branches contributing to checking the excesses of the others and of the government as a whole. This has reasonably successfully functioned except in the case of slavery, which caused an irreparable breach in opinion and the secession of the southern states from the Union, and civil war.

What has never before happened has been seizure of power in all three of the constitutional branches of power by a single outside interest group. That has happened now. Corporate business, notably the banking and financial industry, which is now the most important component in the American economy, effectively controls the Republican and Democratic parties, as well as the ownership of the national news media, whose main preoccupations are national politics and the national economy.

Now for the simple answer to this phenomenon, which is destroying American democracy. The unprecedentedly enormous sums of money required to run for federal office in the United States today go to purchase television and radio time. To gain high office in the United States it is essential to be a multi-millionaire (literally) or to have a billionaire sponsor. Labor unions once were in a position to underwrite a limited number of candidates. Today, the unions have been so weakened that their financial power is no longer any match to that of business and industry.

The simple solution is to ban paid political campaign advertising in broadcast media, as was the case in the 1930s legislation originally regulating radio's use of the public airways.

Next, every broadcaster or cable or satellite operator in the United States, carrying news and political discussion, should be required to provide equal time to the major political parties and candidates (again, as required in the past). The broadcasters would naturally object that this was federal seizure of their principal asset: broadcast time. The principle of eminent domain might be applied, but the easiest way to deal with this objection would be federal payment for the time at commercial rates.

I spoke of a second source of American crisis to which there is a simple solution, an intellectual solution, which to impose would require conversion of the hard hearts and biased minds of a sizable part of the international economic community (at least that part of it educated at the University of Chicago since the Second World War), as well as a near-revolutionary change in how the American government presently functions (see above). The crisis is easily described as the 1 percent problem. One percent of the American population now takes nearly one-quarter of the country's income.

This is caused by the consensus decision of the economists and business schools to define profit as the sole criterion of corporation efficiency and public (and civic) worth. The automatic consequence of this has been the de-industrialization of the United States, the export of its manufacturing capacity, unemployment in the United States comparable to that of the Great Depression, poverty levels with no modern American precedent, and the moral corruption of American politics.

Allow me to cite religious opinion. I quote the Vatican's Pontifical Council for Justice and Peace statement on the current norms of the market economy, issued at the end of October. Certain structural aspects of our economic thought and practice, it says, have aided and abetted and facilitated "selfishness and collective greed.... These are an economic liberalism that spurns rules and controls...a system of thought, a form of 'economic apriorism' that purports to derive laws for how markets function from theory, these being laws of capitalistic development."

It goes on to say that being should have primacy over having. Ethics should precede economics. A moral appreciation of the utter dignity of the person and the solidarity of the human community and concern for others must be empowered in public life to guide and regulate the dynamics of economic markets. The economic miseries of our time trace to our generation’s failure in this regard. The Vatican also calls for a financial transaction tax. 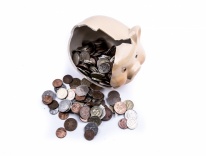 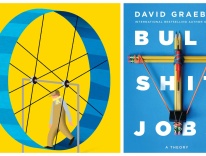 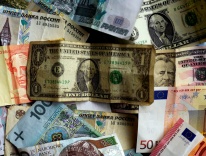