From “A Disembodied ‘Theology of the Body’” 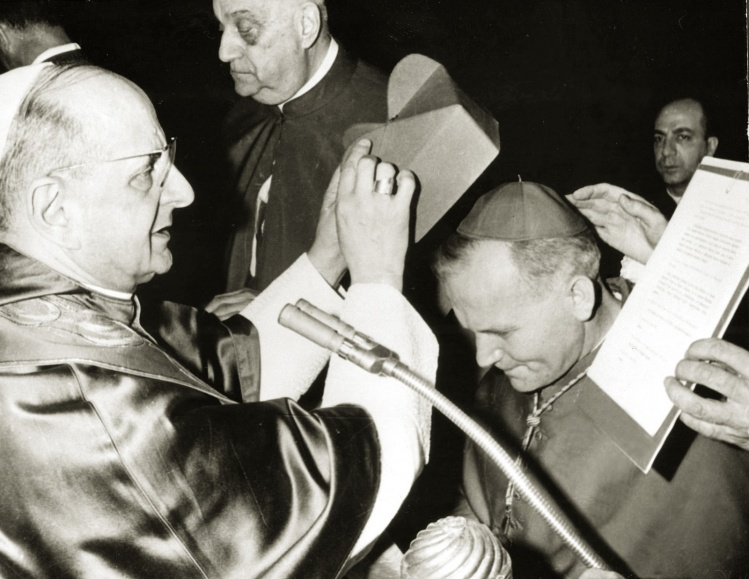 [I]t is important at least to note five major deficiencies [in Humanae vitae] that require a genuinely theological response rather than enthusiastic or reluctant apology. […]

First, the encyclical represents a reversion to an act-centered morality, ignoring the important maturation of moral theology in the period leading up to and following Vatican II, which emphasized a person’s fundamental dispositions as more defining of moral character than isolated acts. I am far from suggesting that specific acts are not morally significant. But specific acts must also be placed within the context of a person’s character as revealed in consistent patterns of response. The difference is critical when the encyclical and John Paul II insist that it is not enough for married couples to be open to new life; rather, every act of intercourse must also be open, so that the use of a contraceptive in any single act in effect cancels the entire disposition of openness. But this is simply nonsense. I do not cancel my commitment to breathing when I hold my breath for a moment or when I go under anesthesia. Likewise, there is an important distinction to be maintained between basic moral dispositions and single actions. The woman who kills in self-defense (or in defense of her children) does not become a murderer. The focus on each act of intercourse rather than on the overall dispositions of married couples is morally distorting.

Second, the arguments of Paul VI and John Paul II sacrifice logic to moral brinkmanship. When Paul VI equated artificial birth control and abortion, he not only defied science but also provoked the opposite result of the one he intended. He wanted to elevate the moral seriousness of birth control but ended by trivializing the moral horror of abortion. Similarly, from one side of the mouth, John Paul II recognizes [in his Theology of the Body] two ends of sexual love, unitive intimacy and procreation. But from the other side of his mouth he declares that if procreation is blocked, not only that end has been canceled but the unitive end as well. He has thereby, despite his protestations to the contrary, simply reduced the two ends to one. This can be shown clearly by applying the logic in reverse, by insisting that sexual intercourse that is not a manifestation of intimacy or unity also cancels the procreative end of the act.

Third, the position of the popes and their apologists continues to reveal the pervasive sexism [of] official Catholicism. […] This becomes glaringly obvious in the argument that artificial birth control is wrong because it tends to “instrumentalize” women for men’s pleasure by making the woman a passive object of passion rather than a partner in mutuality. Yet the argument makes more experiential sense in reverse. Few things sound more objectifying than the arguments of the natural family planners, whose focus remains tightly fixed on biological processes rather than on emotional and spiritual communication through the body. The view that “openness to life” is served with moral integrity by avoiding intercourse during fertile periods (arguably times of greatest female pleasure in making love) and is not served (and becomes morally reprehensible) by the mutual agreement to use a condom or diaphragm, would be laughable if it did not have such tragic consequences. And what could be more objectifying of women than speaking as though birth control were something that only served male concupiscence? How about women’s moral agency in the realm of sexual relations? Don’t all of us living in the real world of bodies know that women have plenty of reasons of their own to be relieved of worries about pregnancy for a time and to be freed for sexual enjoyment purely for the sake of intimacy and even celebration?

How about women’s moral agency in the realm of sexual relations?
sharetweet

Fourth, the absolute prohibition of artificial birth control becomes increasingly scandalous in the face of massive medical realities. One might want to make an argument that distributing condoms to teenagers as a part of sex education is mistaken, but that argument, I think, has to do with misgivings concerning sex education—and a general culture of permissiveness—as a whole. But what about couples who can no longer have sexual relations because one of them has innocently been infected by HIV, and not to use a condom means also to infect the other with a potentially lethal virus? When does “openness to life” in every act become a cover for “death-dealing”? Given the fact that in Africa AIDS affects tens of millions of men, women, and children (very many of them Christian), is the refusal to allow the use of condoms (leaving aside other medical interventions and the changing of sexual mores) coming dangerously close to assisting in genocide? These are matters demanding the most careful consideration by the church, and the deepest compassion. It is difficult to avoid the sense that the failed logic supposedly marshaled in the defense of life is having just the opposite result. If the political enslavement of millions of Asians and Europeans led the papacy to combat the Soviet system in the name of compassion, and if the enslavement and murder of millions of Jews led the papacy to renounce the anti-Semitism of the Christian tradition in the name of compassion, should not compassion also lead at the very least to an examination of logic, when millions of Africans are enslaved and killed by a sexual pandemic?

Fifth, and finally, shouldn’t Humanae vitae be revisited rather than simply defended for the same reasons that it was [in George Weigel’s words] a “pastoral and catechetical failure” the first time around? It failed to convince most of its readers not least because its readers knew that Paul VI spoke in the face of the recommendations of his own birth-control commission. The encyclical was, as Weigel calls it, a “new Galileo crisis,” not simply because it pitted papal authority against science, but also because the papacy was wrong both substantively and formally. It generated an unprecedented crisis for papal authority precisely because it was authority exercised not only apart from but also in opposition to the process of discernment. Sad to say, John Paul’s theology of the body, for all its attention to Scripture, reveals the same deep disinterest in the ways the experience of married people, and especially women (guided by the Holy Spirit, as we devoutly pray) might inform theology and the decision-making process of the church. If papal teaching showed signs of attentiveness to such experience, and a willingness to learn from God’s work in the world as well as God’s word in the tradition, its pronouncements would be received with greater enthusiasm. A theology of the body ought at least to have feet that touch the ground.