You Vote, They Decide 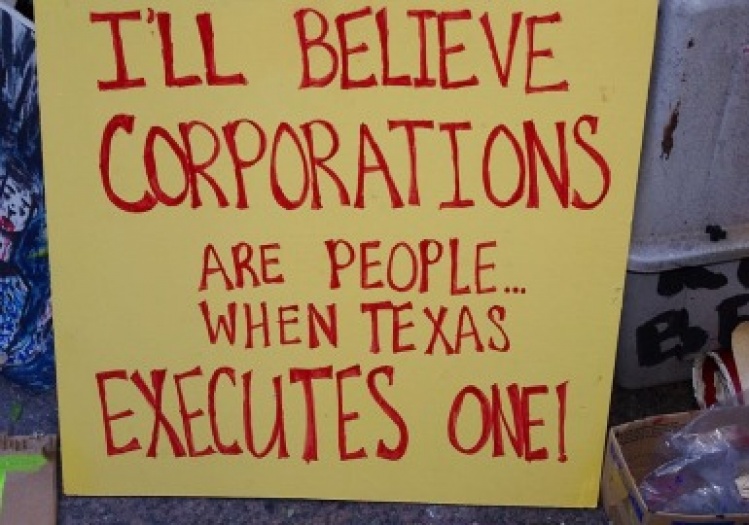 Keeping money from undermining democratic politics can seem like a Sisyphean task: successful efforts are always partial and temporary, and there are many failures along the way. Most bills designed to check the power of wealth over the government succumb to the very disease they seek to cure, and those that manage to survive the legislative process can be quickly disposed of by a handful of Supreme Court justices.

In April the High Court ruled in McCutcheon v. Federal Election Commission that limits on the total amount a person can contribute to candidates and political parties during a two-year election cycle were unconstitutional. This decision extended the logic behind an earlier ruling, the notorious Citizens United, which opened the door to unlimited independent campaign spending by corporations. According to this logic, money equals speech; therefore, the right to free speech includes the right of all Americans—including American corporations and billionaires—to spend as much money as they like on the causes and candidates they support. Departures from this principle are legitimate only when needed to curb “quid pro quo corruption,” or the appearance of such corruption. As long as campaign contributions are not obviously transactional, there’s little Congress can do to restrict the political influence of wealthy donors. As Justice Anthony M. Kennedy put it in his majority opinion for Citizens United, “That speakers [read ‘donors’] may have influence over or access to elected officials does not mean that those officials are corrupt. And the appearance of influence or access will not cause the electorate to lose faith in this democracy.”

The first of these two sentences involves a point of semantics—but an important one: Kennedy’s formulation essentially reduces the meaning of “corruption” to bribery. But corruption comes in many flavors. Sometimes it consists in a donor’s not having to ask elected officials for favors because he or she is confident they will know, without being told, how to express their gratitude appropriately. Ingrates rarely get reelected. As for the electorate’s “losing faith in democracy,” if that means overthrowing the government, Kennedy is probably right not to worry. But people are less likely to vote if they believe that whoever is elected to represent them will end up ignoring their interests. In a survey conducted by the pollsters Mark Mellman and Richard Wirthlin, two-thirds of respondents agreed with the statement “big contributors to political parties sometimes block decisions by the federal government that could improve people’s everyday lives.” Big campaign donations threaten the common good by allowing big donors to drown out the voices of ordinary voters both before and after elections. In his dissent from the majority in McCutcheon, Justice Stephen G. Breyer observed that “where enough money calls the tune, the general public will not be heard.”

And the facts appear to confirm that money now calls the tune in Washington. In an article published last year in the Columbia Law Review [.pdf], Nicholas O. Stephanopoulos concluded that there is “near consensus in the empirical literature that politicians’ positions more accurately reflect the views of their donors than those of their constituents.” Meanwhile, two political scientists—Princeton’s Martin Gilens and Northwestern’s Benjamin Page—have compared two decades’ worth of legislation with public-opinion surveys and discovered that in the United States “the majority does not rule—at least not in the causal sense of actually determining policy outcomes. When a majority of citizens disagrees with economic elites and/or with organized interests, they generally lose.”

Thus, a bill that would have required criminal background checks for all gun purchasers died last year in the Senate, despite the fact that an overwhelming majority of Americans (91 percent) say they’d support such a law. All that mattered was the opposition of a well-funded “organized interest,” the National Rifle Association. And thus the recent decision by Senate Republicans to filibuster a bill that would have raised the federal minimum wage to $10.10, despite the fact that a majority of Americans—and even a majority of registered Republicans—support a higher minimum wage. What mattered was the opposition of the economic elite, who fear that a higher minimum wage would mean lower corporate profit margins.

The good news is that if the United States is not as democratic as it ought to be—nor as democratic as most Americans imagine it to be—it is at least more democratic than it once was. And this is because, from time to time, ordinary citizens have banded together to become one of those “organized interests” politicians have trouble ignoring. The United States now needs another Progressive Movement, to secure and extend the victories of the first one, and to keep our new robber barons in check. It won’t be easy—it wasn’t then. But if democracy happens at all, it happens every day, not just during election season. It is, if you like, quid pro quo: in return for our vigilance and active political engagement, we can have a government that actually represents us. And not otherwise.