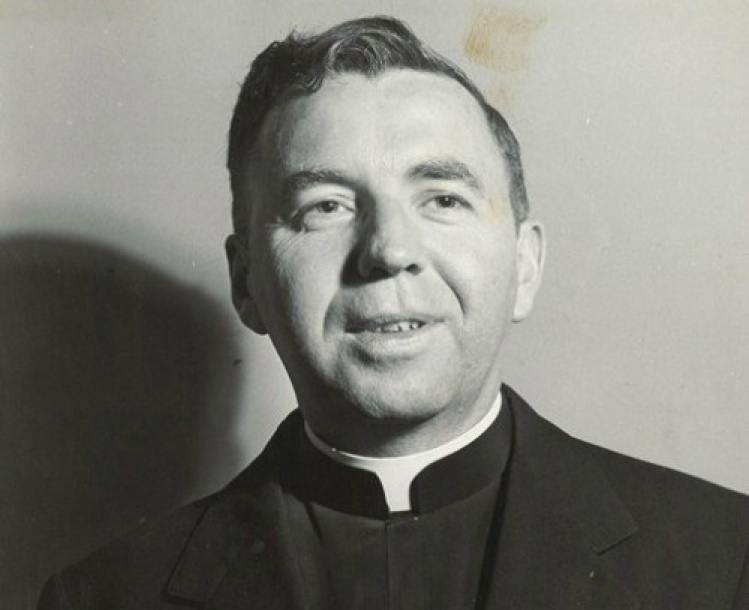 The year was 1965, the high-water mark of President Lyndon B. Johnson’s Great Society. The previous year, only six months after the assassination of President John F. Kennedy, the new president had signed into law the Civil Rights Act, surrounded by onlookers including Dr. Martin Luther King Jr. In January, following his landslide election victory, Johnson was sworn into office at an inauguration drawing a record 1.2 million people. On August 6, he signed into law the Voting Rights Act. And in 1966, he would go on to establish the President’s Committee for People with Intellectual Disabilities (PCPID).

It was in this context of multi-fronted  governmental action for social progress that William F. Lynch, the Jesuit scholar, writer, and editor, published his 1965 book, Images of Hope. In this uplifting inquiry into the psychology and metaphysics of hope, Lynch laid out his vision of the perennial human dilemma in stark contrasts:

We can decide to build a human city, a city of man, in which all men have citizenship, Greek, Jew, and Gentile, the black and the white, the maimed, the halt, and the blind, the mentally well and the mentally ill.... Or we will decide to build various absolute and walled cities from which various pockets of our humanity will always be excluded. They will pose as ideal cities, and will exclude...the Negro, the sick, the different.

A half century later, Lynch’s alternatives echo with uncanny relevance. Indeed, if you substitute the words “Muslim,” “immigrant,” and “transgender”—and keep the wall—he could be writing in the latest issue of Commonweal.

John F. Kane’s Building the Human City, a new study of Lynch’s life and work, reverberates with this sense of contemporary relevance. Such relevance is somewhat ironic since, as Kane notes, Lynch’s disappearance from the intellectual and cultural scene was as thorough as it was regrettable. In May 1960, following the publication of his best-known work, Christ and Apollo: The Dimensions of the Literary Imagination, Time magazine had hailed the Jesuit as “one of the most incisive Catholic intellectuals in the U.S.” One year earlier, Lynch had published a scholarly work, Approach to the Metaphysics of Plato through the Parmenides, along with The Image Industries, his critical analysis of the effect of film and TV on our culture’s moral and spiritual imagination. The Integrating Mind (1962) and Images of Hope (1965) soon followed.

Lynch’s popularity peaked, and then ebbed, at a turning point in both American and Catholic cultures, when war abroad and urban violence at home would come to alter American thought and culture irrevocably, just as the Second Vatican Council and Humanae vitae (1968) indelibly recast American Catholicism. “[F]or ten long years,” Lynch wrote in 1973, “our own country claimed the Vietnam War as our point of crisis.” He was convinced, however, “that a far worse crisis was and is going on, the true war, which is such a collapse of faith between the two major culture classes”—namely, “the middle class on the one hand, and, on the other, the intellectual-academic culture”—“as has hardly ever occurred so sharply in our history.” Such sentiments were prescient—perhaps too much so for a society still stung by war abroad and urban violence at home—and Lynch’s last two books, Christ and Prometheus (1970) and Images of Faith (1973), found less receptive audiences.

Almost twenty-five years after Lynch’s last book, and nearly a decade after his death at age seventy-nine in 1987, came Gerald Bednar’s synthetic study of his career, Faith as Imagination (1996). And now we have John Kane’s effort to reclaim Lynch for still another new generation. Kane’s approach is separated from Bednar’s by two decades of important history: the 9/11 terrorist attacks, the U.S. wars in Afghanistan and Iraq, the Great Recession, the first African-American U.S. president, and the election of Donald Trump. Where Bednar’s work, set within a theological context, focused on individual consciousness and its relationship to faith, Kane focuses on the communal, identifying “[Lynch’s] grand and overarching concern from the start: the political, the polis, the human city,” and zeroing in on his mission of “explaining the foundational elements of a spirituality for public life.”

What is required for building the “city of man,” for constructing a city more human than inhumane?
sharetweet

Kane’s title, with its implicit inversion of Augustine’s City of God, underscores his focus and his concerns. What is required for building the “city of man,” for constructing a city more human than inhumane—that is, a city without walls? What role does individual imagination play in constructing our common life? How can a community’s collective images, inherited and appropriated by individuals, be harnessed in order to mitigate polarizations, binary divisions, echo chambers, filter bubbles, and other products of those “image industries” Lynch criticized?

The connections Kane draws between Lynch’s different works will be welcome to anyone who has taught them. Lynch’s method, wandering and sometimes circular, resistant to stating clear aims or arguments, can be difficult for both students and teachers. His medium was his message: we should not move too quickly “from the many to the one.” Kane’s unfolding of this basic principle in his discussion of Lynch’s 1959 study of Plato’s Parmenides is especially useful and insightful. As he demonstrates, both Lynch’s embrace of the finite and his rejection of the “absolutizing instinct”—the leap out of time into timeless absolutes, idols, and ideologies—are central: “everything I have ever written,” Lynch confessed, “asks for the concrete movement of faith and the imagination through experience, through time, through the definite, through the human, through the actual life of Christ.” Kane underscores the “Ignatian” underpinnings of this preference for the finite. Ignatius, wrote Lynch, had no use for “pure angelism,” but rather “was remarkably strong in his sense of fact, history, and the present moment.” Yet undergirding this affinity, as Kane makes clear, lies Lynch’s reading of Plato’s analyses of the many and the one, finitude and infinity, temporal and eternal.

Of all Lynch’s categories, perhaps the one most timely today is that of creative contrariety. In Plato we find, as Lynch wrote, that “certain oppositions or contrarieties will exist in the same entity; the like will also be unlike; the one will also be a multiplicity.” We may hunger for clarity, identity, and simple forms of unity. But Lynch encourages us to move slowly from the many to the one, not least because any such unity might in fact be inwardly complex, composed of contrary elements whose creative tension is essential to life. Absolute and walled cities, based on images of total difference, pose as ideal cities, offering “totalizing seductions,” as Kane calls them, that lure us with promises of simple clarity and self-identity. But they are false promises, based on excluding differences. The truly human city, the “city of man,” integrates the many into a truer unity, a multifaceted identity. E pluribus unum.

While reading Lynch once again after many years, I couldn’t help thinking of George Lakoff, now retired from the University of California at Berkeley, whose first of many works—Metaphors We Live By, co-authored with Mark Johnson—appeared in 1980. I wonder whether Lynch read it in his final decade. Lynch’s leanings, both irenic and ironic, might have recoiled at the sharp political divisions found in Lakoff’s more recent writings. But Lynch would have found in Lakoff a fellow traveler, both in agreement (with Ignatius Loyola) on a fundamental insight—namely, that so much depends upon the image.

Stephen Schloesser, SJ, is professor of History at Loyola University Chicago. He is the author of Visions of Amen: The Early Life and Music of Olivier Messiaen (Eerdmans); and Jazz Age Catholicism: Mystic Modernism in Postwar Paris, 1919–1933 (University of Toronto Press).