Will the GOP Block Background Checks? 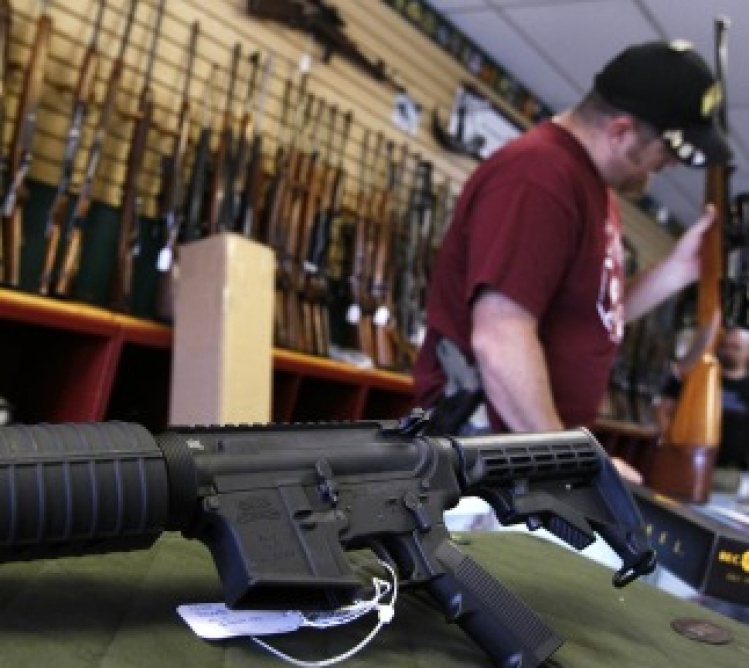 Is Congress on the verge of turning away from the lessons of the slaughter in Newtown even as Connecticut enacts sweeping laws to curb gun violence? Is the gun lobby hell-bent on aligning our country with such great friends of liberty as Iran, North Korea and Syria by opposing efforts to condition international gun sales on the human rights records of buyers?

The gun lobby seems to want the rest of the world to look upon the United States of America as a nation so crazed about guns that its supine Congress will always collapse before the National Rifle Association.

The bleak future envisioned by the gun extremists was laid out for all to see by the small town of Nelson, Ga. Its town council voted Monday to require all its citizens to own guns. The town says it won't enforce the measure, but Nelson sends us a dark message: Guns matter more than freedom. The right not to bear arms can be infringed freely.

The vote in the United Nations on Tuesday for a global convention to keep conventional arms out of the hands of human rights violators, terrorists and organized crime figures was overwhelming, 154-to-3, with 23 abstentions. North Korea, Iran and Syria provided the no votes, while China and Russia were among the abstainers.

It will be years at best before the treaty is implemented, and the NRA (of course) wants to block it in the Senate -- in effect preventing background checks for human rights violators. But we can be proud that the United States ignored the weapons fundamentalists and voted yes.

Meanwhile, on a bipartisan basis, the Connecticut Legislature was moving to pass a broad background check bill that would also regulate the private sales of shotguns and rifles, ban high-capacity magazines and expand the list of prohibited assault weapons.

Connecticut Republicans should lobby members of their party in the U.S. Senate. These days, the GOP is all about trying to improve its image. But on guns, it may prove once again that when it matters, extremists rule.

Only one Republican senator, Mark Kirk of Illinois, has had the courage to work with Democrats for a meaningful background check law. Sen. Tom Coburn has shown some boldness in negotiating on a bill with Sen. Charles E. Schumer, D-N.Y. But the Oklahoma Republican has yet to close a deal that wouldn't severely weaken its requirements. Otherwise, GOP senators have declined to engage seriously.

There has been much speculation about whether President Obama should have moved even faster after Newtown. And yes, it would have been better if gun-control advocates had united two months ago behind a focused agenda that the president could have pushed immediately.

But contrary to the seventh-inning analysis you're hearing, the game isn't over.

A lot has been said about the four to six Senate Democratic holdouts on background checks, but Democrats are likely to provide in the range of 50 votes for a strong bill. Sen. Joe Manchin, D-W.Va., a traditional NRA supporter, deserves particular kudos for his persistence on behalf of a decent outcome. The real barrier in the Senate comes from Republicans. The question for many of them is whether they honestly think that letting weapons manufacturers dictate the party's positions on gun violence is a recipe for renewal.

Based on what they have said, a host of GOP senators just might find the daring to tell their party that gutting a background check bill is foolish, substantively and politically. Their ranks include John McCain, who has been brave on this issue in the past, as well as Pat Toomey, Susan Collins, Lisa Murkowski, Jeff Flake, Mike Johanns, Dean Heller, Johnny Isakson, Saxby Chambliss, Lamar Alexander, Bob Corker, and Rob Portman. They hold the key.

Further down the road, gun-control advocates need even more discipline, and they cannot stop organizing after this fight is over. It will take years to build the kind of muscle the gun lobby has. Doing so will create the political space for other measures, including an assault weapons ban.

The good news is that the mobilization for gun sanity is further along now than it has ever been. Members of this anti-violence coalition have proved their strength in Connecticut, Colorado and New York, and they should keep pursuing progress at the state level. Change will eventually bubble up to the halls of Congress.

We are in a long battle. Victory in this round is well within reach. Future victories will require staying power, not recriminations.