Is There Any Accountability for Being Completely Wrong?
By E. J. Dionne Jr.
Barack Obama
Domestic Affairs
Health Care 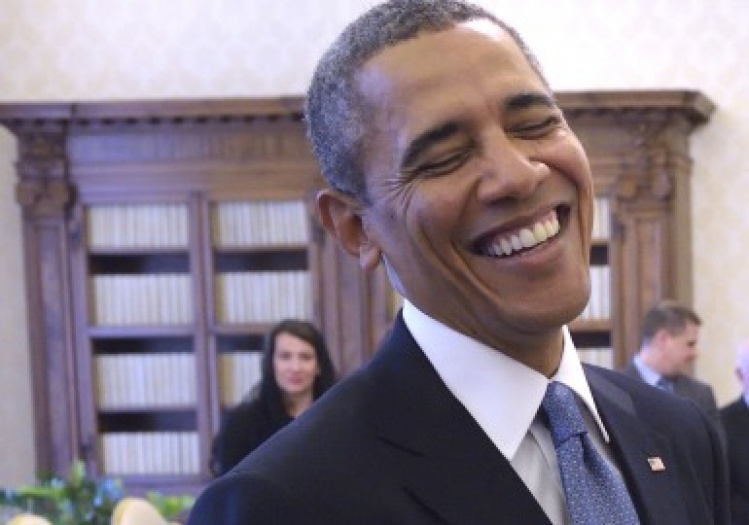 Is there any accountability in American politics for being completely wrong? Is there any cost to those who say things that turn out not to be true and then, when their fabrications or false predictions are exposed, calmly move on to concocting new claims as if they had never made the old ones?

The fact that the Affordable Care Act hit its original goal this week of signing up more than 7 million people through its insurance exchanges ought to be a moment of truth—literally as well as figuratively. It ought to give everyone, particularly members of the news media, pause over how reckless the opponents of change have been in making instant judgments and outlandish charges.

When the health care website went haywire last fall, conservatives were absolutely certain this technological failure meant that the entire reform effort was doomed. If you doubt this, try a Google search keyed to that period relating the word “doomed” to the health care law.

It should be said that the general public was much wiser. A CNN poll in November that Washington Post blogger Greg Sargent highlighted at the time found a majority (54 percent to 45 percent) saying that the problems facing the law “will eventually be solved.” Political moderates took this view by 55 percent to 43 percent, independents by 50 percent to 48 percent. Only Republicans—by a whopping 72 percent to 27 percent—and conservatives (by 66-33) thought the law could never be fixed.

Their representatives in Washington, moderate conservatives as well as the tea party’s loyalists, followed the base’s lead. In mid-November, for example, Sen. Rob Portman, R-Ohio, told Fox News flatly that the law is “destined to fail,” “fundamentally flawed,” and “not ready for prime time.” House Speaker John Boehner predicted dire outcomes before the website fiasco. He repeatedly insisted, as he did in July, that “even the Obama administration knows the train wreck will only get worse.”

This attitude affected more neutral observers. Forbes magazine posted a piece on Nov. 22, 2013, under the headline: “What to do if and when Obamacare collapses.” The op-ed modestly acknowledged that “it’s too soon to write an epitaph for Obamacare,” but then barged forward, since “its crises are piling up so fast that one has to begin looking ahead.”

At this point, the etiquette of commentary typically requires a “to be sure” paragraph, as in: To be sure, the law could still face other problems, blah, blah, blah. But such paragraphs are timid and often insincere hedges. After all, every successful program, even well-established ones such as Medicare, Social Security and food stamps, confronts ongoing challenges.

So let’s say it out loud: The ACA is doing exactly what its supporters said it would do. It is getting health insurance to millions (right now, it looks like around 10 million) who didn’t have it before. And it’s working especially well in places such as Kentucky where state officials threw themselves fully and competently behind the cause of signing up the uninsured. Those who want to repeal the law will have to admit that they are willing to deprive these people, or some large percentage of them, of insurance.

Too many conservatives would prefer not to say upfront what they really believe: They don’t want the federal government to spend the significant sums of money needed to get everyone covered. Admitting this can sound cruel, so they insist that their objections are to the ACA’s alleged unworkability, or to “a Washington takeover of the health system” (which makes you wonder what they think of Medicare, a far more centralized program). Or they peddle isolated horror stories that the fact-checkers usually discover are untrue or misleading.

Thus the moment of truth, about the facts and about our purposes.

From now on, will there be more healthy skepticism about conservative claims against the ACA? Given how many times the law’s enemies have said the sky was falling when it wasn’t, will there be tougher interrogation of their next round of apocalyptic predictions? Will their so-called alternatives be analyzed closely to see how many now-insured people would actually lose coverage under the “replacement” plans?

Perhaps more importantly, will we finally be honest about the real argument here: Do we or do we not want to put in the effort and money it takes to guarantee all Americans health insurance? If we do—and we should—let’s get on with doing it the best way we can.