What Is Shaping My Theology: Pastoral Effectiveness 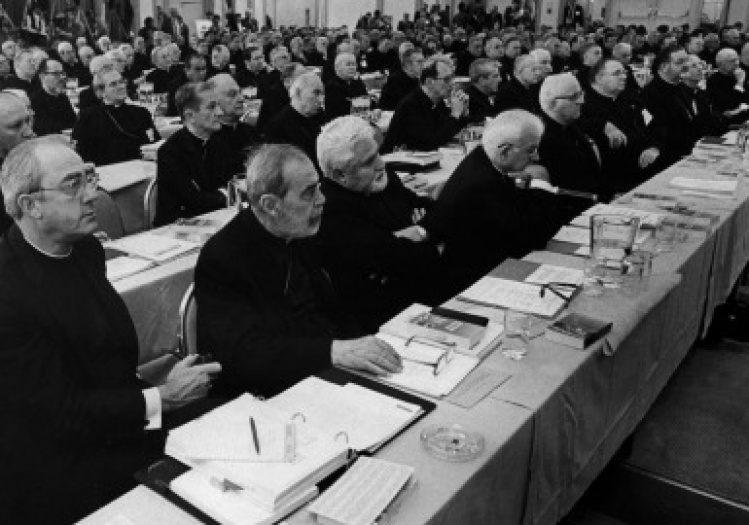 ONE ENCOUNTER with one person has probably shaped my perception of the theologian's task more than any other since Vatican II. It was brief, almost casual, more or less by chance. But it came at an auspicious moment and it came at the intersection of two currents of concern.

In the late sixties "freedom" was the rallying cry. It was perceived by the student generation of the time in terms of oppressive social structures. The economic and political self­ interest and manipulation by the powerful which sent the powerless to the war in Vietnam to kill and be killed was seen as the manifestation of a very sick society. Liberation seemed to be synonymous with anarchy in the minds of many students in those days. At the same time, "freedom" was a key idea for liberal intellectuals of the older generation. For them it encompassed some convictions about democracy, civil rights, human dignity, and equality. More centrally, however, it seemed to express the insights and yearnings of the existentialist movement. It was based on the discovery of the depth and apparent boundlessness of human self-determination and human loneliness, on the vertiginous sense of human existence in a vast, uncharted void.

In this context I had been newly hired in the Theology Department at Georgetown University and was asked what I would like to teach in an elective slot that was open. I replied that I would like to teach a course in soteriology attempting to evaluate the current perceptions of freedom in terms of the Christian understanding of redemption. I thought it would attract an enrollment that would justify its place as an elective if we called it “Theology of Freedom.'' It did. It also proved to be curiously difficult to teach, given those troubled times, as witnessed by such petulant questions as, "Why a final exam if this is supposed to be Theology of Freedom? Why aren't we discussing Timothy Leary and psychedelics? How come you lecture? Why don't we just rap a bit? How can you give me that sort of grade when this is how I sincerely feel about it?"

As a welcome interruption to these preoccupations, there came to my office one day in 1969 two staff members of a small research and development corporation with an urgent and enthusiastic request. Though usually occupied in economic development projects, the staff members, some of whom were devout Catholics, had found funding for a more broadly conceived series of workshops for Latin American clergy. These were to explore the possible leadership roles of the clergy in economic development and social change. There were, of course, many aspects to this—the need for the clergy to understand something of the dynamics of economic and social change, the importance of knowing the history and being able to analyze the present situation with its local and larger patterns of interdependence, and training in perceptiveness to appropriate and use well the culturally conditioned social and psychological leadership potential of the priesthood in the Latin American societies.

What I was asked to do was to think out and present to the organizers and to successive groups of workshop participants a coherent theological account of the "what," "why," and "how" of priestly concern in economic development and social change. The question of ''whether" was not included in the mandate, nor did it occur to me then or since that it should have been. I believe it was because I was teaching the course, Theology of Freedom, that the two staff members knocked on my door rather than anyone else's, though they may possibly have known that I had worked for the Better World Movement in Rome during the Council years as part of a team engaged in retreats for priests and bishops as well as mixed retreats for people of all states in life. In any case, I accepted and became involved in the planning, conduct, and subsequent analysis of a series of such workshops. I was profoundly affected by them. They took me through a series of intellectual and personal conversions and introduced me to liberation theology in the making.

In this context I met many heroic priests as well as a scattering of Protestant ministers and lay men and women both Catholic and Protestant worthy of the deepest admiration for their courage and steady clarity of purpose in situations of terrorism, active persecution, interrogations under torture, and the pervasive threat of violent death. There was one encounter which was decisive for me, with a Cuban Jesuit. I will not name him because I do not know what he is doing now and whether anonymity is important. When I met him he had to flee for his life from several Latin American countries and from successive regimes in them. He was a rugged man, very unassuming, of childlike simplicity and, to judge from his history, a man of quite extraordinary courage and generosity. He told, very simply, the radicalizing events that had precipitated the crucial conversion in his life, and the path he then followed in attempting to rouse an active and responsible Christian consciousness among the peasants and the really poor by means of men's weekend retreats.

This Jesuit who was being hunted down, directing retreats for peasants in hiding places, without benefits of current books and periodicals and exchange with colleagues, explained how he presented the Christian vision and commitment. I was startled by the combination of creativity and loyalty to the tradition. I was even more startled when he said to me later, "You teach theology? Well, I admire you because I never could make any sense whatever of that stuff; my whole seminary experience was one long misery; I never could begin to understand what they were talking about or why.'' At that moment two important currents joined irrevocably in my mind and in my life. The poor who are waiting for the good news are those who do not hear it because humanly inflicted suffering and deprivation seem to cancel it, but also those who do not hear it because it is wrapped up in alien vocabulary and esoteric modes of thought and expression.

From that moment I knew that anything in theology that does not authentically serve the pastoral needs of ordinary priests and ordinary believers is as trivial and dishonest as the money changers in the temple. I began to look and realize how much almost all the men in these workshops, almost all the missionaries to whom I had lectured, almost all the priests at the Better World Retreats, almost all the clergy I had ever known, had had to draw their effective theology from sources other than what has been taught them as theology in the strict sense. I asked myself why. I asked myself where they did draw their inspiration, and why it worked out so well with the Cuban Jesuit and so disastrously ill with some of the others. I set myself to work out a model that would offer a pastorally effective theology out of the traditional resources, determined to do what would serve the ordinary believer whether or not any of it was ever reviewed in learned journals, whether or not any of it got me tenure or promotion in my academic position. (By the broadmindedness of my Georgetown colleagues, it did anyway.) I expect to spend the rest of my productive years continuing the effort.

In very general terms, the model I attempt is the following. I take a doctrine and try to uncover what is the human experience of which it speaks; what is the question that arises out of that experience; what is the meaning of the stories, images, and symbols in which answers were first given in scripture and tradition; how was a systematic explanation derived from these stories, images, and symbols; by what steps and in response to which new situations and questions was the systematic explanation developed in the course of history; what phases of loss and recovery of meaning must be acknowledged in this history; what new questions arise today and what inspiration can be drawn from contemporary authors for their solution.

Monika Hellwig is president of the Association of Catholic Colleges and Universities.