Even the pope
By E. J. Dionne Jr.
Secularism and Modernity

First of all, I think we might imagine today’s event as a three-hour rebuttal to Governor Jesse Ventura and his claim that participants in organized religion are weak-minded. I wish he were here with us today. I think he might come to realize that his description of religion as a crutch has it exactly backwards. Faith is more challenge than crutch, an intellectual provocation.

I have been accused of being a feliciopath. I think it is meant as a compliment. But I would define it here clinically as the delusion of seeing good where it manifestly doesn’t exist, or seeing concord where there’s nothing but disagreement. I want to live up to that charge by arguing that liberal Catholicism is in crisis, but is everywhere triumphant. As Henry Kissinger once said in another context, that statement is not only provocative, but it has the additional virtue of being true. Far from being parasitical on Catholicism, liberal Catholicism provides the basis for many of the most significant triumphs of John Paul’s papacy.

Consider that the fundamental change brought about in the church by Vatican II was, I think, in historical terms not in liturgy, but in the church’s relationship with the modern world, and in particular its stance toward the ideas of democracy and religious liberty. Peter Steinfels’s invocation of those words, "perfidious," "venomous," "pernicious," and "contaminating," as reflecting the church’s old attitude toward liberalism, tolerance, and democracy, reminds us of something that many of us Catholics don’t like to think about, that this transformation was hard-won and that it marked a very large break with the church’s preconciliar position, especially its position after the First Vatican Council.

This great transformation was inspired by the church’s dialogue with modernity. One of the most significant aspects of John Paul’s papacy is that he did not reverse this historic change. On the contrary, he confirmed it. If any idea has dominated his pontificate, it is the idea of the dignity of every human person. This notion has undergirded his campaign for human rights around the world. It has given substance to his campaign for social justice and the rights of workers, and to his battle for religious liberty. It impelled him to visit that Roman synagogue and to denounce anti-Semitism, a curse and a sin that afflicted so many in our church and at times, the institution itself.

Cardinal George described very well the standard critique of a certain liberal interpretation of Vatican II as the belief that the world sets the agenda for the church. Certainly there were times when this seemed to be true. But I don’t think this is a fair view of what liberal Catholicism was, or, for that matter, what it still is. In fact, I think that in the broad terrain which one could describe as both liberal and left Catholic—and I appreciate Peter’s distinction between the two—it is often the case that the liberal Catholic stance toward the world is critical rather than overly accepting.

This liberalized Catholicism that we have today, if I may call it that, is destined to remain triumphant for the foreseeable future, not only because this decisive historical shift was confirmed by a pope who is seen as conservative (I think he’s more complicated than that), but because the historical situation of the church requires it. This is something that John Paul knows and has spoken about. Freedom of conscience is of particular importance always to those whose consciences cause them to dissent from the predominant view of a society. It is no accident that the strongest voices for religious liberty inside the church came from America and also from Australia and Britain and Canada. It’s not simply that we were all influenced in these countries by Protestantism. (Chesterton once said that in America even Catholics are Protestant—a view that I found quite popular in the Vatican when I covered it some years ago.) More important, it is because we were a minority church struggling for our legal rights, and then for acceptance in the broader culture.

That is now the position of the Catholic church in the world at large. We Catholics are certainly a large minority in the world. Some would say we are a powerful minority. But we are a minority, nonetheless. The church thus depends on liberalism’s promise of religious liberty more than ever in its history. It is always helpful when high principle is reinforced by self-interest, and that is the case today with the cause of religious liberty.

Liberal Catholicism, as Peter reminded us, was also distinctive for its attitude toward modernity. It insisted, as he said, "on distinctions and nuance in evaluating modernity rather than sweeping condemnations." Is there any better description of the church’s relationship to modernity right now than that one? The church’s stance, you might say, is one of dialectical engagement.

James Hitchcock, the Catholic historian, once spoke of the battle of modernity as involving a choice between confrontation and capitulation. I don’t think those are the only options. A better description of what is now happening, and, yes, under John Paul’s papacy, is what you might call a program of critical engagement. I know very few Catholics (even, I suspect, Hitchcock), who in fact want to roll back modernity and all of its achievements. The church has been too much affected by modernity-in so many cases, as in the area of democracy and religious liberty, for the better-to be complicit in that sort of project.

But let there be no question that the issue here is indeed one of critical engagement, and that is why I see liberal Catholicism as being stronger in the broader culture than Peter does, even though he is right on many of the particulars that he describes. I think liberal Catholicism is providing answers that many people are looking for.

The political theorist Amy Guttman once said that those who call themselves communitarian want to live in Salem but not believe in witches. It seems to me that contemporary Catholicism, strongly influenced but not overwhelmed by its engagement with liberalism, is trying to work out how you can build a free, communitarian democracy while dispensing with witches. I think it’s a task for which the Catholic church is uniquely well placed.

As just one example of the increasing attractiveness of Catholic tradition in our culture, I’d cite Robert Bellah’s article last July in America, Commonweal’s friendly competitor. Bellah argues that the Catholic emphasis on the importance of solidarity and the common good is a necessary corrective to the Protestant emphasis on individualism.

We’re here in Chicago, so I feel obligated to cite Bellah’s reference to Andrew Greeley. Father Greeley wrote that the Catholic "tends to see society as a ’sacrament’ of God, a set of ordered relationships governed by both justice and love, that reveal, however imperfectly, the presence of God. Society is ’natural’ and ’good’ therefore, for humans and their natural response to God is social. The Protestant tends to see society as God-forsaken and therefore unnatural and oppressive. The individual stands over against society and not integrated into it." Greeley goes on, "The human becomes fully human only when he is able to break away from social oppression and relate to the absent God as a completely free individual."

Bellah remarks that this is not entirely fair to Protestantism, since "it overlooks the community-forming capacity of Protestantism, so evident earlier in our history." But, he adds, it "does help us understand Margaret Thatcher’s otherwise unintelligible remark, ’There is no such thing as society,’ a quintessentially Protestant thing to say."

It seems to me that communitarianism as an idea is liberalism’s acknowledgment of the limits of radical individualism. An extreme individualism does not, cannot, by itself create the social basis for liberty. There is such a thing as society, and its health, its attention to fairness and justice, determines whether or not the dignity of the individual human person is upheld. Catholicism, precisely because of its often stormy but highly productive dialogue with liberalism, is now uniquely well placed to engage free societies on their obligation to create the solidarity that is liberty’s indispensable ally.

I have pointedly avoided some of the problems liberal Catholicism confronts, especially inside the church at this moment. But I want to underscore a point that Peter made, because I think it’s very important. He said he would argue that "insofar as we can humanly tell, liberal Catholicism is essential to the flourishing of the church in the United States, and, I believe, in the rest of the world."

The church, he goes on, if it’s to remain a healthy organism, needs the self-criticism, open inquiry, and spirit of dialogue that liberal Catholicism has provided. I believe that is true, and I am fearful of a tendency I see among some Catholics who call themselves traditional or orthodox to engage in what you might call planned shrinkage of the church, to insist that those of us who so strongly identify with its traditions, who are not grab-bag Catholics, who do worry about fidelity should be cast as people who are really Protestants and should go off and join the churches where we are told we belong by those who think the church should be smaller.

I for one will not deny for a moment Protestantism’s influence on me as an American Catholic, or my debt to it. But I believe that emptying our pews of those who stand in the liberal Catholic tradition, who may conscientiously dissent on matters such as contraception or priestly celibacy or the role of women in the church, would be catastrophic for both the church and the world. It would turn the church that calls itself Catholic and universal into precisely the kind of sect that Cardinal George rightly worries that some would create, and it would rob us of the great opportunity that lies ahead.

In the belief that some misunderstand where the liberal Catholic tradition moves people, I’d like to close with the words of Father Bryan Hehir, who is not himself a feliciopath, but always manages to bring my spirits up. Father Hehir wrote that if you accept the institution seriously—he’s talking about our church—you’ll experience it as both a blessing and a burden. There are times when the institution bears down upon you. There are times when it sets limits on what you think most needs to be done. There are other times when you are deeply grateful that it has survived two thousand years and that it is present in an institutional form in a world that is tough to change.

Published in the 1999-11-19 issue:
View Contents
Tags
Secularism and Modernity 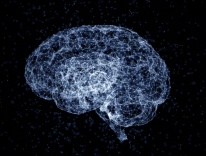 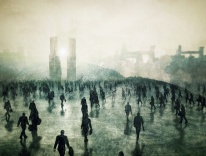