Voters Move On from Trumpism 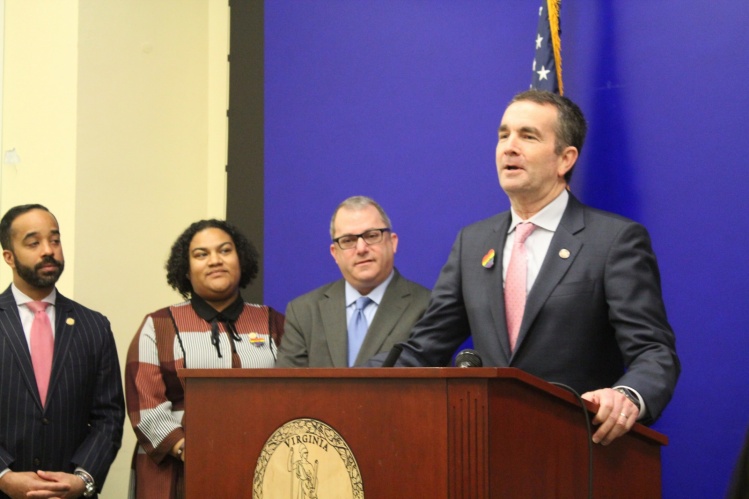 Forget those repetitious tales about some piece of President Trump’s base still sticking with him. It’s now clear, from Virginia and New Jersey to Washington state, Georgia, New York, Connecticut and Maine, that the energy Trump has unleashed among those who loathe him has the potential to realign the country.

In droves, voters rebuked his leadership, his party, and the divisive white nationalist politics that was supposed to save Republican Ed Gillespie in the Virginia Governor’s race, the centerpiece of the GOP catastrophe.

Instead, Ralph Northam, the Democratic lieutenant governor who was much-maligned until election night for being boring, swept to victory on a massive turnout with the largest percentage for a Democrat in Virginia since 1985. On top of this, Democrats picked up at least fifteen of the seventeen seats they need to win control of the Virginia House of Delegates and were within 200 votes in four other districts. There were comparable Democratic gains in state and local contests elsewhere.

Widespread reports of new organizing and activism on the progressive side of politics were often written off before Tuesday because earlier this year Democrats lost four special Congressional elections in very Republican constituencies. Typically overlooked were sharp shifts away from the GOP in all these districts. It’s now clear that the backlash against Trump is the most consequential fact of American politics.

Other right-wing narratives died as well. Anti-Obamacare sentiment was once an asset for the Republican Party. Not anymore. On Tuesday in Virginia, the exit poll found that health care was the top issue in the governor’s race, named by close to 40 percent of voters. Health care voters backed Northam by better than 3-to-1. In Maine, voters defied their erratic arch-conservative governor, Paul LePage, and voted for the ACA’s Medicaid expansion.

The gun issue was supposed to hurt Democrats whenever it was salient. It was the No. 2 issue in Virginia, after health care. But in an historic rebuke to the National Rifle Association, voters who said they cast ballots on gun policy split narrowly. Sane gun policies are no longer a political third rail. It’s time for fearless opposition to the NRA’s extremism.

The alibis of those whom the voters rejected were another source of satisfaction for the anti-Trump movement. Trump, as is his habit, chose to live in his own factual universe. Having tweeted his strong support for Gillespie when Election Day dawned, he didn’t even wait for all the ballots to be counted to rebuke Gillespie because he “did not embrace me or what I stand for.”

Trump, as is his habit, chose to live in his own factual universe.
sharetweet

Republicans take note: You can demean yourselves all you want by trumpeting Trumpian themes. It won’t buy you gratitude, and—except in the most deeply red parts of the nation—it won’t buy you victory. The leader of your party is a boor, an ingrate and, as Northam declared in his effective Democratic primary advertising, a “narcissistic maniac.”

Perhaps even more revealing was the response of Jerry Falwell Jr. Those who lose usually try to figure out why the voters rejected their side. Not Falwell, who proposed shipping the voters of northern Virginia, known locally as “NOVA,” somewhere else.

“DC should annex NOVA and return the governance of VA to Virginians!,” Falwell tweeted. “The founders intended DC to include all fed employees who are conflicted.” Sorry, Jerry, but northern Virginia is full of entrepreneurs, professionals and immigrants or their children who have nothing to do with the federal government—which, by the way, won the Civil War, even if many on your side still seem to revere the Confederacy.

But Falwell’s tweet was instructive in another respect. Republicans really do want to retreat into their own world. Already, the meme on the right is that the GOP will be fine as long as it passes an oligarchic tax bill that redistributes money away from wage and salary earners and toward corporations, the heirs to big fortunes—and, well, to people like Trump. Self-deception is the most dangerous habit in politics.

And thus a brief memo to Democrats: You’d be fools to descend into sectarian infighting between your moderate and progressive wings. The results on Tuesday showed that voters across a broad spectrum backed candidates of various ideological hues to demand a new political direction. Your first job is to rally what we now know is an American majority that sees Trump’s presidency as a disaster for our nation.