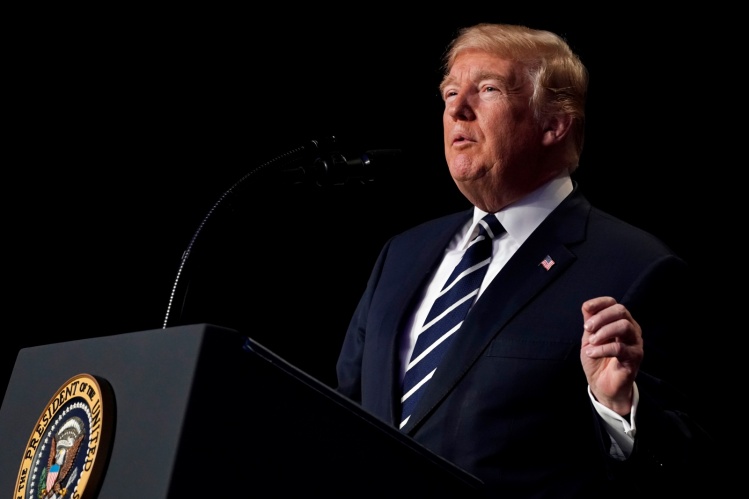 A little more than a year into Donald Trump’s make-it-up-as-you-go presidency, the bizarre has become routine, and part of the new normal is a certain rumbling in the deep structures of government, signaling tectonic conflict between a bellicose populist president and our political institutions. Who will be the President’s “deep-state” enemy du jour today? The FBI? The State Department? The Justice Department?

Trump’s errant behavior, and the allegations of rampant incredulity among his advisers that were contained in Michael Wolff’s book (and seconded now by Reince Priebus, who tells us to “take everything you’ve heard and multiply it by fifty”), raise the prospect of extreme scenarios (impeachment; removal according to the 25th Amendment), and cue a daily referendum on whether Trump is mentally fit to govern. A Yale professor of psychiatry recently edited a book titled The Dangerous Case of Donald Trump: 27 Psychiatrists and Mental Health Experts Assess a President, claiming that Trump is “unraveling”—a widespread perception that occasions such highly orchestrated presentations as the televised immigration roundtable last month, clearly designed to demonstrate that our President is still relatively raveled.

These theatrics are playing out against the background of the ever-expanding Mueller investigation, burrowing silently like a groundhog beneath the foundations of the Trump presidency. I occasionally listen to Rush Limbaugh and Sean Hannity, unofficial propagandists for Trump, to gauge how the demagogic pot is being stirred on the pseudo-populist right. For many weeks now, Rush and Hannity have been pounding the drums against Robert Mueller, making it clear that Mueller’s investigation is a groundless and vicious liberal conspiracy. Such fulminating insinuation has long been an entertainment staple for talk-radio audiences (liberals are unpatriotic socialists who hate America; the academy and mainstream media are engaged in a liberal plot to destroy our country; and so on), but these days its political function seems increasingly clear—namely, to lay the groundwork for public acceptance of Trump firing Mueller.

The implications of such an action—specifically for the Mueller investigation but more broadly for our politics—were summed up in spot-on fashion in a Times op-ed some weeks back, “The Real Coup Plot is Trump’s,” by Yascha Mounk, a lecturer in government at Harvard. Having grown up in Russia, Mounk knows a thing or two about demagoguery and its uses. His op-ed called attention to the degradation of the very idea of factuality that has accompanied Trump’s accession into public life, reminding us that the term “fake news,” which Trump brandishes so vehemently, originally referred to the chronic dissembling perpetrated by the Trump campaign -- but that the candidate “quickly appropriated the term” to use against journalists and news organizations whose coverage he disliked.

Now the Mueller investigation is being branded as fake, in an effort to undercut and discredit it in the same way. Mounk quotes Fox News host Jesse Watters, who recently made the kind of assertion Limbaugh and Hannity spew out day after day: that Mueller’s investigation aims to “destroy” the Trump presidency “for partisan political purposes,” that the goal is “to disenfranchise millions of American voters,” and that as a result, “we have a coup on our hands in America.” Hannity subsequently reiterated this theme when he claimed that Mueller has put the country “on the brink of becoming a banana republic.”

Here we see the purest kind of demagogic projection—for in truth, the real coup lies in the maneuverings of those who are calling Mueller’s investigation one, and the real banana republic would be the one where Trump had free rein. Mounk makes clear that Trump’s dissembling is no mere carelessness or personal failing, but rather a tactic with ultimate designs. There’s a method to his mendacity, one that works in cooperation with Limbaugh, Hannity, et al. “Mr. Trump, Fox News and Republicans in Congress,” writes Mounk, “seem to be actively using falsehoods to prepare an assault on the institutions that allow American democracy to function.”

Once any string of words is considered as true as any other, any course of action comes to seem as legitimate as any other.
sharetweet

Mounk notes that politicians in all democracies routinely lie to cover up scandals or embellish accomplishments; nothing new there. “But the construction of an alternate reality that obviates the very possibility of conducting politics on the basis of truth is a novelty in this country,” he writes. “And it is increasingly becoming obvious that it will serve a clear purpose: to prepare the ground for egregious violations of basic democratic norms.” He continues with an assessment that sums up the bizarro-world quality of so much public discourse in the past year:

Once any string of words is considered as true as any other, any course of action comes to seem as legitimate as any other. One moment, Mr. Mueller is a respected civil servant leading an important investigation at the behest of the Justice Department. The next, he is plotting a coup — potentially committing treason, a felony for which the law demands the death penalty. By the same token, Mr. Trump would, at one moment, be scandalously overstepping the bounds of his rightful authority in firing Mr. Mueller or pardoning his closest associates. The next moment, he would be valiantly defending the Republic.

Mounk assesses the claims being made against Mueller as “patently ridiculous,” pointing out that Mueller is a lifelong Republican who was appointed FBI director by George W. Bush – “and yet he is now being maligned as a Democratic stooge out to sabotage the Republican Party.” That notion is laughable, Mounk observes. “But over the past months, we have seen how quickly many citizens can come to believe claims that once seemed ridiculous.” And that is a perilous political dynamic. Mounk points to the cautionary examples of Turkey and Hungary (and I would add Poland), where authoritarian populists have used inflammatory demagoguery to undermine democratic institutions and practices, and concludes that “pundits and politicians who have helped to delegitimize Mr. Mueller and his investigation over the past weeks are making themselves active accomplices in a deliberate assault on our democracy.”

If you read Mounk together with this study of the relative mendacity of Obama and Trump as presidents, which reveals that Trump told six times as many falsehoods in his first year of office as Obama did in his entire two terms, you get a frankly Orwellian sense of Trump's modus operandi, and of the dark place we are headed toward. How to live with a president who habitually engages in reckless untruths? Do such things as facts and non-facts, truth and lies, even exist any more? With Trump leading the charge, and Limbaugh, Hannity, et al providing the agitprop, we drift toward a point where no one is willing to accept a politically inconvenient fact; where only useful fictions matter. Take, for instance, the reporting showing that more than half of all Republicans believe that Trump actually won the popular vote in 2016, and then had it stolen from him, as he has incessantly and falsely claimed. Republican establishmentarians may not believe this, but they cynically tolerate, and benefit from, voters who do – the hard-core Trump supporters who swallow such canards and metabolize them into established facts.

Thus do we creep ever closer to the prediction, notoriously made by Karl Rove back in 2004, that American politics is abandoning “the reality-based community,” which he contemptuously defined as those who “believe that solutions emerge from your judicious study of discernible reality.” It was a breathtakingly Orwellian assertion of power’s contempt for truth—and fourteen years further down this road, the entire political culture seems to have capitulated to it.

To be sure, not everyone is on board with the idea of firing Mueller. A few weeks ago, the Washington Post reported on two letters, signed by forty Republican former U.S. attorneys and government officials, demanding that Mueller’s investigation be allowed to proceed “free from interference or fear of reprisal,” and insisting that efforts to discredit Mueller’s work “undermine the institutions that protect the rule of law and so our nation.” So far, the White House has continued to hew to the line that Trump has no intention of firing Mueller, and has intermittently implied that Trump will soon meet with him – even as Trump continues to rail against the investigation as a “witch hunt.” And as Richard Painter and Norman Eisen pointed out in another Times op-ed, firing Mueller is not the only way to blunt and limit the investigation. Trump can use budgetary and/or time controls, the issuance of pardons, and continued public smearing of Mueller’s motives, resorting to outright firing only if those efforts fail.

Until then, we can expect to hear more trash talk from Rush, Hannity, and the many others on the right who are doing the dirty work of undermining democratic modes and norms, taking us ever further down into the vortex of cynical manipulation that day by day is exemplified, and deepened, by our president.