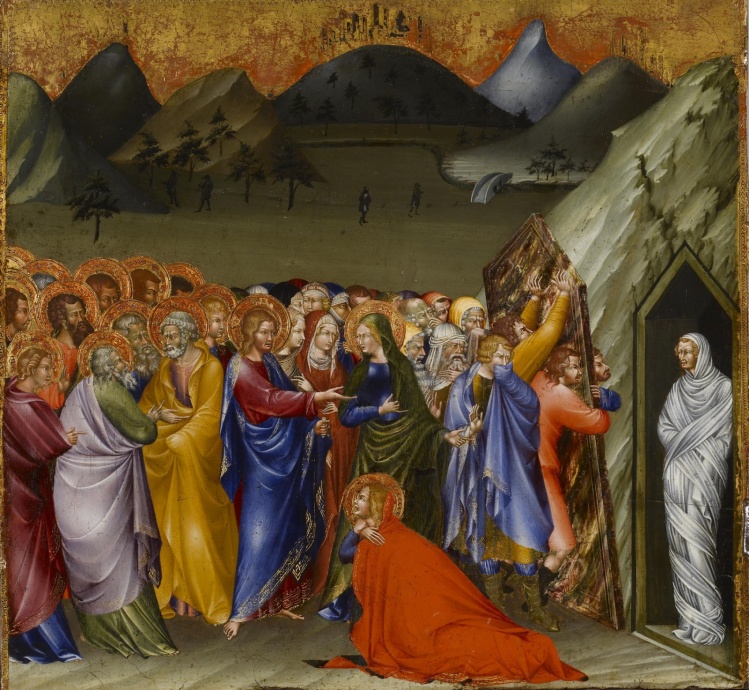 In the biblical story of Jesus raising Lazarus from the dead, the deceased receives a shock when he is unexpectedly ripped from the other world and returned to ours. So certain was Lazarus’s death—pronounced four days earlier—that the narrator of the story cannot even bring himself to call the revived man “Lazarus,” referring to him instead as “the dead one.” Apparently, no one else present at the miracle is quick to recognize Lazarus either, for Jesus has to command those attending the funeral to “release Lazarus from his grave clothes and let him go.” Wrapped fast in reeking bandages, Lazarus remains immobile in his tomb, like a mummy awaiting total reanimation.

Only recently have I begun to understand something of Lazarus’s situation in that pregnant moment at the tomb. I have cystic fibrosis (CF), a genetic disease that affects my entire body, but most seriously my lungs. For most CF patients, this condition makes a cruel companion in life, complicating and interrupting daily tasks with time-consuming treatment regimens, derailing plans with frequent and unpredictable hospitalizations, and, most ominously, threatening premature death. In 1980, the life expectancy for people living with CF was less than twenty years; before that, few made it past childhood.

But a new light has appeared on the horizon. Indeed, it would not be too much to call the past five years—and especially the past year—the critical juncture in the history of cystic fibrosis. Over the past thirty years, treatments for the symptoms of CF have steadily improved the quality of life and increased the life expectancy for people with the illness. But today, for the first time in our history, medicine is available that doesn’t just treat the symptoms of CF but addresses its root causes. These new drugs are classified as “Cystic Fibrosis Transmembrane Conductance Regulators” (CFTR or “modulators” for short), and their basic function is to enable the CFTR proteins to operate within the cell. When these proteins function inefficiently or not at all, thick mucus overruns the body, leading to organ malfunction, increased infection, and airway clogging. The ultimate result is death.

The first generation of CFTR modulators appeared in 2012 under the name Kalydeco, but that drug could treat only 4 to 5 percent of the seventy thousand people who suffer from CF worldwide. That changed in 2015, when the modulator underlying Kalydeco was combined with another to produce a drug known as Orkambi. With this new combination, more than 40 percent of CF patients could benefit from the medication—including me. Then, in October 2019, the FDA approved Trikafta, the first triple-combination modulator. Now 90 percent of CF patients can receive this life-altering treatment. These medicines have been greeted with something like a messianic fervor, and rightly so: for the CF community, this is our Lazarus moment.

Trikafta has been nothing less than a revolution for those suffering severely from this disease. Over the past months I have read hundreds of testimonials from fellow CFers who are living a new, resurrected life. Their lung function has skyrocketed by 20, 30, even 40 percent, allowing many of them to be removed from lung-transplant lists; mothers with CF now expect to live long enough to see their children grow into adulthood; students have resumed their college studies after being forced to drop out because of CF; newfound breathing capacity allows patients to run miles. One story that particularly struck me: a man shared that for the first time in years he was able to put fitted sheets on his bed without collapsing in exhaustion. Life—in all its texture, joy, and possibility—is being returned to those born with this disease.

Life—in all its texture, joy, and possibility—is being returned to those born with this disease.
sharetweet

I began taking Orkambi in 2015. I remember how, when I first swallowed those two pink pills, I crossed myself and said a prayer. In 2018 I switched to another, more powerful version of the same drug, Symdeko. And with its release in November 2019, I began Trikafta, which I am certain will be remembered decades from now as the quantum leap forward in CF care. I have already tasted the fruit of these miracle pills—my lungs clear more easily than before; antibiotics function with greater efficacy; hospitalizations occur less frequently than in years past. Most importantly, my lung function—which was on a trajectory of decline starting in my twenties—has reversed, reaching 100 percent in 2020. In most ways, my breathing today is as healthy as that of someone without my illness.

Like so many others with this disease, I have stood at the door of Lazarus’s tomb. These days, I imagine a different future ahead of me. I picture a life with less disappointment due to sickness and more opportunity flowing from health, a life more free to tackle other problems, such as alleviating the suffering of others. In short, I see a life beyond the constant awareness of death’s approach.

Yet, like Lazarus, I’m still waiting to be unwrapped to new life. After living so many years in decline and foreboding, it has proved difficult for me, as for many others with CF, to adjust to the new day’s light. For those of us who have lived with the severe anxiety and depression stemming from our disease, it takes effort to know and feel ourselves as more than “the dead ones.” Hope is a muscle we must learn—and be taught—to use once again. Complicating our hope is the reality that our own improved health has not caused our CF to disappear; challenges persist because these drugs affect patients in different ways, and because side effects from Trikafta can cause significant strain. While the prospects of those born with CF today are better than even the most optimistic among us could have imagined not so long ago, those of us who have already endured the illness for decades will continue to struggle with its lasting damage. Some will find tremendous healing; others, only minor improvement. In short, our “grave clothes” will not come off so easily, and we still require the help of physicians, nurses, social workers, therapists, clergy, friends, and family to orient us to our life after death.

Moreover, in this time of hope we remember the friends, siblings, children, and even parents with CF who died before the advent of these treatments. When I think of them I recall the words with which Martha, Lazarus’s sister, greets Jesus when he arrives at her brother’s tomb: “If you had been here sooner, my brother would not have died.” Those who have found healing during this Lazarus moment should take care not to forget the pain of those still grieving the loss of a loved one to this terrible disease. Neither can we lose sight of the 10 percent of people with CF for whom even Trikafta is ineffective—their plight must remain at the forefront of new research.

Finally, many around the globe are incapable of reaping the benefits of these new drugs because of their astronomical cost. Vertex Pharmaceuticals, the company that developed these drugs—with the financial backing of the donor-funded nonprofit Cystic Fibrosis Foundation—is to be praised for its monumental achievement. But the drugs remain too expensive, and patients all over the world (and as nearby as Canada) have suffered and died while their governments attempt to broker prices suitable to both parties. Many patients in the United States, where the drugs can cost as much as $311,503 a year, fear that their health insurance will one day deny them the coverage they need (though Vertex’s admirable patient financial-support services should not be overlooked). Anxieties run high precisely because the promise is so great. Work remains to be done on multiple fronts to alleviate these fears, and to ensure that all who suffer from this dreadful illness can experience the miracle that, just a few decades ago, we could only dream of.

The coronavirus pandemic poses a special danger to people with CF who already suffer from compromised immune systems and damaged lungs. How the CF community will be impacted by this new threat remains to be seen, although after a lifetime of mask-wearing and social distancing, many with CF have been oddly prepared for COVID-19. Nonetheless, for those only now savoring renewed strength and health, the timing of this pandemic seems like a cruel cosmic joke. It helps in this moment to remember that the Lord’s miracle was never a guarantee that Lazarus would not die once more. The gift of health is precious and precarious, a truth people with CF live more intimately than most; ultimately, it is not given to us to know the future. Still, now is also a time to celebrate, for Lazarus “was dead and has come to life.” 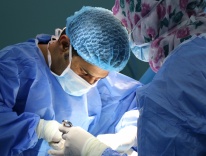