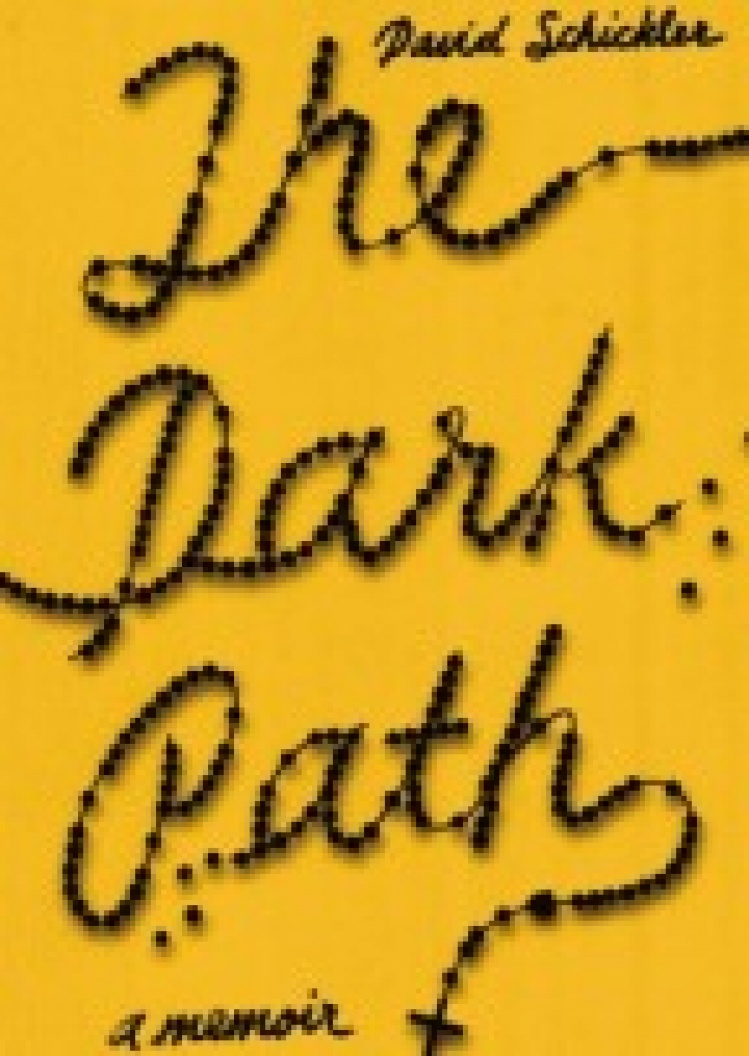 David Schickler’s disarmingly glib spiritual memoir opens at Easter Mass in 1980, when he’s a ten-year-old in Rochester, New York, attending church with his family. The boy’s attention is divided between a girl who’s sitting three pews back and the compelling celebrant of the Mass. The girl has key things in common with Schickler—“we each have four syllables total in our names and both our last names end with -er. David Schickler. Caitlin Brenner”—so she may well be fated for him. The priest, meanwhile, is a dynamic missionary. “He makes my blood jump, too. Not romantically, the way Caitlin does, but spiritually and deeply anyway. He’s powerful because he’s a priest, but he’s also just cool.”

In a few strokes, Schickler has set up the twin impulses that propel his provocative and ambitious book. He loves girls to the point of distraction, is fascinated by them, moved by them, pulled to them, wants to marry and sleep with them; he is also drawn to Catholicism and specifically, he thinks, to its priesthood—which is, problematically, celibate. So what’s a passionate young man to do?

As The Dark Path follows Schickler from Rochester to Georgetown, then to graduate school at Columbia, and then to careers in teaching and as a writer, he continually battles with the elements that lure him: over here a sexy girl beckons; over there a Jesuit retreat inspires. The “dark path” of the title is a real one running behind Schickler’s childhood home, to which he returns repeatedly, in actuality and in reverie, because it’s the place he believes he can best hear God’s voice. That it’s dark (what with being in the woods) is apt, because dark, mysterious, ominous, challenging Catholicism is the Catholicism for Schickler, while what he perceives as its chirpy, feel-good variety—religion that’s too antiseptic—is anathema.

Schickler introduces his disdain for “white glove,” feel-good faith early on, when the family’s pastor comes to dinner, tousles young David’s hair, and asks if he expects to win some goldfish at the upcoming parish fair, or perhaps “a nifty stuffed panda.” “Nifty, I think, and I get my headachy, nauseous feeling. It happens when I’m around God people, priests or nuns, and they talk all bubbly-safe, meaning all chipper and scrubbed too clean.”

Schickler’s conviction, carried through the entirety of The Dark Path, is that overly pretty takes on Catholicism are, if not entirely dishonest, then at least somewhat dissembling: They miss the truths about real life that are exactly what religion should address. “I like abiding in darkness,” he explains a few pages after the panda incident, recalling his youthful take on faith. “I like the dark path, the low, forever shadows among the trees. For me, God is in the darkness. He’s not a devil, or a tree, or a wood sprite. He’s the Lord, he just happens to be in darkness. I feel restful knowing that He’s there and I love Him, but I can’t explain why I find Him where I do.” This philosophy, however, gets Schickler only so far, and he grows steadily less confident about aspects of his faith as The Dark Path unfolds and experiences, some quite grim, impinge on him.

The book provides shadows, shocks, heartbreaks, and offenses: there’s thuggish fornication; brutal, alarming anti-Semitism (it’s harrowing to hear this was going on at a Jesuit university twenty-five years ago); kinky sexual encounters. (As he matures, Schickler develops an elaborate Catholic sexual mathematics that lets him do lots and lots and lots with the girls, as long as he doesn’t have “full-on” intercourse.) The simple setup—girls vs. priesthood—becomes a platform for a constant, vigorous questioning of how to live life and what to do about the fact that Catholicism so often strikes Schickler as unappealingly saccharine as well as compulsively negative regarding sex.

Shickler is a gifted writer—his eventual success as a short-story author, novelist, and Hollywood screenwriter aren’t covered in the memoir, but his storytelling prowess is on constant display. He lets David Schickler the character come across as more than half a nut. Obsessive, compulsive, petulant, evasive, and self-pitying, if chatty and charming and witty, the protagonist has habits and patterns that the reader figures out before he himself does. Everything Schickler takes on, he takes on intensely. He runs like crazy; he gets mono in his first days at Georgetown and lies around for weeks like a dissolute character in a Victorian novel; later, he pushes himself to the literal breaking point with karate. The struggling, striving, and fighting go on and on, impassioned and often comic.

It’s not too much of a spoiler to report that, in one way or another, both Schickler’s faith and his affection for women survive through the end of the book. What appear to the young David to be opposing desires—to want to live in the now, in the grit of real, sensual life, to sleep with the girls; and to hear God’s voice and its call to holiness, maybe the priesthood—turn out to be complementary impulses. As Schickler discerns his calling to be an author and questions his priestly vocation, The Dark Path turns into a book about the creation of a teacher and writer as well as about the ongoing formation of a Catholic. Schickler’s dilemma motivates him to be creative: to observe, consider, sublimate, and recombine experience into stories. God and Catholicism and the passionate pursuit of life, it seems, are part and parcel, inextricably linked.

Jerome Kramer, a writer, critic and editor, is the former editor of Book Magazine, Kirkus Reviews, and the Book Standard. He lives on Manhattan’s Upper West Side.