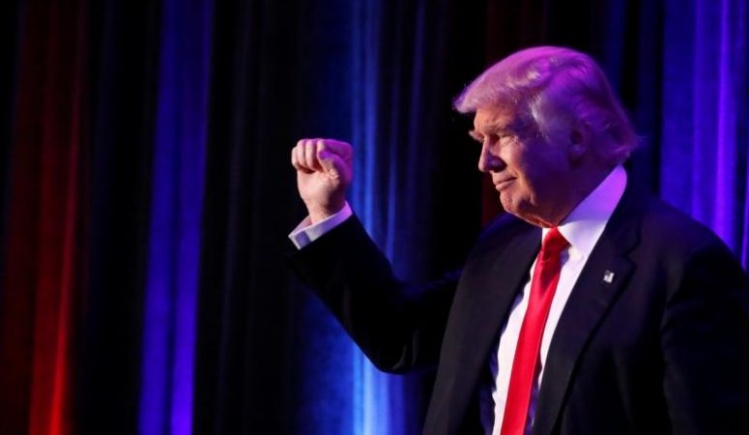 It seems unlikely, but perhaps the enormous responsibilities of the presidency will calm Donald Trump down and sober him up. Or so we should all pray. In fact, prayer may well become the default political option over the next four years.

Trump’s surprisingly gracious acceptance speech gave a faint hope of such an unexpected prospect, but his mercurial conduct during the campaign and the lugubrious gang of right-wing political has-beens and media hucksters he has surrounded himself with does not bode well for the republic. All three branches of the federal government are now in the hands of a Republican Party far more radical and heedless than the so-called Party of Reagan. House Speaker Paul Ryan promises to privatize Medicare, the first step in dismantling the welfare state he and his fellow conservatives believe deprives the poor of initiative and dignity and the economy of vitality. Trump’s nominee to the Supreme Court will surely move that institution more securely into the grip of corporate America, while strengthening the hold the wealthy have on politics and further restricting the right to vote. Dramatic increases in defense spending are in the works. Few of his supporters believe Trump will actually build a wall, but a “deportation force” is on the way. As far as the accomplishments of the Obama administration, the Affordable Care Act, executive action to forestall climate change, and the nuclear deal with Iran are all endangered. Taxes on corporations and the rich will be cut significantly. President-elect Trump has renewed his welcome call for massive infrastructure spending, but those projects will probably be put in the hands of private corporations instead of government, creating the potential for fraud and self-dealing on a truly Trumpian scale.

Will President Trump make good on promises to take revenge on his adversaries? Will the Department of Justice and the FBI be politicized, and political protest suppressed? Will he “lock her up”? One can never be sure what Trump will do or say next. But it is not unreasonable to fear that he will govern as he campaigned—as an authoritarian, a threat to the rule of law, and an agent of disorder on the world stage. When he reaches for the vast powers of the federal government to intimidate his political opponents, he must be opposed, both by Democrats (whose strategies and policies need rethinking) and principled Republicans. Much, in fact, will depend on Republicans whose first allegiance is not to their party or its leader, but to the Constitution and the nation’s democratic institutions. Some reassurance can be found in the strength of our constitutional system of checks and balances, but that system is now likely to be tested in unprecedented ways. In the campaign, Trump showed himself to have no regard for the truth and no respect for democracy itself. There is little reason to think that will change now.

It is useful to remember that voter turnout was low, and that Trump—like the last five of six Republican candidates—lost the popular vote. Suppressing the vote, in fact, was part of Trump’s strategy. If he was the beneficiary of a populist revolt, he was still not the most, or even a very, popular candidate. Trump won the election largely thanks to the votes of white working-class Americans without a college degree from the rural Rust Belt. By large margins, he won counties that had voted for Obama in 2012. Economically insecure older white voters, dismayed by the eclipse of a culture once defined by their values, rallied to his cause. They expressed an inchoate demand for change, and what Hillary Clinton and the Democrats offered was mainly more of the same. Trump voters may not have taken his outlandish promises and incendiary rhetoric literally, but they seem to sincerely believe that he is going to shake things up in Washington. What they are likely to get, however, is a sustained assault on the federal programs that have provided a measure of security for working- and middle-class Americans in old age, in ill health, in the workplace, and when misfortune or disaster strikes. What they certainly will not get is a renaissance of manufacturing jobs, which have disappeared more because of automation than because of bad trade deals or immigration.

Republicans have long promised that low taxes, reduced business and financial regulation, climate-change denial, and broader competition in the health-care industry will usher in a new era of prosperity. It seems unlikely that this program will help the people who voted most enthusiastically for Trump, but Republicans now have the power to implement it. Their success will not be measured by the size of the GNP, technological innovation, or the “greatness” of America. It will be measured by how it improves the conditions and well-being of the vast majority of Americans, especially the poor, and whether the institutions and habits of self-government are handed on intact to subsequent generations.