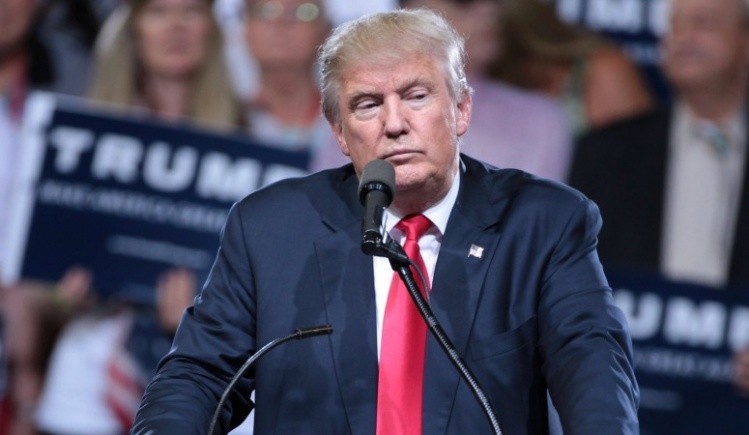 Political arguments are rarely gentle or polite anymore, so it was a gift to see two Republicans who passionately disagree about what Donald Trump means for our nation hash out their differences with grace. Their exchange helps explain the mess Trump has made of his campaign.

One clear indicator: Trump has handed Hillary Clinton a substantial lead in this former bulwark of conservatism. He is thus speeding along a process by which Virginia, a state that voted for Republicans in every election from 1968 to 2004, finds itself on the verge of becoming reliably Democratic in presidential contests.

My window into the intra-Republican split came courtesy of a lunch here with Russ Potts, a genial moderate Republican legend who spent 16 years in Virginia's state Senate, and his friend and business protege Zach Franz. Potts, 77, is president of his own sports marketing company of which Franz, 33, serves as senior vice president. They have been through the business wars together, but have very different views of 2016.

Potts speaks with pride of his time in the Virginia Legislature—"the oldest continuous legislature in the free world," he says, reflecting a devotion to the past that is very Virginia—and this has endowed him with a certain attitude toward politics. "I love the decorum and the history and the civility." None is a word associated with Trump.

"He doesn't make the cut for a lot of reasons," Potts says, and he ticks off a comprehensive critique of Trump in bullet-point style, including references to the nominee's disrespect toward the parents of a fallen Iraq veteran and a disabled journalist: "Character; six times he resorted to bankruptcy; and numerous times he cheated these poor souls who did his drywall or fixed his restaurant, plumbers and electricians....Also, it really bothers me about the way he has treated the Muslim family, the way that he embarrassed the New York Times reporter."

Potts plans to vote for Clinton, only the second time in his life he has voted for a Democratic presidential candidate. The last time was in 1964 when he voted for Lyndon Johnson in the landslide that buried Barry Goldwater.

Franz clearly admires his mentor, but he is a Republican sticking with Trump. He's part of an important piece of Trump's constituency that gets less media attention: Franz sees Trump as fundamentally moderate on social issues and is not brimming with red-hot anger. He describes himself as a father and "a guy in his mid-30s who is pro-business and pro-what's best for our country."

He favors Trump because he sees him as having "a better chance of making the appropriate changes that need to be made." When it comes down to it, he says candidly, "it's either no track record, or bad track record, in my opinion. So, I'd rather go with zero track record."

Franz's comments reinforced the main critique leveled against Trump by Republican pros: If their nominee would only run as a "change agent" and stop getting in his own way, he would not be in the hole he's in.

But that is where Trump finds himself, and Virginia is a state where he cannot afford to offend so many upscale voters—and where his coarse rudeness will never go down well. In a telephone interview, Rep. Don Beyer, a Democrat from Northern Virginia, cited an old adage: "Virginians will vote for someone they feel comfortable having in their home for a cocktail party." Trump, he says, doesn't make the cut, adding: "All the defects of Trump hit home most securely with people who are smart, educated and sophisticated."

Rep. Gerry Connolly, another Virginia Democrat from Washington's suburbs, says such voters have revolutionized Old Dominion politics. North of the Rappahannock River, Connolly says, "Virginia looks more like a mid-Atlantic state than a Southern state." The vast suburban vote near the nation's capital was key to President Obama's ability to carry it twice and to what Connolly sees as a very nearly insurmountable lead for Clinton this year.

That an alliance between suburban voters and African-Americans is turning Virginia presidentially blue is especially alarming to Republicans because the same pattern is repeating itself in North Carolina and is making Georgia close. Unless Trump finds the discipline to listen to advice from supporters like Franz ("if you keep doing the things you're doing, you know, lambasting people and speaking off the cuff randomly, you won't win"), he could help Clinton solidify a great transformation in the geography of American politics.

From the desk of Napoleon