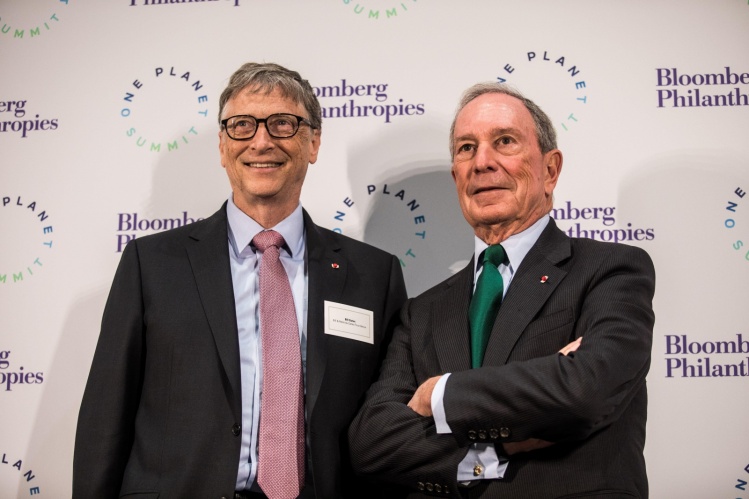 During last fall’s negotiations in Congress over President Biden’s ill-fated “Build Back Better” package of social, environmental, and labor legislation, Senate Democrats put forward an intriguing plan for a new tax on the very wealthy. The proposal, which would have applied only to a few hundred of the highest net-worth Americans, called for treating “unrealized capital gains” as taxable income. Unrealized capital gains are the increased value of investment assets that are held without being sold. The proposal was presumably designed to win the support of the inscrutable senior senator from Arizona, Kyrsten Sinema, who had previously declared her opposition to any increase in personal or corporate income-tax rates.

Whether anything can win the support of Sinema—or of her fellow Senate enigma Joe Manchin—remains to be seen, but the Biden administration appears to be keeping hope alive. As part of his budget proposal for the next fiscal year, intended as a starting point for a new round of negotiations over his domestic priorities, President Biden has unveiled a new “Billionaire Minimum Income Tax” (BMIT) that resembles the Senate Democrats’ idea from last autumn. Any taxpayer with a net worth of more than $100 million—around one one-hundredth of 1 percent of American households—would pay at least 20 percent of their “full income” in federal taxes, where full income is defined to include unrealized capital gains. For example, someone with a net worth over $100 million who bought stock worth $1,000 in January 2021 and saw its value increase to $5,000 by the end of the year would have owed taxes in 2022 on the $4,000 difference, even if they never sold the stock. (Someone worth less than $100 million who engaged in the same transaction would have owed nothing.)

The objective of such a policy is to ensure, in the administration’s words, that “the wealthiest Americans no longer pay a tax rate lower than teachers and firefighters.” Because income taxes are currently assessed only on realized capital gains—or the difference between the value for which an asset is sold and the price at which it was purchased—many among the ultra-rich are able to evade taxation by never actually selling their assets. Instead, they obtain whatever income they need for consumption by taking out loans secured by their holdings—and paying these off with other loans later. Since interest payments on these loans are often less than what would be owed in capital gains taxes, it can be highly lucrative for the very wealthy to pursue a tax-avoidance strategy that allows them to “buy, borrow, and die” without ever owing anything.

Still, the BMIT is intended to be a kind of income tax, and does not go as far as taxing the underlying wealth itself, a policy advocated in recent years by figures like Sen. Elizabeth Warren and Sen. Bernie Sanders. Nevertheless, the recent discussion around wealth taxes has no doubt helped to shift the Overton window far enough to put the notion of taxing unrealized capital gains well within the mainstream of Democratic policy discourse.

The BMIT raises some of the same questions that would be faced by a wealth tax, such as how to value assets that are not publicly traded, like ownership stakes in private companies, or how to pay taxes on illiquid wealth that cannot easily be turned into cash. Manchin, for his part, has already complained that you “can’t be taxed on things you don’t have,” or that you might have only “on paper.” Oddly, no one ever seems to raise this objection against the concept of property taxes, which are nearly ubiquitous and assessed on illiquid assets (houses and land). Critics of wealth-tax proposals have also charged that they are probably unconstitutional, since the Constitution prohibits “direct taxes” on individuals and the federal income tax is only permitted because of the Sixteenth Amendment, ratified in 1913. Even if public support for taxing the wealthy more aggressively remains high, a BMIT would almost certainly attract legal challenges based on the theory that unrealized capital gains are not truly “income.”

Many among the ultra-rich are able to evade taxation by never actually selling their assets.
sharetweet

These challenges are not insurmountable. Plenty of situations call for valuing closely held businesses and other assets that are not publicly traded: these include mergers and acquisitions, divorce proceedings, or disputes among shareholders. As for concerns about money being tied up in assets that cannot be readily sold, the Biden proposal would allow those who deem themselves liquidity-constrained to defer tax payments for several years (with interest). One wonders how many people would really need such an exemption. As the economists Emmanuel Saez and Gabriel Zucman wrote in their defense of Warren’s plan, “the notion that someone worth $100 million doesn’t have enough cash on hand to pay a $1 million tax…is self-evidently absurd.”

Nor is the constitutional case against any kind of wealth tax open and shut. In early 2021, Warren released letters from more than a dozen law professors arguing that Congress does in fact have the power to tax wealth, with one pointing out that the Constitution’s definition of an impermissible “direct tax” involves only “capitation taxes,” or those levied per person, as well as taxes on land alone, but not those on “other activities or bases.” And if a wealth tax would pass constitutional muster, so would Biden’s BMIT.

To my mind, the larger question is not whether the BMIT is a good idea—the White House projects that it would raise more than $300 billion over a decade, and from the right people—but whether it goes far enough in recognizing the societal threat posed by extreme inequality. The press release describing the BMIT proposal explains that “President Biden is a capitalist and believes that anyone should be able to become a millionaire or a billionaire”—a statement that capitalism itself renders essentially self-contradictory, and one that naïvely ignores the reasons why, in the words of Rep. Alexandria Ocasio-Cortez’s former advisor Dan Riffle, “every billionaire is a policy failure.”

Plutocrats use their loot to influence the political system both directly, in the form of campaign contributions and donations to super PACs, and indirectly, through expenditures on lobbying, policy shops, and media organizations that shape the information environment. This ensures that the idiosyncratic preferences of a tiny few, rather than the needs of society as a whole, determine how vast amounts of capital are allocated. In response to the suborbital space flights by Jeff Bezos and Richard Branson in 2021, Sanders lamented how “here on Earth, in the richest country on the planet, half our people live paycheck to paycheck, people are struggling to feed themselves, struggling to see a doctor—but hey, the richest guys in the world are off in outer space!”

Even many of the Founding Fathers, who were among the wealthiest men of their day and certainly no advocates of eliminating all of capital’s prerogatives, nevertheless understood how severe concentrations of wealth could be destabilizing to society. In The Citizens’ Share: Putting Ownership Back into Democracy, Rutgers University’s Joseph Blasi and Douglas Kruse and Harvard’s Richard Freeman write that prominent early-American statesmen like Adams, Jefferson, and Madison believed that “broad-based ownership would give many citizens a stake in preserving the political and economic system,” and that concentrated ownership would instead breed antisocial class resentments.

Going after this wealth is not only about raising revenue for public services; it’s also about taking back some of the power that modern-day oligarchs have arrogated to themselves. Just taxing unrealized capital gains will never deconcentrate enough wealth to make a difference: as Warren and Sanders have insisted, you have to tax the wealth itself. According to the Institute for Policy Studies Program on Inequality, the combined wealth of U.S. billionaires increased by about $1.7 trillion, or 58 percent, between March 2020, when the pandemic began to meaningfully affect the world economy, and May of this year. Even if 20 percent of those gains were taxed away, the net increase would still have been more than 46 percent over the course of two years—an astonishing rate of return even in the best of times, never mind during a global public-health crisis.

Instead of just using the proceeds from such a tax to pay for existing federal expenditures or finance new programs, we could use at least part of the extra revenue to finance the creation of a social-wealth fund—a publicly owned pool of investments that would pay a dividend to all Americans. The Alaska Permanent Fund, which was first established in 1976 and remains popular among the state’s residents to this day, provides a template for how to distribute capital income more broadly and thereby bring us closer to the Founders’ vision of a society in which everyone has some ownership share in productive property. Over time, this approach could begin to make a meaningful dent in wealth inequality in America—and in the dramatic imbalance of power that comes with it.

Jean-Baptiste Colbert, King Louis XIV’s finance minister, famously said that “the art of taxation consists in so plucking the goose as to obtain the largest possible amount of feathers with the smallest possible amount of hissing.” Today, a tiny number of geese are growing much bigger and more ornery than the rest of the flock. Plucking even a handful of their feathers tends to result in vicious pecking. We should certainly keep looking for new ways to collect those feathers, but we should also figure out how to keep these geese from growing so big in the first place.