By Kaitlin Campbell
Domestic Affairs
From the Archives 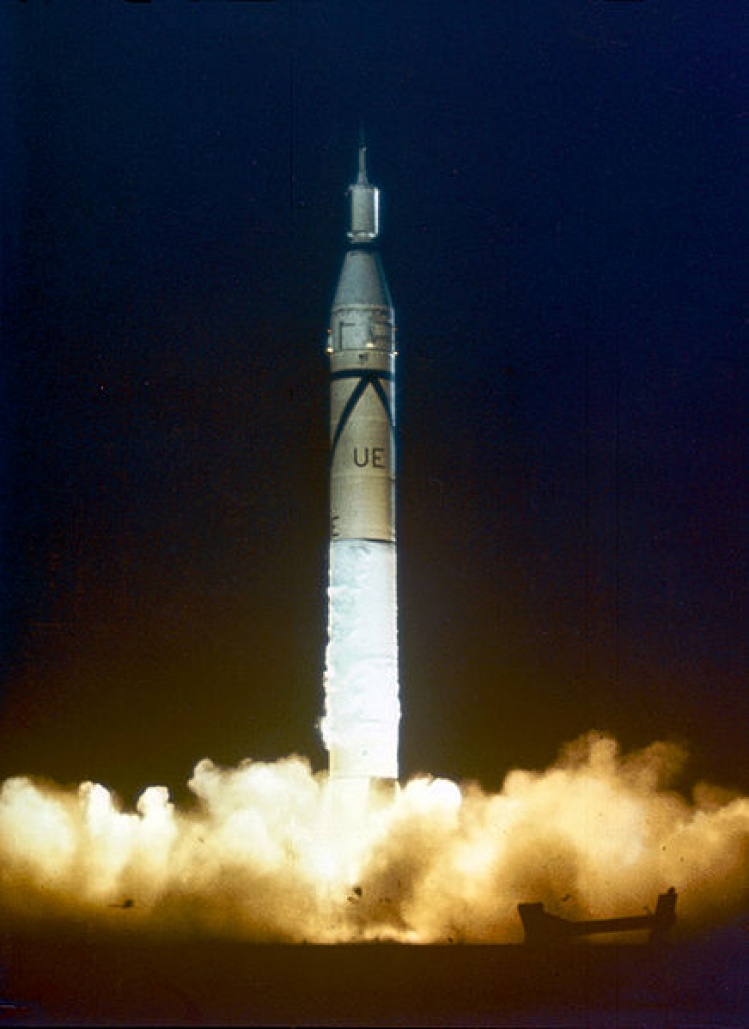 Space has been in the news: The Kepler telescope found five Earth-sized and possibly habitable planets oribting distant stars; scientists are able to predict the Earth is likely to be hit by more asteroids as often as every decade; and India became the seventh nation to launch a mission to Mars (four have been successful). This has us wondering – in all senses of the question – how did we end up here? And, how much has it cost?

For this Throwback Thursday we're linking to three articles from the Commonweal archives assessing the political, philosophcal, and financial implications of man’s first steps into space.

Scientist Charles M. Herzfeld wrote in 1958, a year after Sputnik and the seven other satellites soon launched by both the U.S. and U.S.S.R.:

The impact of the earth satellites on technology and the cold war are closely related. The large guided and ballistic missiles which play such a critical role in the cold war are also the tools used to launch the satellites. Thus the satellite programs have given added incentive to the expansion of the new rocket and missile industry. The development of special rocket engines, new fuels and special guidance systems is required, and because of the complexity of satellite and missile systems this demand affects large sectors of the aircraft, chemical and electronics industries.

Herzfeld contended that satellites could not be used as "launching platforms for missiles," but predicted that "some years from now satellites will be important observation and reconnaissance tools."

The expansion of the rocket and missile industry caused what John Hunt called an "Inner Space Race" in Washington. He wrote of the conflict between the Air Force and NASA in 1963 as one between "philosophies":

One philosophy, espoused by Eisenhower and officially by President Kennedy, at the insistance of the State Department, holds that U.S. rocketeering should be divided into two parts, to wit, war and "peace." The war missilery is considered useful for deterring the Russians and impressing the rest of the world with U.S. military strength. The ‘peace’ part is supposed to show off American scientific genius as superior to that of the Russian, and also to demonstrate America’s intention to build a better, brighter world with the new technologies and not just a more dangerous one.

Ronald Steel and William Lineberry wrote in 1963 on the controversies surrounding the budget for NASA:

Despite its humble beginning in the post-Sputnik year of 1959 with a $339 million budget, NASA has managed the remarkable feat of getting Congress to double its budget nearly every year until it is now asking $5.7 billion for fiscal 1964.

This proposal  – along with Kennedy’s $20 billion request for the Apollo mission – was met with scrutiny.

The Kennedy Administration [had] been issuing reams of publicity handouts to justify the scientific importance of the Apollo project. The nation’s scientists have been supporting the basic goals of the space program – although not necessarily the priorities of the moon landing project – largely because of its scientific importance. They continually stress that science should be the primary consideration in the program.

If [British physicist] Dr. Boyd’s estimate [that man is a nuisance in space] is correct, and if the Apollo can be kept within its $20 billion budget, that would make our man on the moon effort add up to $2 billion for science and $18 billion for a try at prestige.

Man is again extending into new worlds, and with him goes his potential for good and evil. If he has profited from his past experience, the good will far outweigh the evil, and men will formulate ethics and create institusions for the Space Age, rather than dismiss the whole challenge on a note of condemnation and ridicule.

Tags
Domestic Affairs
From the Archives