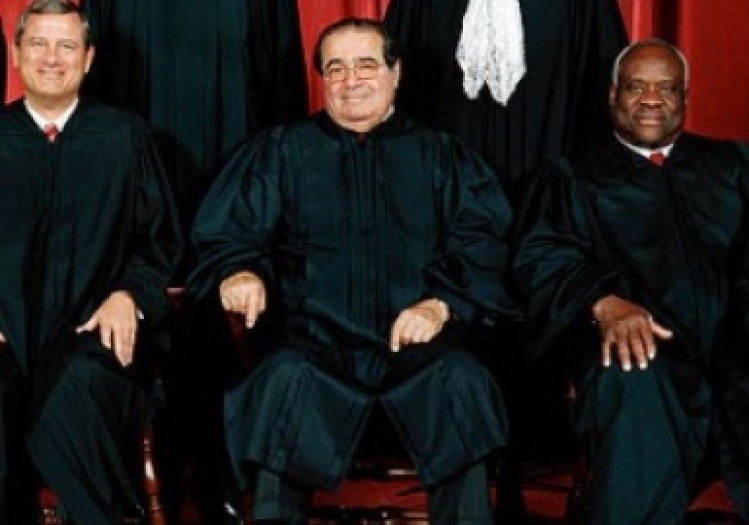 We prefer to think of the Supreme Court as an institution apart from politics and above its struggles. In the wake of this week’s decision gutting the heart of the 1965 Voting Rights Act, its actions must now be viewed through the prism of the conservative movement’s five-decade-long quest for power.

Liberals will still win occasional and sometimes partial victories, as they did Wednesday on same-sex marriage. But on issues directly related to political and economic influence, the court’s conservative majority is operating as a political faction, determined to shape a future in which progressives will find themselves at a disadvantage.

It’s true that the rulings voiding the Defense of Marriage Act and California’s Proposition 8 show how the liberalizing trend on some social issues is hard for even a conservative court to resist.

The Defense of Marriage Act was invalidated because one of the conservatives, Justice Anthony Kennedy, has joined much of the American public in an admirable move toward greater sympathy for gay and lesbian rights.

And the decision on California’s anti-gay marriage law was reached by an ideologically eclectic majority on procedural grounds. Five justices held that the case had been improperly presented because the state of California declined to appeal a lower court’s ruling voiding the law.

This led to a middle-of-the-road outcome. The court declined to declare a national, constitutional right to same-sex marriage, but did give gay-rights advocates a victory in California. By leaving the issue in the electoral sphere in most states, the court opened the way for further advances toward marriage equality, since public opinion is shifting steadily in its favor, fueled by strong support among younger Americans.

The marriage rulings, however, should not distract from the arrogance of power displayed in the voting rights decision written by Chief Justice John Roberts. His opinion involved little constitutional analysis. He simply substituted the court’s judgment for Congress’ in deciding which states should be covered under the Section 4 of the Voting Rights Act, which required voting rules in states with a history of discrimination to be precleared by the Justice Department.

The court instructed Congress to rewrite the law, even though these sophisticated conservatives certainly know how difficult this will be in the current political climate.

Whenever conservatives on the court have had the opportunity to tilt the playing field toward their own side, they have done so. And in other recent cases, the court has weakened the capacity of Americans to take on corporate power. The conservative majority seems determined to bring us back to the Gilded Age of the 1890s.

The voting rights decision should be seen as following a pattern set by the rulings in Bush v. Gore in 2000 and Citizens United in 2010.

Bush v. Gore had the effect of installing the conservatives’ choice in the White House and allowed him to influence the court’s subsequent direction with his appointments of Roberts and Justice Samuel Alito.

Citizens United swept aside a tradition going back to the Progressive Era -- and to the Founders’ deep concern over political corruption -- by vastly increasing the power of corporate and monied interests in the electoral sphere.

Tuesday’s Shelby County v. Holder ruling will make it far more difficult for African-Americans to challenge unfair electoral and districting practices. For many states, it will be a Magna Carta to make voting more difficult if they wish to.

The Constitution, through the 14th and 15th Amendments, gives Congress a strong mandate to offer federal redress against discriminatory and regressive actions by state and local governments. As Justice Ruth Bader Ginsburg noted in her scalding but very precise dissent, “a governing political coalition has an incentive to prevent changes in the existing balance of voting power.”

In less diplomatic language, existing majorities may try to fix election laws to make it far more difficult for their opponents to toss them from power in later elections. Republican legislatures around the country passed a spate of voter suppression laws disguised as efforts to guarantee electoral “integrity” for just this purpose.

Recall that when conservatives did not have a clear court majority, they railed against “judicial activism.” Now that they have the capacity to impose their will, many of the same conservatives defend extreme acts of judicial activism by claiming they involve legitimate interpretations of the true meaning of the Constitution.

It is an inconsistency that tells us all we need to know. This is not an argument about what the Constitution says. It is a battle for power. And, despite scattered liberal triumphs, it is a battle that conservatives are winning.