Defending doctrine and drawing boundaries
By The Editors
From the Archives

As noted in this space (“Bad Karma,” January 31), the Congregation for the Doctrine of the Faith’s excommunication of theologian Tissa Balasuriya raised troubling questions about due process in the church even while it reminded us of the need to defend doctrine and draw boundaries. To be sure, Balasuriya’s theology seems much in need of elemental, if fraternal correction. How to combine the fraternal with the rigorous is the hard part. Yet the future intellectual vitality of the church depends on how that balance is worked out. It is not a new problem. As Cardinal Newman wrote, in theology there is always “the risk of corruption from intercourse with the world around...[but] such a risk must be encountered if a great idea is duly to be understood, and much more if it is to be fully exhibited.”

How dangerous intellectual timidity and the mere veneration of authority for its own sake can be is sadly evident in the recent treatment of moral theologian Richard McCormick, S.J., by the archbishop of New Orleans, Francis Schulte. Learning that the intellectually provocative McCormick was to speak to the New Orleans Notre Dame Club, Schulte let it be known that “some persons might find objections” to the theologian’s visit. To its discredit, the Notre Dame Club promptly rescinded its invitation. When his unwarranted intervention was questioned by McCormick, Schulte offered an embarrassingly pusillanimous explanation, suggesting that McCormick’s presence would bring polarization to his otherwise blissfully tranquil archdiocese.

One can disagree with Richard McCormick’s theological method or ethical conclusions (in general, we do not), but his devotion to the church and his standing as a Catholic theologian are beyond serious dispute. McCormick, long the John A. O’Brien Professor of Christian Ethics at the University of Notre Dame, is under no ecclesiastical ban or censure. Indeed, McCormick’s intellectual integrity is an inspiration, hardly a handicap, to the church, and a resource not to be squandered in the effort to curtail abortions and the threat of legalized euthanasia. Archbishop Schulte’s unprovoked and unexplained action is the real scandal to the faithful.

Fraternal correction, when justified, need not be solely the province of the hierarchy. American Catholics opposed to current abortion practice have long felt unfairly undermined by the efforts of Catholics for a Free Choice, and especially its president, Frances Kissling. At times, Kissling has seemed to be a one-woman quotation factory, sure to show up with misleading assessments in every major news story about Catholics and abortion. Kissling has now taken her crusade to England, where the lay Catholic weekly The Tablet greeted CFFC with a richly deserved British frostiness (“Bad Company for Reformers,” The Tablet, February 8). The Tablet’s editorial reminds Catholic liberals and progressives that they need not accept Kissling’s hardline pro-choice group as a fitting ally. For Catholics working for reform in the church, “there could be no step more likely to ensure the discrediting of their efforts than for them to align themselves with those who reject the right to life of the unborn child.” 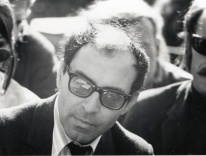