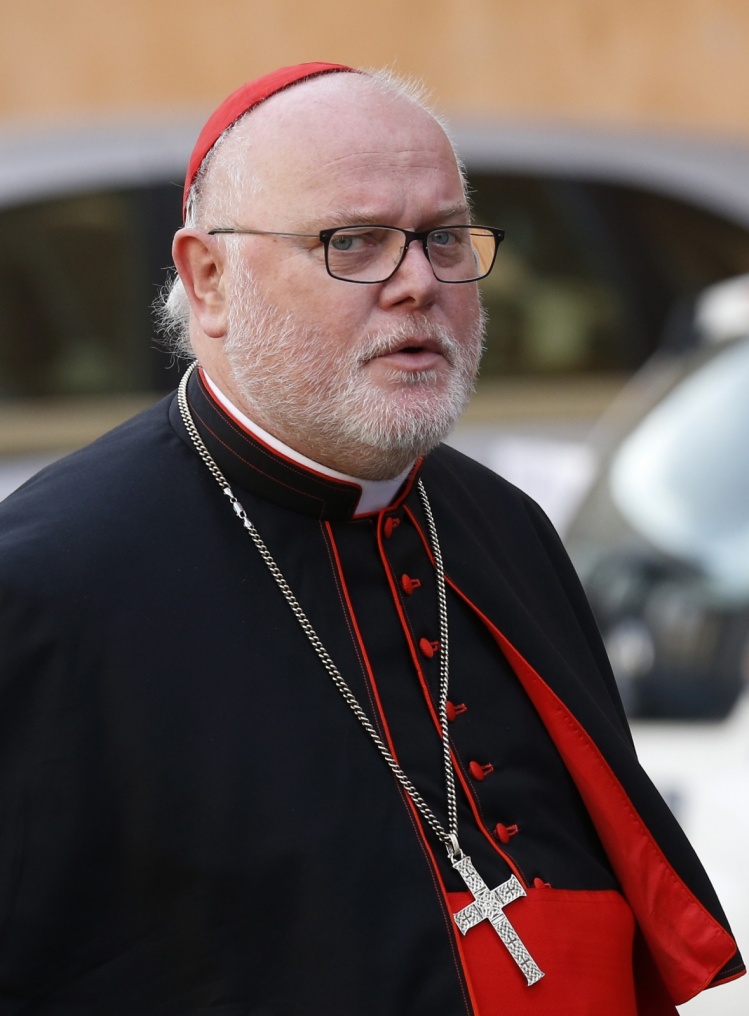 At this morning's Vatican press conference, not much news. Notable comments came from Cardinal Reinhard Marx, president of the German bishops conference--and one of the nine cardinals advising Pope Francis on church governance. Marx said he was surprised by the media's response to the synod's midterm report. He said that the synod has been marked by free and frank expression, and that the contributions of Latin American and African bishops have been especially important. Marx explained that most German bishops support Cardinal Walter Kasper's proposal that the church find a way for certain divorced and remarried Catholics to receive Communion. Kasper has posed a question; he hasn't come up with a definitive plan. "But I see many people think differently." Yet, "obviously" church practice can change. And "saying that the doctrine will never change...is a restrictive view." Marx also noted that Kasper's proposal isn't the only issue facing the synod: "We don't want to speak only of this."

The cardinal remains convinced that the church needs to find new moral language to address the challenges facing families today--the language of black and white, all or nothing won't do. Human life is much more complex. For example, Marx noted that half of Catholic marriages in Germany are not sacramental because one of the partners is not baptized. This is why, in part, Marx suggested that there may be a working group to study the law of gradualism (the idea that men and woman approach a moral ideal in steps over time). The magisterium, Marx argued, is not a collection of static phrases. We must think about the relationship between docrtine and pastoral care.

On the question of homosexuality, Marx explained that the church does not condemn a sexual orientation, but "homosexual acts" remain "unacceptable." Yet he cannot say that long-term, caring gay relationships are without value. We need nuances, he said, distinctions. (Someone who changes partners daily is another matter, Marx added.) Likewise, the cardinal continued, we can't tell gay people that they cannot experience the Gospel. "Nobody is excluded" from the church, he said. "Nobody is superfluous. Exclusion is not in the language of the church."

Given the well-reported disagreements on this and other issues, will the synod fathers be able to agree on a final report? The debate "has been very intense at times," Marx said. And media coverage has influenced the small-group conversations--by making them more responsible. But "let's start from the idea that we can," Marx said, adding that he would be surprised if they couldn't reach consensus. "What is clear that we need to find common views."

The press conference in tweets, after the jump: