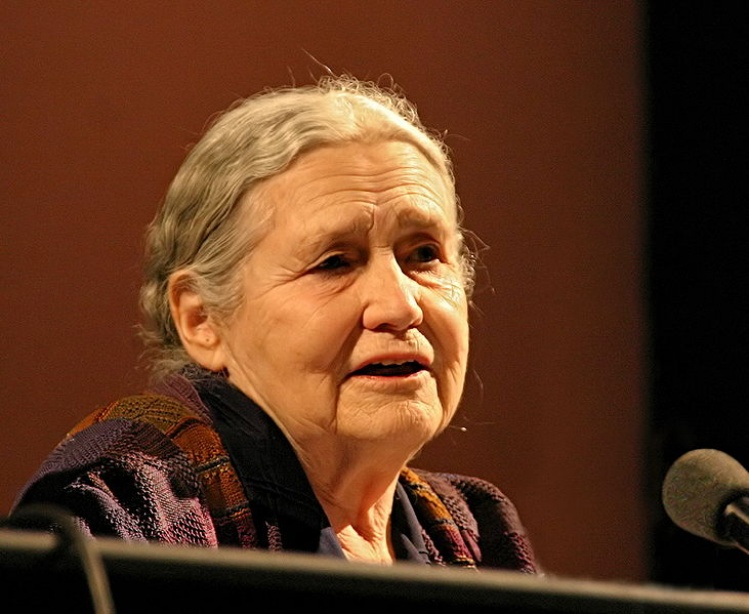 My encounter with Doris Lessing’s The Golden Notebook began with a friend who called this read “a chunker that changed my life—or at least the way I think.” When I asked what it was about, she hesitated, trying to think of a way to explain it that could do the novel justice. Finally she simply plopped the 632-page book down in front of me and, intrigued, I started reading.

The narrative is built around Anna Wulf, a writer and “free woman” living in 1950s England who partitions her writing—and, by extension, herself—into four notebooks. One is dedicated to her memories of living in Central Africa, another to her activities in the Communist Party, the third to the beginnings of a new novel, and the fourth to a personal diary. Through Anna’s acute self-awareness she disentangles the underlying tensions and dynamics that inform everyday experiences. We gain an intimate access to her mind and writing process thanks to the rather meta structure that heightens this sense of interiority: the novel showcases the exact contents of each notebook in addition to following Anna ominiscinetly. But then this orderly arrangement is turned to chaos for Anna and the reader when another character recommends Anna combine these experiences into one “Golden Notebook.”

Given its literal and literary heft, it’s not surprising that many find something revelatory in Lessing’s work. In the book’s introduction she discusses the multitude of letters from readers that have touched on how their eyes were opened to “the feelings and experiences of women, or that what interests them is the politics, or the ‘style’.”  Yet the real genius, particularly given our fast-moving, information-glutted age, is Lessing’s fictional interiority makes us slow down. There is nothing revealing about a line like, “He seemed stupid to her because he was not understanding.” But like the characters themselves, we are encouraged to wrestle a bit with the dynamic such a line suggests.

Given its literal and literary heft, it’s not surprising that many find something revelatory in Lessing’s work.
sharetweet

Once I finished reading The Golden Notebook, I also struggled to accurately sum it up. One of the challenges was in resisting tags like “feminist novel,” which Lessing also sought to avoid. As the novel itself investigates, trying to name and categorize experience is inadequate and consequently fails to capture the experience itself. At one point in the notebooks, Anna writes with frustration, “Words.  Words.  I play with words, hoping that some combination, even a chance combination, will say what I want.”  Not only is there a struggle to name the experience, but using words, the wrong words, can detract from it. This is not only a struggle for writers, but for readers too. After inhabiting the special space of fiction, there’s no adequate way of relaying a true, holistic account to another.

Ultimately, though, these types of investigation into the self are what make The Golden Notebook the compelling read it is. Chew on Lessing’s observations about gender, class, and colonialism, but know there is far more here to think about. The invitation to introspection is why this “chunker” is worth picking up.