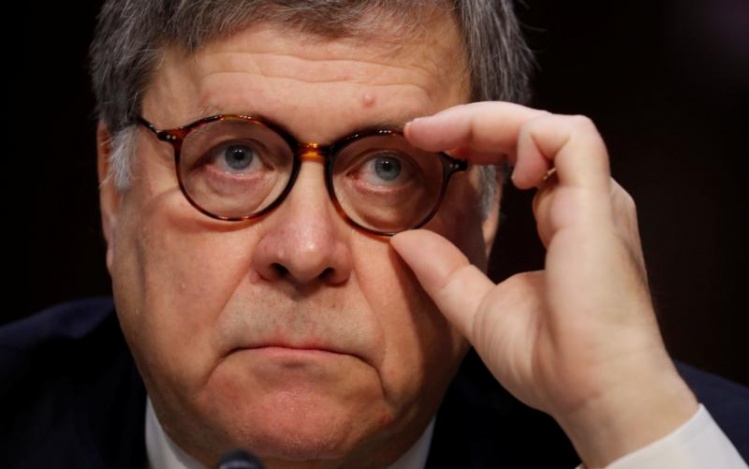 One of our most colorful legal concepts is the “fruit of the poisonous tree.” The phrase was introduced by Supreme Court Justice Felix Frankfurter 80 years ago to hold that evidence obtained illegally cannot be used to convict a defendant.

We now know that the entire debate the country has been having over special counsel Robert Mueller’s report was fatally infected by the lethal sapling that was Attorney General William Barr’s four-page letter offering his gloss on the findings of the 448-page document. As a dandruff shampoo ad taught us long ago, you never get a second chance to make a first impression.

It’s not good enough that a redacted version of the report was eventually made public. For 27 days, the debate over Mueller’s findings was twisted by Barr’s poisonous distortions that implied a full exoneration of President Trump. Many public statements and much punditry were devoted to insisting that Trump’s opponents owed the president an apology, that the Russia matter was never what it was cracked up to be, that the president was free and clear.

While it would be nice to see an outpouring of public apologies from those who were snookered by Barr, I am not anticipating a run on sackcloth. But it is very heartening—but also, in light of Barr’s subsequent conduct, very disturbing—to know that one person who was infuriated by what Barr did was Mueller himself.

The corruption Trump has fostered now goes to the top of the Justice Department.
sharetweet

As The Washington Post and then The New York Times reported, three days after the attorney general released his propaganda document, Mueller wrote Barr to express his dismay. “The summary letter the Department sent to Congress and released to the public late in the afternoon of March 24 did not fully capture the context, nature, and substance of this office’s work and conclusions,” Mueller wrote, adding, “There is now public confusion about critical aspects of the results of our investigation.”

Yes, and confusion was what Barr had in mind. The longer Mueller’s findings were misrepresented, the more time Trump had to claim vindication, to denounce the media and—well, to lie and to disfigure the results of inquiry that were in fact devastating about his conduct. Mueller’s office did not take this calmly. It intervened the day after Barr issued his non-summary summary, and again with Mueller’s letter.

Recovering from Barr’s original sin is well-nigh impossible. Of course we now know what the report said. Congress can investigate, and the House can even impeach. But the political context for such decisions is irreparably warped. It will take enormous work to overcome that first impression that Barr so deviously created.

And anyone who still hopes that Republicans might have qualms about this massive coverup was not watching Wednesday’s Senate Judiciary Committee hearing where Barr testified. We have a president who was plainly elected with Russian help, and Republican senators want to go after FBI agents whose only transgression was to be worried about the intervention of a hostile power in our politics. They also want to reinvestigate—Hillary Clinton! Most Republicans have locked away their consciences to appease a mob screaming, “Lock her up!”

When he answered questions from Democrats, Barr did everything he could to justify the resignation calls from Maryland Sen. Chris Van Hollen and other Democrats. To trust Barr as anything but a specialist in smokescreens is now impossible.

It was Van Hollen who—two weeks after Mueller had registered his complaint—had asked Barr an un-senatorially direct question: “Did Bob Mueller support your conclusion?”

Lawyers might argue over whether this was an outright lie, but to call Barr’s answer misleading and obfuscatory is rather kind. Trump must have been very proud of his attorney general.

The obfuscation and indirection continued Wednesday when Democrats tried to pin Barr down on his prevarication.

When Sen. Sheldon Whitehouse, D-R.I., pressed Barr about a misleading statement he made in response to an April 9 query similar to Van Hollen’s from Rep. Charlie Crist, D-Fla., Barr’s answer was so convoluted that Whitehouse finally threw up his hands and earned a nomination for the quotation of the day: “I can’t even follow that down the road. I mean, boy, that’s a masterful hairsplitting.”

The corruption Trump has fostered now goes to the top of the Justice Department. We have an attorney general who has proudly and shamelessly corrupted our political conversation to protect a president whose survival depends upon burying facts and clouding public understanding.