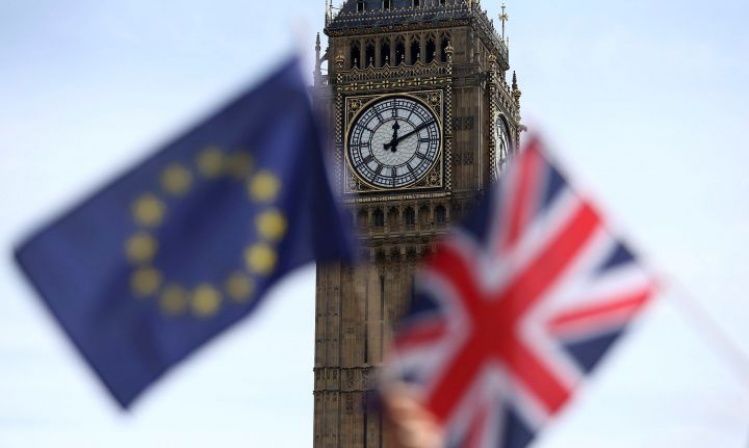 Not since Y2K plunged the planet into chaos—remember?—has a story provoked overwrought handwringing comparable to that triggered by Britons voting to withdraw from the European Union. By common assessment, Brexit signifies something profound. History itself has seemingly gone off the rails. Darkness threatens to cover the earth.

Writing from Paris, New York Times reporter Rachel Donadio wasted no time in ranking Brexit alongside the end of the Cold War and 9/11 as one of three epoch-shaping events in her own life. “For me and others of my generation,” Donadio lamented, the British vote “signaled the definitive end of the era of transnational optimism in which I came of age.”

The phrase “transnational optimism,” redolent with Whiggish expectations, deserves to be unpacked.

The case for optimism goes like this: In our postmodern age, information technology and globalization, working in tandem, are vastly expanding the scope of individual freedom, the prospects of shared prosperity, and the hopes for peaceful coexistence, both local and global. Whatever furthers this process is necessarily good. Anything that retards it is to be deplored.

Sustaining this worldview is an ideology of sorts, one with enormous cultural, economic, and political implications. In the realm of what Americans once quaintly referred to as “private life,” that ideology favors radical autonomy, rejecting constraints related to sex, sexuality, and gender. Yet this rejection of constraint coexists with—and even reinforces—a broader conformity. Nominally celebrating tolerance, diversity, individual empowerment, and personal choice, the ideology is committed in practice to maximizing market efficiency. Empowerment requires submission to the dictates of a digital regime that in servicing our needs constantly generates new ones. Devices that liberate also bind. Algorithms rule.

The cultural upheaval and the rapid economic transformation that define our age—the former finding expression in the rejection of authority, the latter in acquiescence to new means of control—go hand in hand. Political arrangements are likewise expected to fall in line. In that regard, the EU serves as an exemplar and a template.

In both conception and implementation, this ambitious project is largely a product of the Anglosphere. Superficially benign, its underlying purposes are indistinguishable from imperialism. Transnational optimists enthusing about a borderless world that daily grows more interconnected are not thereby expecting Americans and Brits to become more like Arab, African, or Asian peasants. They are, however, looking forward to the day when peasant values, necessarily deemed retrograde, will give way to those finding favor in the smarter quarters of New York and London.

Empire has thereby become virtual. Formerly the business of generals and viceroys, conquest and colonization today fall under the purview of tech-savvy entrepreneurs. Yet strip away the Silicon Valley jargon and the aim remains unchanged from the days of Queen Victoria: To secure profit, privilege, and dominion for elites in the metropole.

Until last week, the triumph of this neo-imperial project throughout the West appeared foreordained. Now Brexit suggests that Britons may not be willing to play their part—hence, the denunciations of those in the “Leave” camp as narrow-minded bigots and the fears on this side of the Atlantic that Americans, especially those enamored with Donald Trump, may themselves be susceptible to a similar contagion.

The uncouth and undereducated have forgotten their place. Previously compliant masses are suddenly assertive. Populism, perennial bugbear of the respectable classes, rears its ugly head.

The bigotry displayed by some of those who reject the orthodoxy of global cosmopolitanism is indeed reprehensible. So too, however, is the arrogance of those whose eagerness to usher into existence a brave new digital world translates into disdain for anyone expressing a contrary view.

In Britain last week a majority of voters dared to just that. Unwilling to sublimate their ancient identity to an amorphous European abstraction of recent vintage, and preferring elected government close at hand to distant bureaucrats who are neither elected nor accountable, they opted for independence. That an element of nostalgia—Make Great Britain Great Again!—figured in their decision is no doubt the case. Yet their refusal to accept the imperative of amalgamation—their insistence that a British Britain as opposed to a transnational one can not only survive, but also flourish—contains elements of gallantry as well. Let us be what we have been, they insist.

To such demands (to some degree echoed in this country by Trump supporters) the primary organs of establishment opinion have responded with derision. That response is likely to backfire. Even—or especially—when the vox populi is rude or cantankerous, it deserves a respectful hearing. Otherwise, we might as well do away with the pretense of democracy, declaring henceforth that views expressed by the people merit attention only when according with some pre-approved conception of what is true and good.

Brexit provides a sharp reminder that even in Europe, history’s trajectory is not foreordained. Unhappy Britons have succeeded in disrupting the onward march toward a transnational utopia.

Note, however, that in business schools and management consulting firms, “disruption” is all the rage. In the marketplace, a periodic upsetting of applecarts supposedly exposes outmoded thinking and unleashes creativity. Disruption may likewise call attention to fusty and ineffectual political arrangements as well.

Viewed in this light, Brexit may end up being not a setback but an opportunity. Those keen to see the European Union prosper should heed Brexit as an invitation to reassess and adjust. Those undertaking that reassessment might begin by entertaining the possibility that those on the other side are not idiots. On some matters, they might even be worth listening to.

As with Y2K, so too with Brexit: A decade or two from now, we may well find it difficult to recall what all the fuss was about.