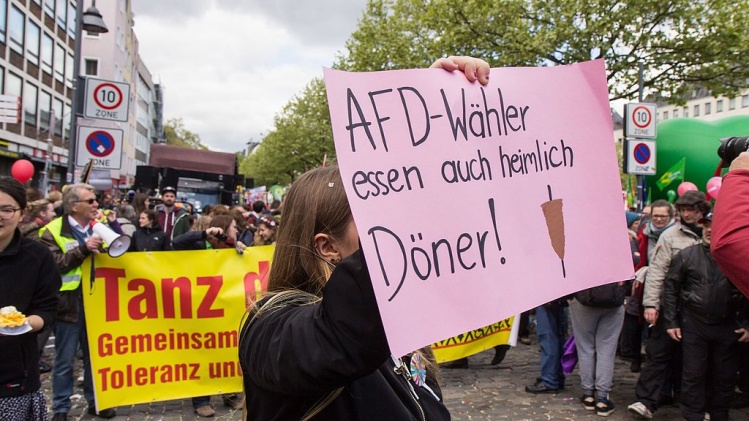 Even amid the spectacular information glut that is life today, provincialism remains the normal human attitude, and perhaps especially for citizens of the world’s superpower. American exceptionalism is not merely a matter of regarding our national character and moral standing as unique, but our history and politics as well. Thus we instinctively tend to view the election of Donald Trump as an entirely homegrown phenomenon. For Never-Trumpers the president is our own bad American karma, a crass capture of politics by our entertainment culture; for Ever-Trumpers, he’s our brash American tycoon-hero, and possibly our rescuer.

But it’s worth keeping in mind the larger, global picture, in which Trump figures as emblematic of a particular historical-political moment—and movement. His election parallels an upsurge in populist nationalism across any number of countries, expressed in resurgent national pride, anti-immigrant animus, a preference for bellicose and authoritarian leadership styles, and what Harvard political scientist Theda Skocpol calls the increasing prevalence of “raw nativism.”

I’ve written before about the German backlash against the generous immigration policies of the Merkel government, and how it has spurred right-wing activism, most notably in the rise of Alternativ für Deutschland, the party that captured 13 percent of the popular vote in elections last September, placing ninety-four representatives in the Bundestag—the first rightist party to do so since Hitler’s. My German friends reassure me that the AfD will be marginalized and ignored, and certainly never invited into governance. That may be. But it has already created havoc; the presence within the German polity of an undigestible 13 percent has stymied the metabolism of governance, vastly complicating the task of forming a governing coalition. And what happens if the AfD goes to 20 percent? At some point, some other party will have to partner with them.

The situation in Germany merits a closer look. A front-page article in the New York Times profiles a forty-eight-year-old coal miner named Guido Reil, an ex-trade unionist and longtime Social Democratic Party voter who now follows what the writer calls “the new siren call of the far right.” The article notes that the prospect of a far-right party drawing votes from a traditional bastion of the left “goes directly to the heart of the emerging threat the AfD presents to Germany’s political establishment.” Significantly, Guido Reil lives in the Ruhr, a depressed industrial region in Germany’s heartland, where mines have closed, industry has moved away and economic stagnation has set in —and with it, widespread political disaffection. The article tells how one AfD representative boasted in the Bundestag of his party as “a new people’s party that cares about the little people;” when SPD lawmakers guffawed in derision, he pointed at TV cameras and warned, “Go ahead and laugh, your voters are watching.”

The AfD appeals to what the Times calls “Germany’s left-behinds,” and does so by taking a hard line on immigration. The idea is that the German welfare state is worth saving—for Germans and Germans only. Immigrants, in this view, are an insidious presence draining away benefits from Germans.  “You need to manage who is coming into your country,” an AfD representative in Berlin comments. “Open borders and the welfare state don’t go together.” Two leading female members of AfD, meanwhile, recently achieved notoriety with a Twitter rant about “barbaric, Muslim, rapist hordes of men.” And German progressives remain torn between those who advocate shunning the right wing, because of such racist comments, and others, the Times reports, who “warn that the reflex to ostracize the AfD could backfire.”

The anti-immigrant energies apparent in Germany have surged forth in nations across Europe.
sharetweet

Does all of this sound familiar? With a few name and place changes, it could have been written about the appeal of Trump in, say, West Virginia—and the dilemmas that U.S. liberals and the Democratic party face in trying to comprehend and counter it.

The anti-immigrant energies apparent in Germany have surged forth in nations across Europe. In Finland, militia groups vowing to protect Finnish women patrol neighborhoods where refugees are housed; in Italy, regional governments have tried to forbid the construction of mosques; in Denmark, the government proposed confiscating the valuables of refugees to help defray the cost of housing them; and in many countries —even Sweden—gangs have plotted and conducted attacks on refugees. When Swedes engage in xenophobic violence, you know Europe is in trouble.

The recrudescence of nationalism and nativism has occurred not just among Europe’s citizenries, but is also reflected in leadership and in legislation. In Turkey, Hungary, and Poland, authoritarian populists have used inflammatory demagoguery to undermine democratic institutions and practices. In Austria, the rightist Freedom Party —founded in the 1950s by former Nazis—received a solid 20 percent of the vote in October’s elections, and now a far-right/center-right coalition governs with a 60 percent supermajority. The first time the FPP did well at the polls, almost twenty years ago, it was treated as a pariah, but not this time; as The Guardian has reported, the party’s leader, Heinz-Christian Strache, has worked “to soften the neo-Nazi image, [while] articulating an Islamophobia widely shared in parts of Austria.”

In Italy, meanwhile—whose longest serving prime minister since Mussolini is that most Trump-like of European leaders, Silvio Berlusconi—anger against migrants has exploded in violence. Last week a far-right extremist went on a shooting rampage, wounding six African migrants before driving off with an Italian flag wrapped around his neck, his arm raised in a Fascist salute, while screaming “Italy for Italians!” The suspect, it turns out, is a former municipal candidate of a rightist party, the Northern League—currently allied with Berlusconi’s party—whose platform plays to anti-immigrant sentiment, and whose leader, an inflammatory young nationalist named Matteo Salvini, argues that “unchecked immigration brings chaos, anger... drug dealing, thefts, rapes and violence.”

Italy holds national general elections next month, and is heading toward them in an atmosphere of mistrust fueled by what the governing Democratic Party, as the Times reports in a fascinating article, considers “a destabilizing campaign of fake news and propaganda... a misinformation campaign that they believe is devised to damage one of the last major center-left governments standing in Europe.” PD (Democratic Party) leaders have complained about the website of yet another right-leaning populist party, The Five Star Movement, which recently placed misleading captions on a photo of a government minister at a funeral, making it seem as if she were mourning a notorious Mafia boss. Some fear that the Northern League and Salvini could join together with the Five Star Movement, linking and amplifying their anti-immigrant, anti-European Union messages. “Together,” the Times reports, “they would be an anti-establishment nightmare.”

Does putting Trump in this context make him less unsettling, or more? I’m not sure. But it’s clear that what’s going on here and in Europe reflect the spread of the same virus. Matteo Salvini’s anti-immigrant campaign and the nativist sentiments it has stirred up forced the Italian government to drop a proposed law granting citizenship to immigrant children born and brought up in Italy. And recently a regional Northern League candidate insisted, on a radio program, that the country has to stem the tide of migrant arrivals because it is endangering “the white race.” 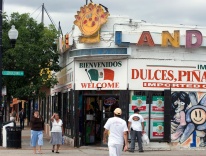