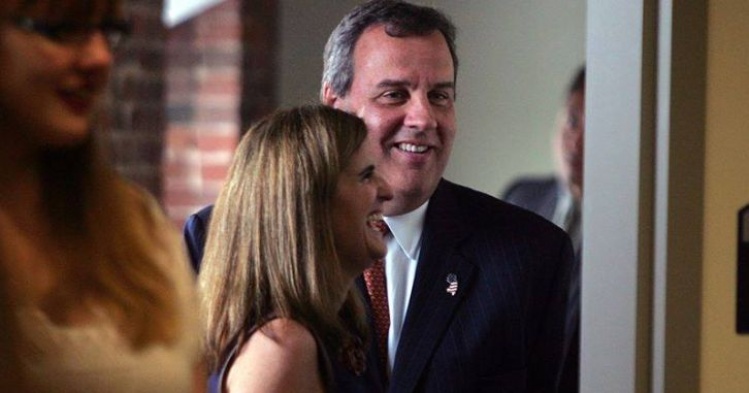 Just when his fellow Republican presidential candidates most need to listen closely to what he has to say, Chris Christie finds himself knocked off the main debate stage.

If the Republicans did listen to Christie, they might not have to complain about how their encounters have become a blend of a professional wrestling match and a hallway argument among high school students.

The hopefuls can gripe about the debate moderators all they want. Their real problem is not with formats or with who is asking what questions. It’s their own profound lack of empathy.

With a few exceptions, these candidates are so focused on addressing a rather narrow part of their own party’s primary electorate that they are not really speaking to anyone else. They worry that any hints of social concern or generosity might make them sound like—God forbid!—liberals. And they can’t have that.

A certain amount of tactical calculation is understandable, of course, since primary voters matter most right now to the chances any of these folks have of becoming president. But my hunch is that they are underestimating their own people. Republicans may be for small government, but they also look for leaders who can understand those who struggle and those who are imperfect (which happens to be all of us).

That’s why it’s such a shame that Christie will be excluded from the big table in Tuesday’s debate sponsored by the Fox Business Network and The Wall Street Journal, for he has just achieved what may be the first truly spontaneous and completely unplanned breakthrough of this campaign. You might say it’s the exact opposite of Mitt Romney’s 47 percent homily.

By now, you may have heard about the viral video, initially put up by The Huffington Post, of Christie caught at a town meeting last month talking with passion about his mother’s addiction to cigarettes and a dear friend’s addiction to painkillers.

It wasn’t something his campaign was pushing, as far as anyone can tell. Millions of nonpolitical human beings out there seem to have been transfixed by a politician who could relate to the suffering and, yes, the weaknesses that are part of the human condition.

It was amazing to hear a guy who has made the idea of taking no prisoners into a guiding precept of his life speak words that should be the central principle of social policy: “There but for the grace of God go I.”

It was also moving to listen to a conservative who has actually struggled with what it means to declare oneself “pro-life.”

Addiction, Christie said, “can happen to anyone.” That is also true of unemployment, health problems and a host of other trials. And here’s the key: It’s easy to relate to those who have problems like the ones you have. What matters is empathizing with those who have troubles you don’t and remembering, as Christie said, that “every life is precious, every life is an individual gift from God.”

Now I know I have painted with a broad brush here about the other Republican candidates. To be fair, there have been sparks of compassion from John Kasich especially and also from Jeb Bush, Marco Rubio, Mike Huckabee, Carly Fiorina and, on the matter of the imprisoned, Rand Paul. I’m sure I’ve missed others.

But on the whole, the Republicans have been mired in their self-imposed imperative to sound tough on illegal immigrants, tough on crime, tough on those who stray from their idea of traditional morality, tough on those who receive public assistance, and tough on anything else that smacks of progressivism. That the candidate who expected to make his mark because of his fierce and sometimes obnoxious pugilism found his viral moment in a burst of warmheartedness should take everyone aback. Humanity trumps ideology.

We can argue another day about the networks’ strangely subjective use of polling measures to determine who gets onstage. Christie, at least, will always have the video of a campaign episode in which he can take pride precisely because it reflects the humility of someone who knows that all of us can fall.