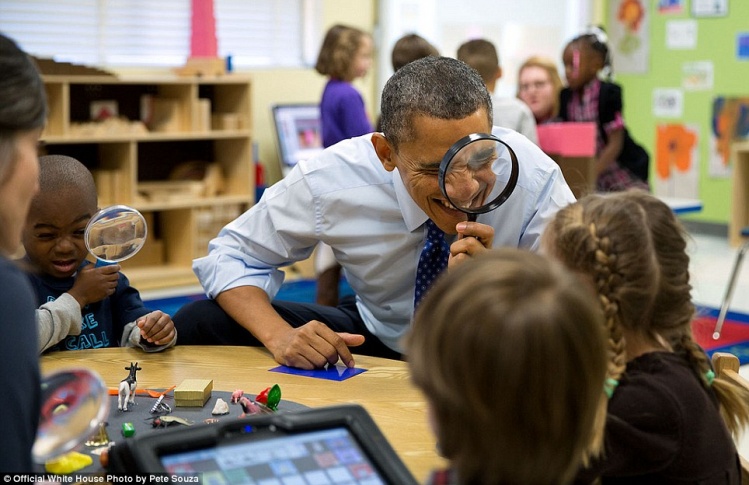 When Bill deBlasio made universal pre-kindergarten a cornerstone of his campaign for mayor of New York, his message drew widespread national attention. And even though after taking office he and New York Governor Andrew Cuomo tussled publicly over how best to fund it, they didn’t argue over whether it was the right thing to do—both for New York City and the state as a whole. With $300 million in state money ultimately allocated for it, universal pre-kindergarten in New York is set to begin this fall.

Of course, such approaches are generally in keeping with the historic liberal tendency to endorse government spending on programs for the poor—not just preschool education, but food, housing, income support, and job-skills training. All are seen as ways to address systemic causes of poverty like racial discrimination and the lack of employment opportunities. Conservatives, on the other hand, argue that government spending actually hurts, as it feeds “the culture of poverty,” the ethos regnant in poor families that don’t teach their children the value of hard work, punctuality, persistence, and other virtues basic to success in both school and the workplace. Even highly touted programs like Head Start are fruitless, they say, since evidence shows that the IQ advantages gained by poor four-year-olds disappear by age ten.

But in fact there is new evidence that government-funded, early childhood interventions can actually help instill many of those virtues – what economists call “psychological skills” – whose absence conservatives lament. It comes from University of Chicago economist and Nobel Prize winning econometrician James Heckman, in an October 2013 article in the American Economic Review co-authored with Rodrigo Pinto and Peter Savelyev, which re-examines the much-studied, mid-1960s Perry Preschool Project in Ypsilanti, Michigan. The ideological history of the Chicago school and the impeccable statistical credentials of Heckman mean that the conclusions drawn about the fruitfulness of carefully crafted intervention in the lives of preschoolers cannot be dismissed as just another liberal argument for more government spending. The article is replete with equations and tables showing regression coefficients, p-values, and Cronbach’s alphas, and the authors’ strategies for coping with multiple hypothesis testing and compromises in the randomization protocol. Their results, however, are plain, and easily accessible to a general audience.

Heckman has written more than a half-dozen papers over the last decade investigating what does and doesn’t work in preparing the poor for a successful work life. In this most recent paper, he employs newly developed (though somewhat esoteric) statistical methods to squeeze from the data conclusions not simply about the success of the Perry program, but also about how various positive outcomes in the lives of program participants at age forty (measured by such factors as number of arrests, income, use of drugs, length of marriages, etc.) are attributable to particular “psychological skills” learned at age three or four.

The Perry program enrolled low-income, low-IQ African American children who began the two-year experience at age three. The children attended five two-and-a-half-hour sessions each week during the school year, with a teacher making a single one-and-a-half-hour visit to each child’s home each week to engage mothers in the social development of their children. The curriculum was founded on the principle of “active participatory learning,” treating children, teachers, and mothers as partners. Children were taught to plan, carry out, and evaluate tasks, with a stress on such social skills as cooperation with others and the nonviolent resolution of interpersonal conflict.

The study followed both the Perry program and a control group, an identical group of children from the same community who were not involved in Perry. Information on a number of measures was collected from both groups, annually at ages three through fifteen, and then later at ages nineteen, twenty-seven, and forty: IQ, as measured by the Stanford-Binet instrument; academic motivation, which kept track of such attributes as “shows initiative,” “alert and interested in school work,” and “hesitant to try, or gives up easily”; and externalizing behavior, such as “disrupts classroom procedures,” “swears or uses obscene words,” “steals,” “lies or cheats,” “influences others toward troublemaking,” “aggressive toward peers,” and “teases or provokes others.”

Heckman’s work has demonstrated statistically what experts in early childhood education have long known but have had trouble proving to others: that “the Perry program significantly enhanced adult outcomes, including education employment, earnings, marriage, health, and participation in healthy behaviors and reduced participation in crime.” As other studies have found, the IQ gains from two years of participation at ages three and four were significant at age five, and by age eight had largely faded. But IQ isn’t everything.

The improvements in academic motivation led not only to the improved scores on achievement tests throughout the schooling years, but also to a significant reduction in long-term unemployment. Improvements in externalizing behavior brought lower rates of crime and better results in employment, income, and health.

One of the most important findings for public policy in Heckman’s work on the Perry Project concerns the financial impact of the program. Government projects often aim to meet a need without a concern for whether the money spent will lead to measurable financial improvements. However, cost-benefit analysis is nearly universal in policy circles, and conservative budget hawks have often employed a standard of fiscal efficiency (will the program “pay for itself”?) to screen out social programs. Thus it’s telling that Heckman finds that the Perry Project produced a 6 to 10 percent internal rate of return per year. This measurement simply compared the costs of the program to the monetizable effects in participants’ lives concerning earnings, tax payments, and the cost to society of criminal behavior and reliance on public welfare programs.

The Heckman estimate on return on investment per year is lower than those found in some other studies (one of which estimated return as high as 16 percent). But two things are noteworthy here. The first is that this return still makes preschool investments highly attractive for the nation; the rate of return to equity in the stock market since World War II has not done as well—only about 7 percent per year. The second is that we know that the real benefits of the Perry Project significantly exceeded what Heckman’s estimate reports. He acknowledges this in his observation that without reliable data on better health outcomes, better marital and parental outcomes, and self-reported increases in quality of social life, these quite real benefits of preschool education were ignored in the calculation.

Head Start is the current version of government-supported preschool education. But severe underfunding has left the typical Head Start classroom with more students and less-well-qualified teachers than did the Perry Project, and there is insufficient program-wide supervision and experimentation. The recent bipartisan budget agreement in Congress increased funding for Head Start programs by 15 percent, largely replacing losses from the sequester, but funding still covers fewer than half the children who are legally eligible for the program.

No academic study will turn around a public policy debate single-handedly. But Heckman’s impeccable credentials mean that conservative politicians and think tanks that espouse the “culture of poverty” analysis can no longer credibly claim that the government only makes the problem worse.

The Priority of Labor