To Skip a 'Mockingbird'

It can be trying these days for those not among the legions who hold Harper Lee in such high esteem. That’s not to say she doesn’t deserve her acclaim, resurgent in anticipation of a newly discovered and soon-to-be-published work. It’s just that I have nothing to base an opinion on. I’ve never read To Kill a Mockingbird.

It feels good to confess that. I’ve been carrying the secret around for years, since not having been assigned to read it in high school, and then not reading it on my own during college. Of course, the longer things went, the harder it got – job, marriage, family, you know – each passing year making it less likely I’d start a book everyone else seemed to have long since finished, and in adolescence at that. If I’d picked it up in 1999 when it was named “Best Novel of the Century” by Library Journal, it would have looked as if I was just latching on to an annoying retro trend. And now? The Guardian refers to it as a children’s book, so, not likely. At best it would invite well-meaning but embarrassed (and embarrassing) concern; at worst, ridicule. I’ve already been down that road, accosted at my previous job by a co-worker who saw me with a copy of The Great Gatsby (a novel I’ve read many times over, I just want to point out). “What are you,” he asked incredulously, “in high school?”

Also, I have not seen the 1962 movie version of To Kill a Mockingbird, though that seems the more venial of the sins.

I can’t really hide the truth anymore. It’s too hard when a friend makes thoughtful, earnest reference to Atticus Finch, or an old classmate expresses tender, unfading fondness for Boo Radley, or a neighbor brings their son/daughter Scout to a birthday party (“Guess who he/she’s named after! Go ahead! Guess!”). I know the names of the characters; I know their general relationships to one another. I know the main parts of the plot. But do I know the book? No. Because I have never read it.

Though if I didn’t know any better, there seem to be forces at work to get me to.

In an entirely unrelated Internet search the other day, “Harper Lee” and “To Kill a Mockingbird” somehow were among the first-page results. In the pair of online book purchases I made this week, To Kill a Mockingbird twice appeared in the “readers also bought” list, while Lee’s anticipated second novel, due July 15, was already prominently highlighted as the site’s No. 1 best-seller. My delivery of the most recent New Yorker fell open to a story on an upcoming Christie’s auction of Harper Lee’s letters. A bookstore I visited the other night featured several editions of To Kill a Mockingbird on its front table.

Then, in a piece appealingly headlined “Can Reading Make You Happier?” – about so-called bibliotherapy, the prescription of specific works of literary fiction to counter specific psychological maladies – there it was again, mentioned favorably for bringing about a certain kind of emotional well-being.

There is now a network of bibliotherapists … working around the world, from New York to Melbourne. The most common ailments people tend to bring to them are the life-juncture transitions: being stuck in a rut in your career, feeling depressed in your relationship, or suffering bereavement. … Many seek help adjusting to becoming a parent. “I had a client in New York, a man who was having his first child, and was worried about being responsible for another tiny being,” [one bibliotherapist says]. “I recommended Room Temperature, by Nicholson Baker.... And of course To Kill a Mockingbird, because Atticus Finch is the ideal father in literature.”

The ideal father, huh? In, what, all of literature? That could get a person to thinking. But maybe not to reading. Not quite, or not yet anyway. It sounds kind of stressful. Besides, the summer reading list is being drawn up, and it includes a number of works there's less shame in not having read. Penelope Fitzgerald’s Offshore, Shusaku Endo’s Silence, Carlo Levi’s Christ Stopped at Eboli -- these and maybe one or two others will make it into the bag I’m packing for an upcoming vacation. To Kill a Mockingbird probably wouldn't fit anyway. But maybe, when I’m back…. The movie, I mean. I’m told it stars Gregory Peck? 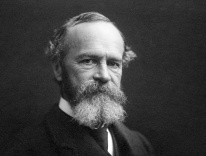