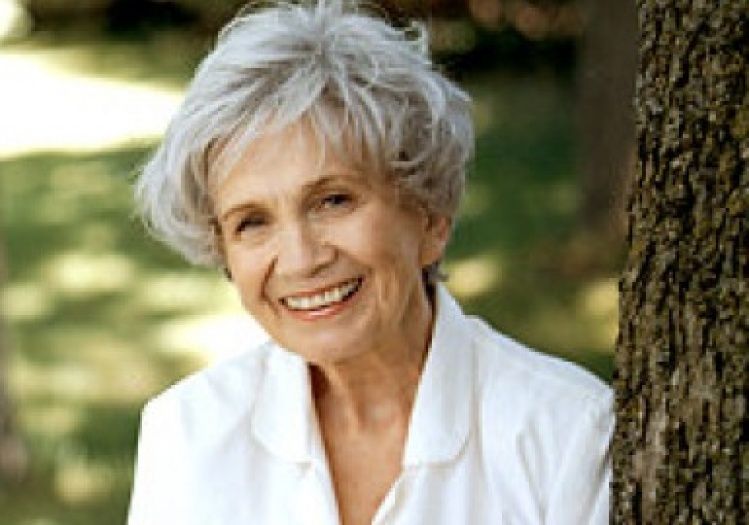 Time takes its toll on many writers but seems to leave others less scathed. Consider William Trevor and Nadine Gordimer and John Barth, all still productive past the age that Ronald Reagan was when he finished his presidency. Then there’s Alice Munro, whose stories still appear with reassuring frequency in Harper’s and the New Yorker and whose newest collection, Dear Life, contains not just reliably good work but some of her best yet.

Dear Life is Munro’s thirteenth collection of short fiction (to go with one novel), yet these stories exhibit the same mix of dramatic incisiveness and thematic heft that has long characterized her work. Munro has always avoided sentimentality, but here she’s ruthlessly unsentimental. The language is spare and the depictions of conflict and confrontation unsparing, while the internal monologue is stripped down to frank self-assessment sometimes conveyed in “sentences” of a single word. There’s little surface warmth, and not only because the stories are often set in the dirty snow of small-town Ontario. But it would be a mistake to equate that with a lack of empathy or a coldness of spirit. Munro engages deeply with her characters—mainly women too smart for their surroundings or, as the men in their lives might say, for their own good.

How does she do it? It’s something that regular readers of Munro often wonder when they get to the end of another novelistic story, having been whisked back and forth across Canada on a train of memories stretching from old age to childhood (and sometimes to ancestry), all in thirty pages or so. Wisdom must play a part: only someone who has experienced life from so many vantages, worried it and examined it and contemplated it again, could so ably map its contours. But there are also the skills that have been honed through urgent attention to craft. Munro has said she’s been writing since the seventh or eighth grade, and in a 1994 interview in The Paris Review, she spoke of “writing desperately all the time I was pregnant because I thought I would never be able to write afterward.” She would sneak in an hour or two of work while her newborn napped alongside her, writing “a lot of stuff that wasn’t any good, but I was fairly productive.” She was by then all of twenty-one, and her first stories were finding their way into literary journals.

Sixty years on, the awards have piled up, while the stories in Dear Life retain the urgency Munro has always brought to her close readings of ordinary lives. The familiar tensions are there too, between women and men (and other women), the past and the present, and, especially, between life in a small town and life on its fringes. Hints of Munro’s acknowledged influences—women from the American South like Eudora Welty, Carson McCullers, and Flannery O’Connor—also crop up, in sudden confrontations, unexpected turnabouts, or the occasional near-gothic touch (a flirtatious young woman “lame in one leg,” a drowned girl in a flooded gravel pit).

It’s hard to select the two or three best pieces in the collection, so here are five: “To Reach Japan,” “Amundsen,” “Leaving Maverley,” “Gravel,” and “Haven.” All five are typical Munrovian stories: The narrative is anchored in the past, ordered around a specific moment or a defined period (a summer with relatives, a job at a sanitarium). The action moves forward and backward in time, sometimes even within a smaller scene as the narrator-protagonist attempts to gather the elusive strands of memory. There is a rupture of some kind—brought about by a death or a departure, a grave mistake or a simple but profound misreading; and the narrator-protagonist stumbles back into the light of the present, either resigned to her inability to change things or somehow presented with a new opportunity to do so, thus turning the ostensible end of the story into a beginning.

It would be wrong, however, to think of Munro’s stories as formulaic. Each has its distinctive use of language or repetition of image, to say nothing of singular characters acting against expectations, both the reader’s and their own. In “To Reach Japan,” for instance, a housewife with some small poetic successes is rent with longing for a man met briefly at a party:

[T]here was hardly a day when she didn’t think of him.... Of course she gave these fits houseroom mostly when [her daughter] was napping. Sometimes she spoke his name out loud, she embraced idiocy. This followed by a scorching shame in which she despised herself. Idiocy indeed. Idiot.

Simple “idiocy” turns to something more later on, when she berates herself for leaving her daughter unattended while sneaking off with a different man, one she’s just met on a cross-country train ride: “A sin. She had given her attention elsewhere. Determined, foraging attention to something other than the child. A sin.” The passages are many pages apart but linked by the self-flagellating voice; the syntax that emphasizes the epithet through repetition or a standalone sentence (“Idiot.” “A sin.”); the homely, archaic constructions (giving “these fits houseroom,” “foraging attention”)—diction in keeping with the character’s humble background but in tension with the poetic language she can sometimes call forth, and thus exposing the larger tensions. Is she meant for more? What would “more” mean in the final accounting?

In other stories, the questions are rendered cruelly moot. In “Amundsen,” a nurse newly employed at an isolated sanitarium has accepted a marriage proposal from the head doctor. The narrative switches from simple past tense singular to a mix of present and present perfect plural as the magnitude of her decision sinks in:

We are going to Huntsville.

Going to Huntsville—our code for getting married.

We have begun the day I am sure I will remember all my life.

But it’s the “I am sure I will remember” that throws things. Once the couple arrives in Huntsville, the fleetingness of the doctor’s affections becomes clear, and the idealized place the narrator has conjured proves to be something else entirely.

The car is parked in front of a hardware store. Shovels for snow removal are on sale at half price. There is still a sign in the window that says skates can be sharpened inside. Across the street there is a wooden house painted an oily yellow. Its front steps have become unsafe and two boards forming an X have been nailed across them.

Thus do her visions of wedded comfort vanish even before the blow is delivered.

The four pieces that end the collection are grouped under the heading “Finale,” and Munro prefaces them with the claim that “they are the first and last—and the closest—things I have to say about my own life.” The potential for autobiographical revelation, however, is overshadowed by the tone of summation. The pieces work as stories, but they can’t help but feel like a signing off. Munro has already posited a tantalizing and perhaps troubling double-meaning with the collection’s title (and the title story). There’s “dear life” as a precious gift to cling to, fingernails digging into the edge of the cliff. There’s also the salutation of a written address—not a love letter in this case, but a plainspoken missive, maybe even an admonishment: Since we’re being honest, let me tell you what I really think. Cynthia Ozick (among many others) has called Munro “our Chekhov,” but Dear Life prompts the question: Who will be our Munro?

'We Want Thinkers, Not Robots'