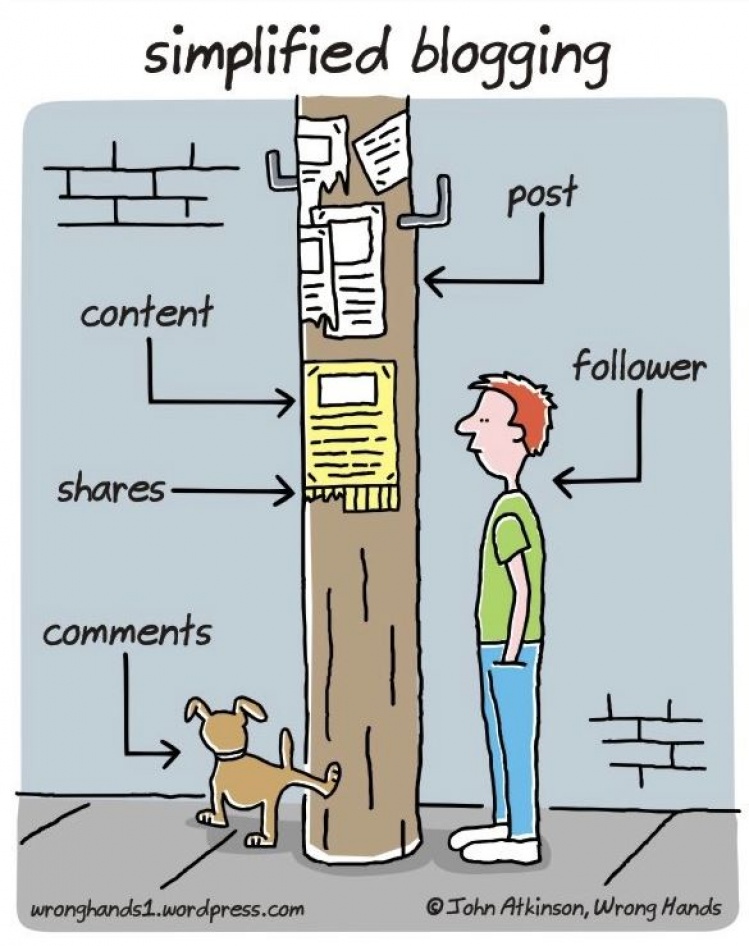 As part of the American Historical Association’s convention this year, the American Catholic Historical Association hosted a panel put together by Christopher Bellitto of Kean University. The panel was held January 3rd, in New York. The topic was how church historians can make a contribution through the media. The panel was chaired by David Gibson of Religion News Service, a journalist well known to Commonweal readers. Presentations were given by Rachel Zoll, national religion news reporter for the Associated Press, Enez Paganuzzi television producer at WNBC, Chris Bellitto, and me. The other talks (all excellent) were mostly oriented toward contributing to mainstream media as a source for journalists. Mine (below) was on blogging and writing about specialized topics for a general readership. (Unfortunately I do not have texts of the other presentations.) I welcome further discussion from dotCommonweal's readership.

I’m here to talk with you about the particular part of the media world I inhabit, which is blogging and writing about specialized topics for a general readership, mostly in Catholic periodicals, such as Commonweal. I also write for a readership with professional or semi-professional interests in church things, such as the readers of the Pray Tell Blog which is devoted to liturgy. In addition to that, I’m the editor of an online magazine for the Yale Institute of Sacred Music, The Yale ISM Review, which presents content relating to music, worship, and the arts for a readership beyond academe, but is university-based.

To tell you the truth, I got into blogging not by design, but only after overcoming a natural aversion to it. When I first approached the blog world, it resembled a food fight. Bullies and ideologues were plentiful, reasonable and thoughtful discussants rare. Trolls abounded. (That was about eight years ago; things have gotten better since then.) And the pseudonyms drove me crazy. When first asked, I said no.

But gradually I weakened. I decided to try it because I thought it might be worthwhile to put up with a certain level of contentiousness if it meant I could offer something to the discussion. And it has been. At this point I’ve not only blogged but have also served as a blog moderator at Pray Tell, so I’ve seen the blog phenomenon from the angle of writer, editor, and moderator.

As my contribution to this panel, I’d like to suggest 5 possible things that you, as an academic, might be doing by choosing to blog or to write for a more general readership than that which is represented by academic publishing. This is not an exhaustive list. During the discussion period, I hope you will share your own thoughts and perspectives.

#1  One possible aim is to reach a wide audience. You have something to say. You’ve spent years of your life learning how to say it. You want as many people as possible to hear it. A lot of people in this situation think the answer is to start a personal blog. Internet! Land of opportunity! Wrong. If this is your motivation, best to contribute to a mainstream media blog or join a group blog that has a strong following. Having a personal blog can seem attractive, and there are some very lovely personal blogs out there. But it can be lonely.

Except for a very few, most personal blogs do not get a lot of traffic. A personal blog that is doing well might have, what, maybe 1,000 visitors a month? A friend of mine was awed when 300 visitors turned up in one day. Contrast this with Pray Tell, which is small by blog standards, yet it gets about 9,000 visitors a day. And when you look at mainstream media, the numbers go up exponentially. David Gibson wrote a story in which I was quoted and I watched it bounce around the internet. In addition to appearing in several English language publications, it was translated into Vietnamese, Dutch, Indonesian, and Portuguese. It got 47,000 facebook likes in Brazil! And that’s a tiny fraction of the number of people who presumably read it. So I think it’s important to ask, how big an audience do you hope to engage? Suit your choice of outlet to what you hope to accomplish.

#2  Maybe you don’t care if you reach a lot of people, and your goal is simply to articulate your personal passion and interests in a public space. A blog is a vehicle for sharing, and it brings you pleasure. Maybe it serves as a way to bring together a mix of interests, or you just enjoy thinking aloud in this fashion. Fine. But that’s very different.

Here’s an example: Quantum Theology. Michelle Francl-Donnay, professor of Chemistry and “faithful Roman Catholic” writes about science and theology and daily life. Her tag line: “An inveterate and incurable itch for writing besets many.” A beautiful writer and deep thinker, sometimes her blog is quite personal. There are rarely a lot of comments, but that’s not the point. The African violet approach to blogging. Flourishes in shade.

#3  No matter where you blog, you also face a decision concerning what sort of blogging you want to do. One possibility is to blog in a way that is modeled on the dynamics of a classroom discussion. Cathleen Kaveny, professor of Law at Boston College, writes her Commonweal blog posts that way. She provides background, sets up a question for debate, and expects people to discuss it. It’s a lively dynamic. This motive is education: The world is your classroom.

Education doesn’t end with graduation. Adults learn by stumbling into discussions that require them to navigate many different points of view on complex questions. They learn independently and interdependently. Frequently in these discussions the commenters bring in other sources from the internet. They talk to, and learn from, each other. The issue doesn’t reach resolution, but the exercise of chasing an issue around is stimulating.

Not every subject lends itself to debate, though, so obviously within the education motive there are other choices to be made. I make no apologies for writing about matters that invite reflection rather than debate. Sometimes I want to write something to provoke a thought and leave it at that. An example would be my post at Pray Tell “In Praise of Rupture.” Comments closed. Not all blogging needs to include discussion in order to serve the purpose of education.

#4  Maybe you want to sell your book. The TeamRCIA website was begun by Nick Wagner, one of my friends and colleagues in Catholic publishing, because he had a book he wanted to sell. It grew and developed into a much-used source of materials for RCIA, involving multiple authors and products, podcasts and webinars, and is now almost a full-time job, with 13,000 subscribers and live workshops too.

Or suppose you’ve written the definitive work on your subject, and you’re looking at this with satisfaction from the point of view of tenure. But you also think, “I have something to say here, and my book sales don’t reflect its value. How do I share this?” That’s not necessarily “selling” your book, but perhaps better said “capitalizing on the research you did for your book” to make a wider contribution, perhaps with some monetary transaction attached, such as a download or study guide for purchase.

Personal blogs can be a platform for promoting a book, but in my experience it will not work if your blog or website all turns on a single publication. However, if you see your book as part of a wider menu of offerings, you can sell it.

#5  This crosses over now from blogs to periodicals, popular books, and writing for a general audience. I know, I know, paper is going the way of the dinosaur, and Catholic publishing is running into the same problems that all publishing is facing today. But the fact is, there is still such a thing as the Catholic Press, mirabile dictu, and if we don’t want it all to go to the dogs, smart people have to write for it. Speaking as a Catholic, I believe we’re heirs to a great intellectual tradition, and it makes me furious to see that brilliant tradition traded in for cheap certitudes, ideologies, and smarm. So, my #5 example of what it is you might be doing in the public space represented by publishing for a general audience (as opposed to academic publishing) is continuing the great Catholic intellectual tradition, faithful wrestling with what is real and important in life -- fides quaerens intellectum --  in a public forum.

One final note. Not everyone can write for a popular audience. Not all of us are CS Lewis. It is a skill and gift; some people just don’t have the knack for it. If this isn’t where you find you excel, or where your natural inclinations take you, there’s nothing wrong with that. Sometimes it seems to me our society is very slow to validate the work that goes on day to day in classrooms and libraries and archives and student advising, and people in the academy long for just a little more public validation of the gifts they bring to the world. “Oh, I saw you on CNN!” can produce a pleasant feeling. But as pleasant and exciting as that is, it’s not as important as the work you do as teachers and scholars. I want to affirm that above all.