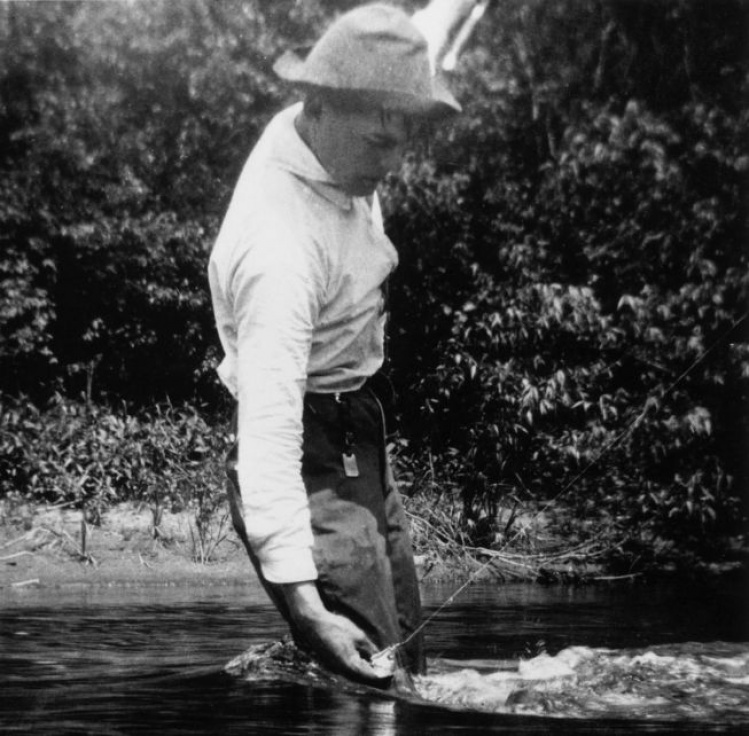 Last week Nick Ripatrazone penned a love letter to John Cheever's iconic short story, "The Swimmer." (You can read the full-text of the story as a PDF here.) That story's opening line remains a favorite of mine: "It was one of those midsummer Sundays when everyone sits around saying, ‘I drank too much last night.'" But it's not merely set in the summer; Ripatrazone nudges us to read it during the summer, too — especially as the story's sadness seems to match the barely perceptible chill you can begin to feel as August draws to a close. How Ripatrazone finishes his essay:

Find a copy of The Stories of John Cheever, sit in front of a window on a cloudy day, and re-read “The Swimmer.” Allow the story to bring you back to the temporary innocence of July and August. Experience the deep melancholy of its final paragraph as you get ready for the cold months ahead, but don’t worry: there is always next summer.

Reading this piece I realized that I have a go-to summer story myself. Perhaps fittingly, it too features a man in water.

For years—especially in my teens—I read no literary work more than The Complete Short Stories of Ernest Hemingway. It was perfect for summers; I could flip through its pages haphazardly, sometimes quickly reading a short favorite, like "Fathers and Sons," while occasionally devoting a long afternoon to a story like "The Snows of Kilimanjaro." But no story drew me in like the two-part "Big Two-Hearted River." How it begins:

The train went on up the track out of sight, around one of the hills of burnt timber. Nick sat down on the bundle of canvas and bedding the baggage man had pitched out of the door of the baggage car. There was no town, nothing but the rails and the burned-over country. The thirteen saloons that had lined the one street of Seney had not left a trace. The foundations of the Mansion House hotel stuck up above the ground. The stone was chipped and split by the fire. It was all that was left of the town of Seney. Even the surface had been burned off the ground.

Nick looked at the burned-over stretch of hillside, where he had expected to find the scattered houses of the town and then walked down the railroad track to the bridge over the river. The river was there. It swirled against the log spires of the bridge. Nick looked down into the clear, brown water, colored from the pebbly bottom, and watched the trout keeping themselves steady in the current with wavering fins. As he watched them they changed their again by quick angles, only to hold steady in the fast water again. Nick watched them a long time.

The story features a man returned from the war who goes fishing, with Hemingway's unadorned prose expertly describing the smallest details of the venture: setting up camp, making coffee, catching grasshoppers, the feel of the water rushing past his legs. Perhaps no better example exists of classic Hemingway style, and if I were to suggest reading one story to understand the "iceberg principle" associated with him, it would be this one. (Looking back, that sense of lurking mystery, an inchoate feeling that more was going on than my teenage self grasped, surely was part of its appeal.)

As someone who spent many summer hours during my youth on the trout streams of central Pennsylvania, this story of course resonated with me. But unlike Cheever's "The Swimmer," Hemingway's "Big Two-Hearted River" always seemed to belong to the beginning of summer, when the water runs fast from the cold spring rains and the days stretch ahead of you with seemingly no end in sight. Or as Hemingway writes in the story's final paragraph:

Nick stood up on the log, holding his rod, the landing net hanging heavy, then stepped into the water and splashed ashore.  He climbed the bank and cut up into the woods, toward the high ground.  He was going back to camp.  He looked back.  The river just showed through the trees.  There were plenty of days coming when he could fish the swamp.

I encourage readers to mention their own favorite summer short stories in the comments.

(Photo: Hemingway fishing in Michigan in 1916, via Wikimedia Commons)

Staff Pick: 'What Are Intellectuals Good For?'