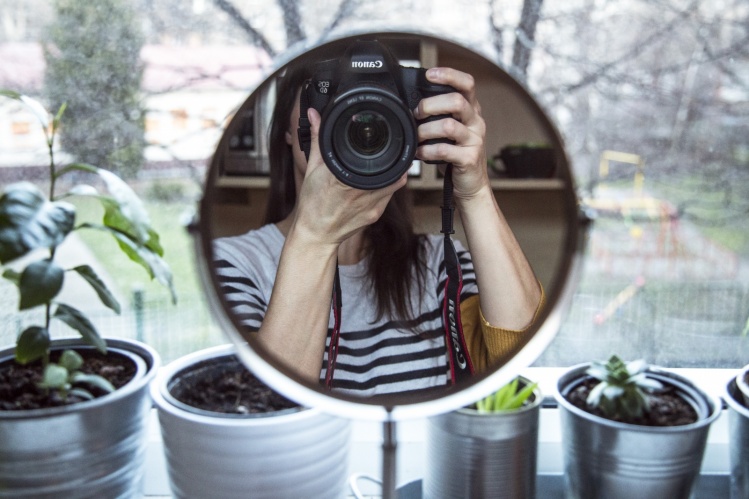 Can a photographer take pictures without taking something from her subjects? (Creative Commons CC0)

A pair of recent essay collections—Jia Tolentino’s Trick Mirror and Leslie Jamison’s Make It Scream, Make It Burn—invite easy comparisons. They were released within a month of each other. The current professional status of their authors is superficially similar: two established women writers in their thirties both living in Brooklyn. Each writes about weddings, travel, and the sensations of drugs and alcohol; each takes up overtly feminist topics, from defeated heroines and female rage to “difficult women” and women in pain. Even the two books’ bold text-only covers are similar: multicolored lettering in ochre, hot pink, and orange (Tolentino) and fuschia, peach, and sky blue (Jamison). But to my mind what really connects them is how Tolentino and Jamison reason. What’s objective, they demonstrate, is often subjective, or hypocritical, or at the very least, complicated.

Jia Tolentino studies the Internet: how it warps our perceptions, distracts us, gives us all the ability to shout our opinions. She also studies other nodes of false selfhood—from reality television to celebrity feminism, athleisure to contemporary scams—and how technology perpetuates them. Instagram is made for clean-eating women stuffed into Lululemon apparel. Companies like Uber and Amazon exploit gig-economy workers even as they promise flexibility and equality.

Tolentino’s writing is straightforward, snarky, punchy. She studies fads and cultural conversations—Barre classes, the Fyre festival, rape culture, wedding hysteria, evangelicalism, the financial crisis—and then opines with confidence, calling out class inequality and cynical politics. Conservative pundits who fall back on feminism to defend Sarah Huckabee Sanders and Hope Hicks, claiming sexism is why these women get criticized, actually “don’t even care about feminism.” In the era of student debt, social media presents itself as an alternative to higher education, tempting people to believe that “the path to stability might be a personal brand.” Even superficially good phenomena, like “online expressions of solidarity,” can become “a manner of listening so extreme and performative that it often turns into a show.”

Leslie Jamison’s topics are quirkier, and her writing is more lyrical. Mournful and cyclical, each piece—on the world’s loneliest whale, a museum of artifacts from breakups, a photographer who’s taken pictures of the same Mexican family for twenty-five years—is riven with metaphor and detail. The whale’s high-pitched, fifty-two hertz song is a “sentimental seismograph”; one breakup artifact is a plastic bag of pistachios “thick with the white webbing” of moth eggs; the photographer’s pictures show a “wheelbarrow full of dirty dishes,” a father “punch-drunk with love.” Jamison’s writing is more explicitly personal, and some of these essays are exclusively so, narrating childbirth, a past eating disorder, stepmotherhood, lost loves.

But Jamison’s reported pieces are also flush with selfhood. She’s constantly interrogating the ethics of reporting. Does a writer rely only on evidence that supports her pre-existing opinions? Can a photographer take pictures without taking something from her subjects? Jamison’s “I” checks her assumptions and instincts. She deems Second Life (an interface that mimics the world, allowing users to design human avatars, build structures, have conversations, play concerts, and even “eat” digital food) queasy. But then she qualifies her initial reaction: “Of course, my aversion to Second Life...testified to my own good fortune as much as anything.... Who was I to begrudge those who had found in the reaches of Second Life what they couldn’t offline?” On a trip to Sri Lanka, she wonders what good is done by visiting genocide memorials. Picking her way through a field of bones, she despairs: “We were all going to look at these things, and then stop looking, and then keep on living just like we ever did.” If Tolentino writes about how we are compromised in the digital era, Jamison writes about how we are compromised just by being alive. She’s harsh with herself and generous with others: calling reincarnation “an assertion of contingency,” and Las Vegas “adamantly honest,” and obsessive fans of the lonely whale not crazy but part of a “particular kinship, people tracking the same pulse of a minivan-sized heart.”

Make It Scream, Make It Burn, despite its bold title, is constantly undercutting itself. And, in a way, so is Trick Mirror. When the “I” enters Tolentino’s work, it is not to self-soothe, but to self-scold: “People are making the world better through concrete footwork every day. (Not me—I’m too busy sitting in front of the internet!)” After a long essay on the frivolity of weddings and the entrapment of marriage, she wonders if the “‘thee’ I dread may have been the ‘I’ all along.” Reflecting on the woman who provided false testimony for the retracted 2014 Rolling Stone story about sexual assault at the University of Virginia (Tolentino’s alma mater), she gets angry, realizing that she “resents” the subject and the sloppy reporting. But then, the “I” dives into analysis: “I know that what I really resent is sexual violence itself.” Tolentino goes to Barre classes although she knows they’re absurdly expensive and freakily mechanized; she loves the way they make her legs look. She thinks Amazon is exploitative, and yet it took her years to stop grasping at its “tiny scraps of relief and convenience and advantage.” In her essay “Ecstasy,” she humbles herself; Tolentino understands the ability of religion to offer transcendence, though she’s left the evangelicalism of her upbringing, and finds release in the eponymous drug rather than the church. Her asides only make her more authoritative. She wins trust by implicating herself in the creation of the world she critiques.

There is something distinctly empowering in Tolentino and Jamison’s employment of the self—in their collapsing of the theoretical and the experienced. This is how my mind works, too. I can’t think clearly about feminism or economics or politics without calling up sensory details, remembering biographical relevancies, or chafing against my own hypocrisy. I speak out of my own experience because it’s where I find authority, but also helpful complication. I notice this mode of thinking in many of my female friends. We spend hours separating the “layers” of situations, sometimes paralyzed by our attunement, but also entirely comfortable with uncertainty.

Tolentino and Jamison demonstrate that the “I” isn’t a crutch, or a weakness, a sign of female sentimentality or millennial self-obsession. Used well, it’s just honest. Biases corrupt even the purest of stances, bolster the most illogical of loves; the writer picks her subjects and stances in part because of what she believes. What we think is inextricable from what we feel and do, and when there’s dissonance among the three, it’s always worth examining. Writing is a way of parsing it all: acknowledging at once our human limitations, and our powerful, integrated wholeness.