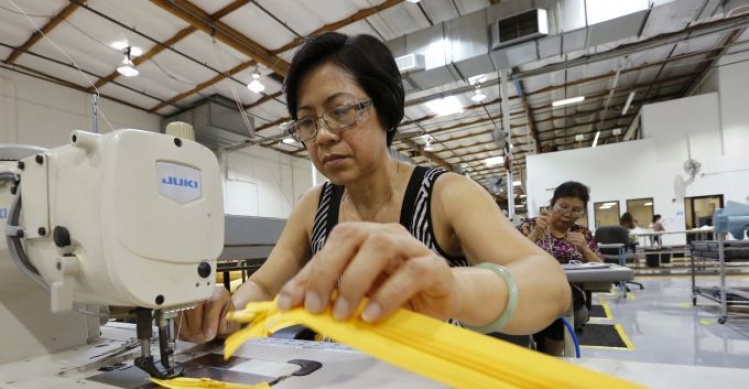 Many conservatives and most libertarians argue that every new law or regulation means that government is adding to the sum total of oppression and reducing the freedom of individuals.

This way of looking at things greatly simplifies the political debate. Domestic issues are boiled down to the question of whether someone is "pro-government" or "anti-government."

Alas for the over-simplifiers, it's an approach that misreads the nature of the choices that regulators, politicians and citizens regularly face. It ignores that the market system itself could not exist without the rules that government establishes, beginning with statutes protecting private property and also the various measures against the use of force and fraud in business and individual transactions.

More importantly, it overlooks the ways in which the steps government takes often empower citizens and expand their rights. Nowhere is this more obvious than in the realm of work.

The run-up to Labor Day this year brought a spate of news stories and commentaries on the actions of the National Labor Relations Board and other government agencies to strengthen the rights of workers and enhance their bargaining power relative to employers.

Last week, Noam Scheiber offered an important account in The New York Times of how the Obama administration has been "pursuing an aggressive campaign to restore protections for workers that have been eroded by business activism, conservative governance and the evolution of the economy in recent decades."

Among the milestones Scheiber cited was a recent Court of Appeals decision upholding an Obama-era rule providing minimum-wage and overtime protections to nearly 2 million home healthcare workers. They certainly felt empowered by government, not oppressed. So did the employees of contractors and franchises who were granted collective bargaining rights by the National Labor Relations Board.

Fast-food chains provide the obvious example of how loopholes related to new work arrangements and franchise agreements can let employers out of their traditional obligations. In the case of purveyors of hamburgers and chicken tenders, the parent companies set all sorts of detailed requirements for how these businesses should operate -- and then turn around and claim that when it comes to workers' rights, their franchises are utterly independent.

One of the most fascinating struggles, still ongoing, is over new regulations that the Labor Department is trying to establish to ensure that those who give investment advice to people with 401(k)s and individual retirement accounts base their judgments on the best interests of their clients. Along with defined-contribution retirement plans, they involve some $13 trillion in investments.

The Labor Department proposal would require investment advisers to abide by a "fiduciary" standard -- meaning that the best-interest-of-the-client yardstick should be their sole criterion in offering counsel to clients. If this seems obvious, that's not what the current law requires. As Secretary of Labor Thomas Perez said in an interview, the standard now is only that an investment be suitable. "What the hell is 'suitable'?" Perez asked, noting that he would hope for more than just "suitable" advice from his doctor.

The issue is whether some investment advisers might offer conflicted guidance influenced by "backdoor payments and hidden fees often buried in the fine print," as the Labor Department put it in a document explaining why change is needed.

"I don't believe that folks who provide advice wake up with malice in their hearts," Perez said. But he added that it is only natural that advisers might lean toward investments from which they can also benefit. "Surprise, surprise, if you have four or five products that are suitable and one gives you a commission, guess where you will go?" The new rules, which are being heavily contested by parts of the financial industry, are an attempt to realign the incentives, Perez argued.

The investment-rule battle is a near-perfect example of how the government is plainly promoting free markets -- what's more market-oriented than building an investment portfolio? -- but is also trying to make sure that the rules regulating the investments tilt toward the interests of the individual putting his or her money at risk.

As long as there are markets, government will have to establish rules determining how they operate. These necessarily affect the interests of market participants. Many of the choices are not between more or less government. They are about whether what government does provides greater benefit to workers or employers, management or unions, individual investors or investment firms.

"Which side are you on?" This question from the old union song is the right question to ask about government.