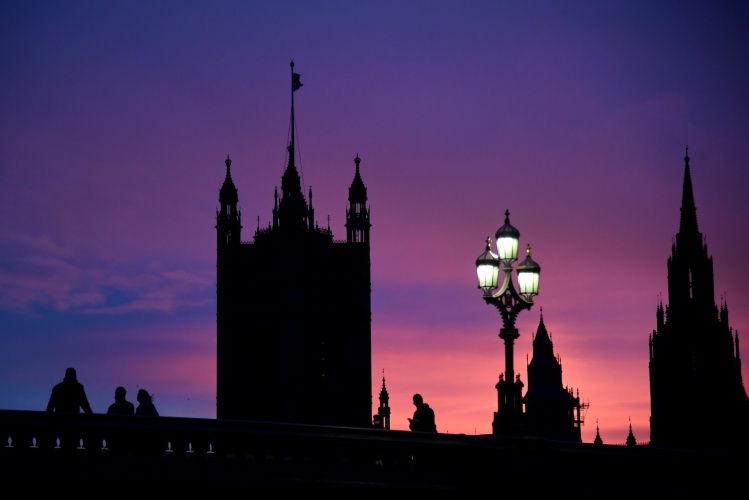 On February 22, Prime Minister Boris Johnson presented the long-awaited details of Great Britain’s route out of lockdown. The announcement was, unsurprisingly, cautious. The details were relatively few, and the caveats numerous. But Johnson nevertheless laid out a timetable for the gradual lifting of restrictions, culminating in the most exciting step of all: June 21, the summer solstice, the date when Britain aims to lift virtually all remaining Covid restrictions and allow, at long last, a “return to normal.”

It can be difficult to remember what “normal” means. Beginning my studies at Cambridge University in September 2019, I had two terms of normalcy before the pandemic shut down the country and the world. Classes were moved to Zoom, libraries closed, and exams were thrown into confusion. The dizzying, halcyon intensity of Cambridge gave way to an eerie remove, as the thrills of the summer term were replaced by a strange period of quiet study from my childhood bedroom. I was, of course, very lucky to have a home environment so conducive to study. But the sense of loss was nevertheless acute. It is no surprise, then, that for me and my fellow students the promises of June 21 were met with fevered excitement. Across Cambridge, a flurry of parties and gatherings have been planned in parks and restaurants, while St. John’s College has a plan for its May Ball to take place the next day.

Nor was the excitement limited to students. Across all of Great Britain, the date of June 21 took on a near-totemic significance. It dominated many newspaper front pages the day after the announcement, while social media was immediately awash with excitement and speculation, including several petitions to make June 21 an official bank holiday. Of course, much could go wrong between now and then. The threat of new coronavirus variants or a reduced vaccine supply are just two of many things that could derail the government’s reopening plan. Moreover, it remains uncertain whether all the measures will be completely relaxed, with some predicting that some kind of mask requirement will remain in place for years to come. The practicalities of June 21 remain far from clear. But the practicalities may not be the point. One could argue that the real importance of the date is that it marks a symbolic end to the pandemic. It is the time when, as the prime minister says, we will “reclaim our freedoms”—a chance to put a singularly wretched year behind us and “return to normal.” Although the coronavirus will almost certainly still be present in Britain, the government’s message is that after June 21 the miserable Covid era will be over.

That the government can make such a bold claim, even in the midst of the current lockdown, is mainly due to one factor: Britain’s extraordinary vaccine rollout. At the time of writing, Britain has offered 62.03 vaccine doses per 100 people, second only to Chile and Israel, and higher than both the United States (with 61.56 doses per 100 people) and Europe (with 23.55). Despite recent setbacks, the vaccination program has proved an almost baffling success for a country increasingly resigned to government incompetence, and unsurprisingly has become a major focus of the current Conservative government, which is aiming to restore its beleaguered reputation with a “vaccine bounce.” This is in some ways not unjustified. More than half of the British population has now been vaccinated with at least one dose and, according to Public Health England, the vaccine may already have saved more than ten thousand lives, a figure that will surely substantially increase as lockdown lifts. The scientists, doctors, and volunteers who contributed to the speed of this rollout all deserve praise.

Despite the success of the rollout, however, Britain’s overall Covid response presents a very bleak picture.
sharetweet

Despite the success of the rollout, however, Britain’s overall Covid response presents a very bleak picture. First, there is the brute fact of the country’s death toll, which now stands at 127,225—the highest of any country in Europe, and about ten thousand more than Italy, whose death rate horrified the world in the early stages of the pandemic. In the first wave of the pandemic, we had the highest excess mortality rate in Europe. We still have one of the highest excess mortality rates in the world for people under the age of sixty-five. There are no simple explanations for these grim statistics. Some factors are largely beyond human control, such as the emergence of the so-called Kent Variant, a strain of coronavirus estimated to be between 30 and 50 percent more transmissible, and potentially much more lethal. It was this variant that helped drive Britain’s brutal second wave, which, at its peak, was claiming more than 1,300 lives a day, and ultimately cost more lives than the first wave.

But the new variant cannot bear all the blame for Britain’s death toll. Rather, it must be understood in the context of serious flaws in the government’s response, all the more egregious given the lessons that should have been learned from the first wave. Perhaps the most obvious example was the continued failure of the U.K.’s Test and Trace system. Presented as a safeguard against a further lockdown, the contact-tracing program was beset by flaws from the outset and, despite having a £37 billion (a little over $50 billion) budget, was deemed this March to have made “no measurable difference” in combating the virus. As cases rose in September, the government placed its faith not in contact tracing but rather in an ineffectual regional tier system, which heightened societal and economic inequalities while ultimately failing to contain the spread of the virus. Moreover, the government continually failed to lock down in time. It waited a crucial month in the autumn to implement a “circuit breaker” lockdown advised by its Scientific Advisory Group for Emergencies (SAGE), and similarly failed to lock down early in the winter, even as cases spiked to more than fifty thousand positive tests a day in late December.

Perhaps most troubling is how Britain’s Covid crisis has further exposed its deep inequalities. Analysis from Public Health England (PHE) in August 2020 found that the mortality rates from COVID-19 in the most deprived areas were more than double those in the least deprived areas. Similar disparities emerged with race: PHE found that death rates from the new virus were highest among Black and Asian ethnic-minority groups, while people of Bangladeshi ethnicity were twice as likely to die as those of white British ethnicity. In an interview with the Financial Times, Jason Strelitz, director of public health in Newham, one of London’s most deprived boroughs, described the situation well: “Early on, it was all ‘we’re in this together’ and ‘the virus doesn’t discriminate.’ But then it emerged that it did.”

Even now, many of these inequalities remain woefully unaddressed. It is striking that, a year into the pandemic, there remains very limited government support for those in quarantine, contributing to an quarantine success rate that SAGE estimates to be as low as 39 percent. The disparities can also be seen in the vaccine rollout itself. Britain’s approach to vaccinations has been strictly age-based; the only exceptions are for key health workers and those with serious health conditions. Gabriel Scally, president of epidemiology at the Royal Society of Medicine, has described his as a “very conservative approach,” contrasting it with the more flexible approach in the United States, where many states have prioritized essential workers, such as mass-transportation workers. While the close focus of the U.K. program has potentially helped to speed up vaccinations overall, it has nevertheless resulted in significant disparities in vaccination rates. A Guardian study of vaccinations in Southwark, for example, found that the wealthy areas of Herne Hill and Dulwich Park had vaccinated 95 percent of those aged sixty or above, while less than 70 percent had been vaccinated in the low-income area of North Peckham.

These problems may yet prove serious enough to disrupt Britain’s exit plan entirely. But it is also possible that the United Kingdom will be able to lift the majority of its restrictions on schedule. June 21 could really be the day of celebration Boris Johnson has described. But this definitive “end” to the pandemic must not obscure the fact that, for many thousands of people, it will be too late for celebration. Those of us who were spared owe it to the many who were not to see June 21 not merely as the end of an ordeal, but also as the beginning of a new era in which Britain engages more profoundly with the structural economic and public-health problems that contributed to Covid’s brutal toll. There are already some encouraging signs of change. Health Secretary Matt Hancock has argued for an increase in statutory sick pay. But I hope that Britain’s long-term response to the pandemic will also involve some deeper social changes, such as greater recognition of the profound inequalities in our society, and of our dependence on the labor of people who are especially vulnerable in crisis such as this one. June 21 will, I deeply hope, be a day of celebration and joy. But we owe it to those who were lost to make it much more than that.