Resist & Be Not Afraid 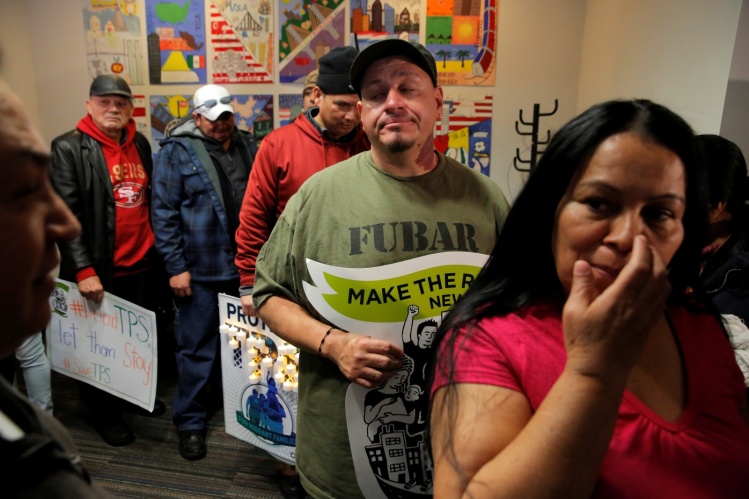 Fear is a friend to dictators, demagogues, and autocrats, and its dark power can quickly undermine even thriving democracies. This is why President Trump’s consistent inclination to pour gasoline on the smoldering fears and worst instincts of people is so troubling. With every nasty, narcissistic tweet and every reckless policy decision he’s made under the guise of “law and order,” our current president pushes us toward fear, insecurity, and selfishness. Abraham Lincoln, at a time of national crisis, called citizens to summon the better angels of their nature. Trump is an almost perfect opposite to the first Republican president.

It's this posture that Pope Francis condemned earlier in the week, lamenting those who only speak about immigrants, migrants, and refugees for “the sake of stirring up primal fears.” In an annual address to more than one hundred ambassadors to the Holy See, the pope encouraged leaders to “abandon the familiar rhetoric” and described migration as a “fundamental human right.” Francis rooted his argument in ancient soil. “In the Judeo-Christian tradition,” he said, “the history of salvation is essentially a history of migration.” It’s a stark reminder that President Trump and the 81 percent of evangelicals and more than half of white Catholics who voted for him need to hear repeatedly. And it’s a message failing to get through.

The Trump administration ended temporary protected status (TPS) for nearly two hundred thousand people from El Salvador this week, a decision as cruel as it was unnecessary. The humanitarian program has allowed Salvadorans to live and work legally in the United States since a pair of devastating earthquakes struck the country in 2001. The change of policy came just weeks after more than forty-five thousand Haitians lost protections that were offered to them after a 2010 earthquake struck their country. People who know the United States as home, contribute to the economy, and aspire to the American dream now face the grim reality of returning to a place with the highest murder rate in the world, rampant gang violence, and few prospects for good work. Exile is not too strong a word to use for what they face.

Policy always has a face and a name
sharetweet

I live in Washington, DC, home to the highest concentration of Salvadorans in the United States. Many first received temporary protected status during a brutal, twelve-year civil war in El Salvador, a conflict exacerbated by the Reagan administration’s financial and tactical support for a repressive Salvadoran government that unleashed military death squads that killed thousands of people, including six Jesuit priests, a housekeeper, and her teenage daughter in 1989. Revoking protected status for people who fled a war our government contributed to and for those displaced by natural disasters represents the victory of ideology over basic human decency, which should never be a partisan issue. President George H. W. Bush signed into law the policy of shielding eligible immigrants from deportation during periods of conflict or natural disaster. His son, George W. Bush, continued this for immigrants affected by major earthquakes.

Policy always has a face and a name. A close family friend, who many times has cared for my young children, fled El Salvador years ago. She carries scars, physical and mental. In conversations with her I can tell she is haunted by memories of violence and brutality. Despite a past no one deserves, I have rarely met anyone as hopeful for the future, hardworking, and committed to her faith. The thought of explaining to my three-year-old son and seven-year-old daughter that one of their favorite people in the world was sent away and will never return makes me sick.

News of the Trump administration’s TPS decision broke at the same time as the U.S. Conference of Catholic Bishops was holding its annual National Migration Week, celebrated for the last fifty years. Catholic leaders reacted strongly to the rescinding of these protections. Bishop Joe S. Vasquez of Austin, chairman of the U.S. bishops’ migration committee, called the decision “heartbreaking,” and underscored that “our nation must not turn its back on TPS recipients and their families; they too are children of God.” Sister Donna Markham, CEO of Catholic Charities USA, called the move “devastating not only for the 250,000 Salvadorans who have established themselves in this country as trusted employees, neighbors and members of the community but also for the nearly two hundred thousand children who are citizens of this country and face either being separated from their families or leaving the only country they have ever known.” Dylan Corbett, executive director of the Hope Border Institute in El Paso, Texas, said deporting people with temporary protected status “will mean uprooting and destroying families and livelihoods and sending families back to poverty and violence in one of the most dangerous and volatile regions of the world.” And Miami Archbishop Thomas Wenski drew on Biblical themes. “The church teaches us not to fear the migrant—and the church warns us not to mistreat the migrant,” he said. “In a way, just as we call Jesus the King of Kings and the Lord of Lords, we can refer to him as the Migrant of Migrants as well.”

Fear consumes and brings darkness. “Be not afraid” is the constant message we hear from the prophets and in the gospels. Those of us struggling to live out our call to solidarity with hope—not as a sentimental emotion but a clear-eyed commitment to the hard struggle of building God’s kingdom—must continue to resist. “God is the substance of all revolutions,” Walter Rauschenbusch wrote in his classic Christianity and the Social Crisis more than a century ago. Change has always bubbled from the bottom up, when moral movements sustained by a deep spiritual hunger for justice run ahead of those wielding power. God of the margins and the peripheries, thy kingdom come.