From the November 12, 1924 issue
By G. K. Chesterton
From the Archives 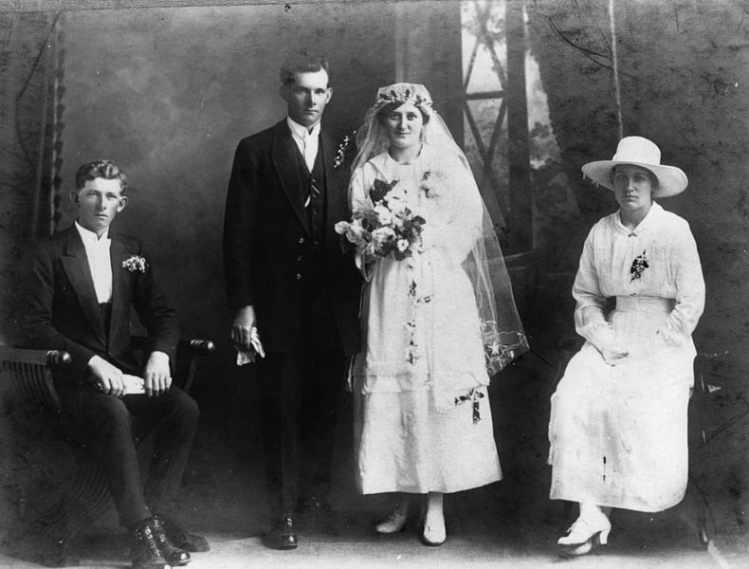 We do not in the least believe in the greater happiness promised to mankind by the dissolution of lifelong loyalties; we do not feel the slightest respect for the crude and sentimental rhetoric in which it is recommended to us. But the practical result of our convictions and our confidence is this; that when people say to us "Your system is quite unsuited to the modern world," we answer—"If that is so things look rather rotten for the poor old modern world." When they say—"Your ideal of marriage may be an ideal, but it cannot be a reality," we say—“It is an ideal in a diseased society; it is a reality in a healthy society. For where it is real it makes society healthy." We do not say perfectly healthy, for we believe in other things besides marriage; as, for instance, in the Fall of Man.  But the point is that what we want is practical in the sense that we want to make something, to create Christian families. But they only want what is practicable, in the sense of what is easiest at the moment.

So much for the general theory of marriage that passion is purified by its own fruitfulness, when that fruitfulness is its dignified and decent end. It might be put shortly by saying that we would substitute, for the half-truth of love for love's sake, the larger truth of love for life's sake. Love is subject to law because it is subject to life. It is true, not merely in a metaphorical, not even merely in a mystical, but also in a material sense, that it is come that we may have life and that we may have it more abundantly. Of course this does not mean that the love has not its own spiritual value, where honorable accident prevents it from being fruitful. But it does mean that, in a general sense, we may judge the loves of men by another metaphor which is also a material fact--and by their fruits we shall know them.

So much of the principle is, or was until very lately, common to all who call themselves Christians.  There is a pendant to the principle professed by all who call themselves Catholics. It is a more mystical idea; and only Catholics, perhaps, have troubled rationally and philosophically to define it. It is by no means true, however, that only Catholics have felt it. The old pagans groped after it in their visions of Athene and Artemis and the Vestal Virgins. The modern agnostics grope after it in their worship of the innocence of childhood--in Peter Pan or the Child's Garden of Verses. It is the idea that there is for some a direct happiness even more divine than the divine sacrament of marriage. This is a subject at once too special and too great to be expounded here; but two rather singular facts may be noted about it in conclusion. First, that the modern industrial states are invoking a nightmare of over-population, after having themselves actually destroyed the monastic brotherhoods that were a voluntary and virile limitation of it. In other words, they are rather reluctantly relapsing into birth control after actually suppressing the proof that men are capable of self-control. Secondly, if such abstention were really required, this religious tradition could give it a poetic and positive enthusiasm, where all others would make it merely a negative mutilation. Catholics believe in reason, and like to have  practical  things proved; and at present the need is not proved; but only talked about as if it were, like Darwin and Einstein. But even if it were, they would have a better answer than anybody else; the trumpet of St. Francis and St. Dominic. And good Protestants will at least agree that the answer would be better than the alternative of a sort of secret and silent anarchy, in which the motives are narrowed and the result is void. And by this road we return to the original and normal theme of the ideal of marriage; and to the main truth about it. A thing so human certainly will not finally disappear amid the accidents of an abnormal society. The society will never be able to judge marriage. Marriage will judge that society; and may possibly condemn it.

G. K. Chesterton, who will write for The Commonweal, contributes to this issue an article in his most vigorous vein.

From “Religion and Sex”