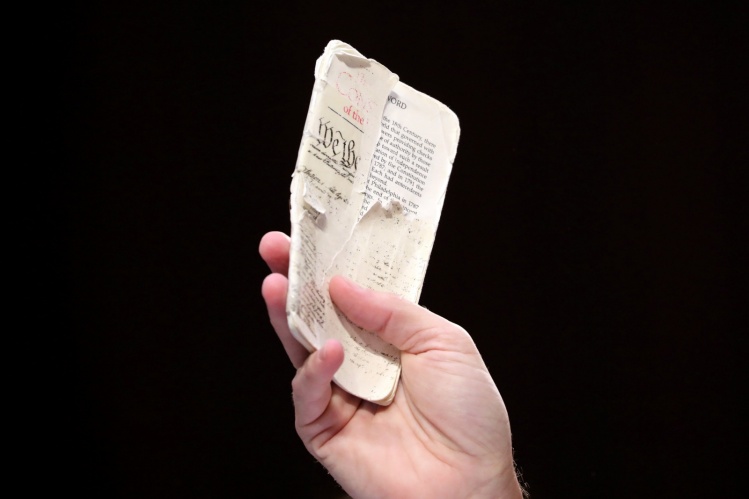 The National Rifle Association and the American Civil Liberties Union seem to approach the political and legal issues of the day from opposite points on the ideological spectrum—the former is often considered to be an organization of the right and the latter one of the left. Mary Anne Franks’s The Cult of the Constitution, however, proposes that the NRA and the ACLU are more similar than we might think: both organizations shape the political narrative of constitutional rights by adopting an absolutism that counters threats to gun rights and free speech by advocating for “more” guns or speech. More controversially, Franks claims that both organizations’ advocacy advances a techno-libertarian individualism that protects white, male supremacy.

Second Amendment fundamentalism, what Franks terms “the cult of the gun,” adheres to an uncompromising belief in an individual’s right to use guns in self-defense. By conflating the possession and use of firearms with the constitutional right to do so, any proposal to promote gun use—such as relaxing restrictions on the open carry of guns or establishing stand-your-ground laws—“will be viewed as protecting the constitutional right to self-defense,” while any attempt at regulating gun use or availability “will be viewed as attacking the constitutional right to self-defense.” We have seen this phenomenon after mass shootings in Newtown, Orlando, Las Vegas, Parkland, El Paso, Dayton, Odessa, and far too many other places to name: calls for even moderate reforms, such as expanded registration and background checks, have been stifled by the absolutism of the NRA and its political allies.

First Amendment fundamentalism, what Franks terms “the cult of free speech,” manifests its libertarianism in the “marketplace of ideas” metaphor that Justice Oliver Wendell Holmes Jr. coined. As Franks explains, under this justification for the freedom of speech, “when all ideas, even deeply offensive ideas, are allowed to freely circulate in the marketplace, the best ones will win out, and the truth will ultimately prevail.” In other words, the answer to white-nationalist marches in Charlottesville is not suppression, but more speech.

On its face, because these interpretations of First and Second Amendment rights are framed in universal terms, they would seem not to advance one person’s rights over another’s. But using many contemporary examples, Franks shows that in practice, the focus on constitutionalizing all aspects of gun ownership and speech end up harming women and minorities. If it’s true that, in the words of the NRA maxim, the antidote to a “bad guy with a gun” is “a good guy with a gun,” how can one tell if someone carrying a gun in the exercise of open-carry laws is a bad guy or a good guy? Too frequently, a split-second judgment arises out of prejudice, whether overt or subconscious, with deadly results. Consider the 2016 death of Philando Castile in Minnesota. After being pulled over for a traffic stop, Castile notified police that he had a permit and a lawful weapon in the car he was driving. Almost immediately, he was shot to death by the police officer he notified. Although Castile followed the same gun laws that the NRA champions, Franks observes that the NRA said nothing in response to Castile’s death.

Franks also illustrates how First Amendment absolutism harms women and minorities. She uses the example of nonconsensual pornography, or “revenge porn”: the disclosure of sexually explicit images and video without the consent of the subject. (“Revenge” is a misnomer, as it can encompass other motives, such as extortion for profit.) These images and videos could have been obtained by hidden cameras or hacking, or given in confidence by a romantic partner. Given how easy it is for uploaded materials to spread in the internet age, many states have sought to regulate and punish those who post ill-gotten explicit images and videos. Yet despite the invasion of privacy and trauma that nonconsensual pornography imposes on its victims, the ACLU has maintained that it is free speech, and has opposed comprehensive legislation that would prohibit the nonconsensual distribution of sexually explicit images.

Franks deftly contrasts the ACLU’s position on revenge porn with its position on other matters of privacy, such as protecting individuals’ geolocation data or forbidding merchants to ask for Social Security information. But these additional nuances undermine Franks’s decision to single out the ACLU as an exemplar of First Amendment fundamentalism. Franks also illustrates how the NRA’s move away from a focus on safety, training, and education, toward a Second Amendment fundamentalism, is relatively recent in its nearly century-and-a-half existence. (For instance, the NRA supported the Gun Control Act of 1968.) The comparisons between—and thus Franks’s focus on—the two organizations are necessarily inexact.

If the marketplace metaphor—whether of guns or speech—creates and reinforces imbalances of power, a more inclusive metaphor might be the public square.
sharetweet

Nevertheless, Franks’s thoroughly egalitarian approach challenges readers to rethink the fundamentalisms we may espouse. Her introduction invokes the Golden Rule and Kant’s categorical imperative in explaining that “a rule that applies only to others and not to ourselves is no rule at all, but merely a self-serving preference upon which no coherent moral system can be built.” In applying this principle to constitutional rights and obligations, she observes that “the only rights any of us should have are the rights that all of us should have.”

Franks claims that this principle—what she calls “constitutional reciprocity”—is illusory, and has been since the country’s founding. This is not a new argument: more than a century ago the historian Charles Beard described the Constitution as essentially an economic document, drafted and ratified by those whose property ownership qualified them to vote on and gain from its establishment. More recent historical research, including that of Cornell University historian Edward Baptist in The Half Has Never Been Told: Slavery and the Making of American Capitalism, examines how embedded slavery was in the development of capitalism and industry in the North.

While Franks uses contemporary examples to revise and critique the conventional wisdom about the First and Second Amendments, her critique—which aims to engage in a “constitutional accounting” that confronts how “constitutional rights and resources have overwhelmingly been allocated to the interests of white men”—does not explain how to accomplish the constitutional reciprocity that she seeks. Franks suggests that amending the Constitution is one method; she calls this possibility the Constitution’s greatest virtue and “a flash of humility” by its drafters. But she does not suggest any specific amendments to the Constitution; her focus is on reframing the narrative to highlight “the groups who suffer the greatest deprivations of constitutional rights.”

While such a corrective is certainly needed, it risks dividing. If the marketplace metaphor—whether of guns or speech—creates and reinforces imbalances of power, a more inclusive metaphor might be the public square. A communitarian public square is well rooted in our constitutional history and the Bill of Rights, and the rights of the Constitution were framed with a more communal vision of freedom in mind. Until recent Supreme Court decisions in United States v. Heller and McDonald v. Chicago, the predominant interpretation of the Second Amendment emphasized the communal aspect of “a well-regulated militia.” James Madison, drafter of both the First and Second Amendments, understood free speech to constitute an integral part of self-government. He articulated this concept most forcefully in his “Report on the Virginia Resolutions,” arguing that citizens can only engage in representative self-government by freely examining and discussing the merits and demerits of the issues of the day. Both of these constitutional rights contain communal aspects to advance collective freedom, not just individual license. Importantly, this communitarian vision of democracy does not seek freedom from the state or one’s fellow citizens but instead ensures freedom so that everyone has a role in crafting the state.