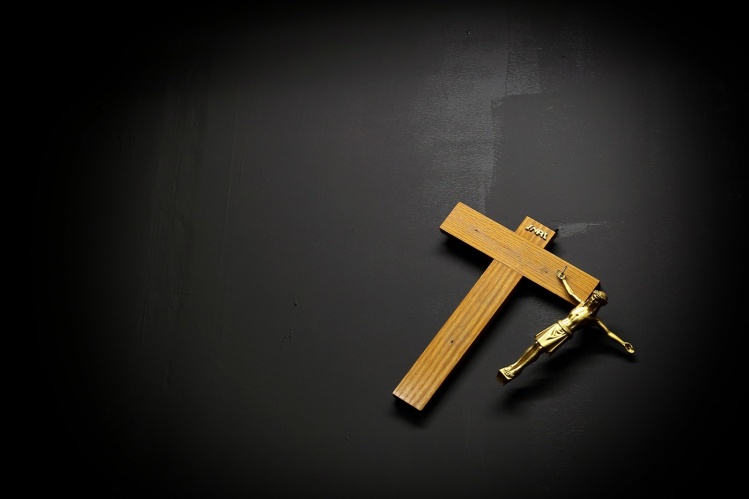 It wasn’t supposed to happen, but happen it did. Having thrown off the shackles of clericalism and everything else Catholic, the once-pious province—a Quebec steeped in the life of a church seen as sole protector of French identity, culture, and religion in the New World—has embraced a new form of dogmatism and intolerance: the radical secularism of laïcité.

On June 16, a week after Pentecost, the National Assembly in Quebec City passed Bill 21, a draconian law intended to address the challenges of religious pluralism. Following a marathon session, and after weeks of protest and political wrangling, the government of Premier François Legault’s Coalition Avenir Québec succeeded in passing its controversial legislation. The bill bans police, civil servants, teachers, government lawyers, prison guards, and other state employees from wearing any form of religious garment—the Sikh turban, the Jewish kippa, the Muslim hijab, niqab, and burka, and the Christian cross—while on the job. Those currently under contract will be grandfathered, although any change in their status—promotion, lateral transfer or the like—will require compliance with the new legislation. And so within a short time, the crucifix hanging over the speaker’s chair in the National Assembly will be removed, in the spirit of the new laïcité, Quebec-style.

Sheema Khan, a Harvard-educated scientist and inventor, writes regularly on the status of Muslim women in Canada; Khan wears a hijab, and struggles to find common ground between secular Canada and her own religious tradition. She has written about witnessing a terrible auto accident while visiting Montreal shortly after the passage of Bill 21. Khan provided a statement to the police and now wonders, “What if I am called to testify and denied the opportunity to do so because of my hijab? Will the court be deemed a space laique, where no religious symbols are allowed?” Noting that on two occasions, Quebec judges have unsuccessfully tried to bar women with hijabs, she asks: “Will judges be emboldened to try again? In the future, a turbaned Sikh police officer cannot take a witness statement; an observant Jewish lawyer won’t be allowed to prosecute a case on behalf of the province.” Decrying a Quebec that is “march[ing] to its own tune of folly,” Khan envisions “religious dress” police, and urges her fellow Canadians to “not remain silent while their fellow citizens are denied basic human rights.”

Indeed, many organizations are not remaining silent, including the major universities of the province, the Montreal English-speaking school board and teacher unions (both French and English), law firms, journalists and editors of the premier media organs in Quebec, and religious bodies of every stripe, including the Assembly of Quebec Bishops. The Archbishop of Montreal, Christian Lepine, called Bill 21 an erosion of individual freedoms and a diminishment of human dignity. The Fédération des femmes du Québec warned of the damage that will be done to Muslim women through the bill’s discriminatory bias.

Most important, the federal government and Prime Minister Justin Trudeau, a native Quebecker, stand vigorously opposed to the bill, and are resolved to appeal it to the Supreme Court as a violation of the Canadian Charter of Rights and Freedoms. Their challenge will be amplified by the Legault administration’s intention to invoke the so-called “notwithstanding clause,” also known as the “override clause,” which allows federal or provincial governments temporarily to override or bypass certain Charter rights. The clause, a controversial amendment since its inception as part of the Canada Act of 1982, which completed the country’s constitutional independence from the United Kingdom, was deemed necessary at the time to ensure the cooperation of all the provinces, and Quebec specifically. Invoking the clause has been rare; but when a provincial government does so, it usually gets its way.

Legault knows that the province’s prerogative can be tested in the courts, but he also knows the bar for revocation is high, and that in a national election year the governing party in Ottawa will be reluctant to alienate the population of a province it depends on for elected Members of Parliament. Given the prime minister’s very public opposition to Bill 21, however, he will have little choice but to intervene at some point. While this is more likely to happen after the election, Trudeau might conceivably choose to make it an election battleground: Ottawa defending religious freedoms over the secularists keen on scrubbing the public landscape clean of religious markers. Given the wide antipathy to Bill 21 outside Quebec, that might work, but he will need to weigh in the balance the collateral damage of pitting English Canada against la belle province.

Support for the bill within Quebec has come from various constituencies: rural residents hostile to the urban monoliths of Montreal and Quebec City; native Quebeckers uncomfortable with significant immigration in recent years from former French colonies, principally in Africa and the Caribbean; and people increasingly anxious over perceived threats to the linguistic and cultural identity of Quebec by an expanding Muslim population, and what they see as relentless denigration of the old values. Emerging populist politicians further to the right of Premier Legault, like Maxime Bernier and his People's Party, feed the fears of a citizenry under siege. But support has also come from leftist circles, including sovereigntists keen on democratic socialism in the European mode, and some feminist organizations that see the veil as a cultural prop of an oppressive patriarchy.

Surrogate theologies can be as hegemonic and intolerant as those they replace. Often, more so.
sharetweet

Legault didn’t create the current turmoil; he inherited it. And his effort to end it via Bill 21 is merely the latest and most radical attempt at closure. Attempts to deal with religious tensions in Quebec resulted in the appointment by Premier Jean Charest in 2007 of two distinguished academics—political philosopher Charles Taylor and sociologist Gérard Bouchard—to investigate the issue of reasonable accommodation. The province had been rocked by several controversies around conflicting secular and religious rights, including the decision by a YMCA to install clouded windows so that ultra-orthodox men and boys could better resist the temptation that comes from watching young women in gym attire, the proscribing of ceremonial weapons like the Sikh kirpan in school playgrounds, the outlawing of full facial veils for women voting or dealing with public officials, and the initiative of at least one town, Hérouxville, to pass a code of conduct outlining behavior congruent with Quebec standards and banning those practices deemed inappropriate, like female genital mutilation.

Taylor and Bouchard had their job cut out for them, and their final document—the result of public hearings, formal submissions, focus-group discussions, and individual consultations across a wide spectrum of opinion—recommended a series of accommodations that acknowledged the province’s distinctiveness in the Canadian confederation. “It is in the interests of any community to maintain a minimum of cohesion,” the authors wrote. “For a small nation like Quebec, always preoccupied with its future as a cultural minority, integration represents a condition of its development, indeed its survival.”

To that end, Bouchard and Taylor recommended that state employees obliged to exercise “coercive powers”—officers of the Quebec provincial police, to take one instance—be prohibited from wearing religious symbols. As Globe and Mail columnist Konrad Yakabuski has noted, in 2008 the RCMP had already been allowing Sikh officers to wear turbans for eighteen years, and so “[i]t was obvious then that, in implementing such a ban, Quebec would put itself on a collision course with the rest of Canada.” Yakabuski observes further that proponents of Quebec secularism quickly “seized on the imprimatur of Bouchard-Taylor to legitimize their cause.” A decade later, Taylor has repudiated his prior recommendation. In a session with the commission studying Bill 21, he confessed to having been naïve about the results such a recommendation would entail, and feared now that it would help “provoke incidents of hate.” In the end, of course, the formidable opposition to Bill 21 failed, and all eyes will now turn to Ottawa and Quebec City to see how they slug it out.

Missing in all the analysis of the political contretemps is the recognition of the uniquely Québécois origins of the controversy, and in particular the province’s hard rupture with its Catholic past—a rupture quiet and nonviolent in its unfolding, but quite comprehensive in the end—which created a vacuum that has yet to be filled. When you rip out the religious foundations of a culture, you prepare, however unwittingly, for their replacement by what George Steiner in his 1974 CBC Massey Lectures, Nostalgia for the Absolute, called a “surrogate creed.” Steiner was referring to such “substitute theologies” as Freudianism or Marxism, or any “system of belief and argument...whose claims on the believer are profoundly religious in [their] strategy and effect.” Quebec’s “substitute theology” is the secular doctrine of laïcité, which demands that all signs and markers of a religious sensibility must be erased as a means of securing social harmony. The deal, in effect, is to eradicate the Catholic past in order to limit the public presence of Islam—and it is clearly the Muslim community that is the primary target of the legislation. This is now where the battle is joined. And while its genesis and coloration may be provincial, its larger impact will be national.

Canadian expat Adam Gopnik of the New Yorker has written movingly of his native land that “one need hardly enumerate all of the flaws and errors in the Canadian story,” pointing out that “indigenous people alone can tell us much.” But Gopnik goes on to note the “unique” way that Canada’s liberal institutions “install a corrective conscience directly into the heart of our social life,” in the process shaping Canada as a model country to build upon.

Indeed. But that model is going to be sorely tested as Quebec, one important strand of Canada’s political fabric, truncates religious freedom in the name of laïcité. After all, surrogate theologies can be as hegemonic and intolerant as those they replace. Often more so.

what a difference a country makes