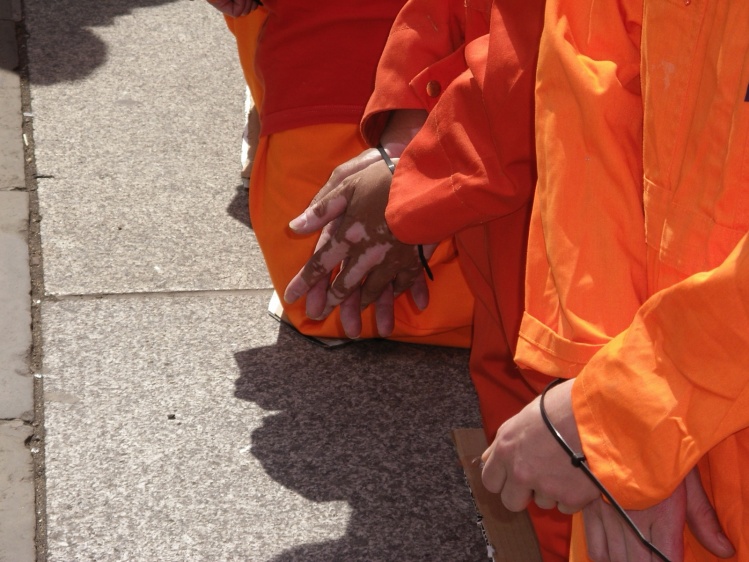 Gina Haspel, the new CIA director, brings experience and professionalism to the job. That is one thing that differentiates her from most of President Trump’s other appointees. She’s no Ben Carson, or Betsy DeVos, or Scott Pruitt. A dutiful CIA agent since 1985, she has served in the deepest parts of the “deep state” the president otherwise likes to vilify, and received the backing of dozens of former intelligence officials. By 2002 she was “a superstar,” according to former clandestine-services chief Jose Rodriguez, who bragged in his 2012 memoir of “stealing her away to head one of our earliest ‘black sites’ where terrorists were interrogated.”

That site was a secret prison in Thailand, where Abu Zubaydah, a suspected Al Qaeda leader, was in fact being tortured. Zubaydah was waterboarded eighty-three times, had his head repeatedly slammed against walls, and lost his left eye. Thinking their methods might kill him, interrogators had readied cremation plans. When he survived, CIA operatives demanded assurances that he would be imprisoned in isolation for the rest of his life. Zubaydah is still a prisoner, but now at the U.S. detention camp in Guantanamo Bay, Cuba. He proved not to be a member of Al Qaeda at all, much less a leader, and he provided no intelligence on future terrorist plots.

To mention the Geneva Conventions—to which the United States is a signatory—and other international treaties that prohibit torture might seem quaint at this point, as might recalling how John Paul II condemned torture as an intrinsic evil in the 1993 encyclical Veritatis splendor.
sharetweet

Haspel arrived in Thailand shortly after the torture of Zubaydah, but in time to oversee the torture of another detainee, Abd al-Rahim al-Nashiri. In 2005, she was rewarded with a promotion. She also knew of Rodriguez’s order to destroy dozens of videotapes documenting the waterboarding of Zubaydah after sentiment turned against the Bush administration’s policy of “enhanced interrogation.” Despite the destruction of this evidence, in 2014 the Senate Intelligence Committee was able to document the agency’s post-9/11 detention and interrogation tactics. To this nation’s everlasting shame, the CIA had indeed tortured numerous people in its custody.

At her Senate confirmation hearings in May, Haspel was asked about the CIA’s conduct in this period and her part in it. She maintained that the actions of the agency were legal according to the laws of the time—a dubious claim. Nevertheless, she promised not to restart what she called the “interrogation program” under any circumstances. “I would not allow the CIA to take activity I thought was immoral, even if it was technically legal,” she promised. Of course, the methods used against Zubaydah, al-Nashiri, and more than one hundred other detainees were technically legal, thanks to an expansive redefinition of “interrogation” crafted by Bush Justice Department lawyers. But did Haspel think they were immoral? That’s all that Democratic Senator Kamala Harris of California wanted to know, yet here Haspel’s experience and professionalism were of no help. After some obfuscation about the CIA’s “extraordinary work to prevent another attack on this country,” the best answer she could muster was a wan pledge “to hold ourselves to the moral standard outlined in the Army field manual.”

Haspel’s refusal to accept responsibility for her role in the Bush administration’s use of torture is deeply troubling, especially for someone who will now head a government agency in need of stringent congressional oversight. Of course, for her to admit that “enhanced interrogation” was really torture would have amounted to self-incrimination. It would have put her at odds with the original architects of the disastrous “war on terror”—like former Vice President Dick Cheney, who appeared on Fox News and elsewhere to agitate for Haspel’s confirmation while repeating debunked claims that such methods helped prevent further attacks. And it would have made things difficult with the president, who has often expressed his wish “to bring back waterboarding and a whole hell of a lot worse.”

In the end, fifty-four senators voted to confirm Haspel, including several red-state Democrats facing re-election this fall. Their choice represents the logical continuation of compromises made in the panicky aftermath of 9/11 and effectively condoned by the Obama administration in its decision not to hold anyone legally accountable. To mention the Geneva Conventions—to which the United States is a signatory—and other international treaties that prohibit torture might seem quaint at this point, as might recalling how John Paul II condemned torture as an intrinsic evil in the 1993 encyclical Veritatis splendor. Torture violates the dignity of those subjected to it and saps the humanity of those who use it. To judge from the level of public indifference to Haspel’s questionable record, it has also damaged the moral integrity of those whose safety it supposedly safeguarded.