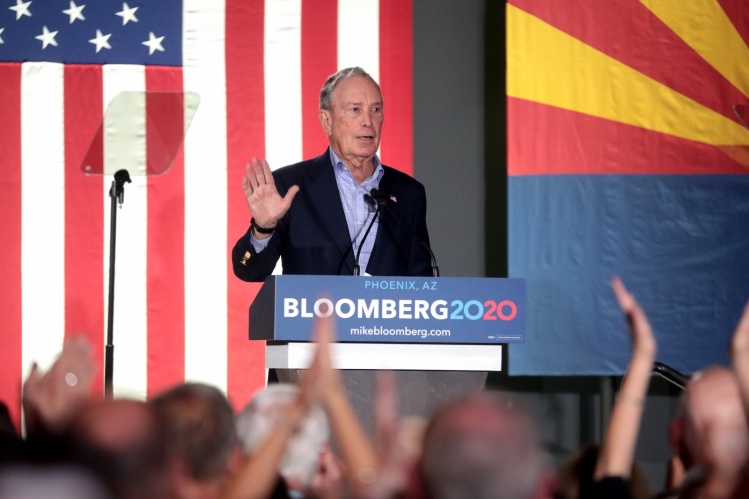 If you read only the New York Times and Washington Post, or watch cable news, you might not know that Bernie Sanders is the frontrunner for the Democratic presidential nomination. The well-heeled pundits, prominent columnists, and grifter consultants tapped to be talking heads mostly find Bernie distasteful and remain bewildered by his continued appeal. Thus, the hours of brain-poisoning television commentary that swings between trying to pretend he doesn’t exist and trying to gin up hysteria—as when MSNBC’s Chris Matthews recently suggested that Bernie might approve of public executions in Central Park. Anything to minimize the fact that Sanders received the most votes in Iowa and New Hampshire. But Bernie backers too often have gotten sidetracked by their grievances against a Democratic establishment undoubtedly hostile to their candidate, perpetuating the notion that he’s underperformed: if not for the dirty tricks and bad press, they too often suggest, his victories would have been even more impressive.

The deeper story of these early contests has been that the Bernie campaign, whose base tends to be younger voters and people of color, has ground out wins in states whose populations are older and more than 90 percent white. In the wake of those victories his campaign has surged. He’s now earning just over 30 percent support in both NBC/Marist and ABC/Washington polls of registered Democratic voters nationwide, with no one else coming within 10 percent of his lead.

The other candidates clustered near the top of the Iowa results (Pete Buttigieg, Elizabeth Warren) and those from New Hampshire (Buttigieg, Amy Klobuchar) don’t have nearly as much money as the Sanders campaign. His war chest has come from millions of small-dollar donations, and allowed him to build a truly national campaign. It’s not clear where a race-altering victory will come next for Buttigieg, Warren, or Klobuchar, not least because of their paltry support from black and Hispanic voters. If Biden manages to eke out a win in South Carolina, it will be against the backdrop of his campaign’s precipitous decline.

Bloomberg’s riches also let him literally buy support, with endorsements and praise often coming from those who have benefited, directly or indirectly, from his largesse
sharetweet

Much of the political press has responded to this reality by inventing a ludicrous talking point: if you add up all the non-Bernie, non-Warren “moderate” votes, they constitute a majority, which means that Bernie is merely winning the support of a motivated but otherwise marginal faction. The problem with this argument should be obvious. It’s absurd to think that literally every Biden or Buttigieg or Klobuchar voter has another moderate as his or her second choice. In fact, we know this is not true based on polls asking this very question, and Bernie’s favorability ratings among Democrats are the highest of any candidate.

Perhaps this is why more than a few in the political establishment now seem willing to throw themselves into the waiting arms of Michael Bloomberg, the former New York City mayor and the ninth richest man in the United States. So far Bloomberg has spent a jaw-dropping $400 million on ads, over ten times more than Bernie. His wealth has allowed him to build a massive, lavishly appointed campaign organization, providing staff with generous salaries, three meals a day, and new iPhone 11s—while drawing potential voters to his campaign events with catered food and free booze. His riches also let him literally buy support, with endorsements and praise often coming from those who have benefited, directly or indirectly, from his largesse over the years. After sitting out the early states, he’s banking on a strong performance on Super Tuesday, when over a third of assigned delegates are won or lost.

Though much could change, this all means Democratic voters could end up being faced with a clear choice: either back a multi-racial coalition powered by workers and grassroots donations or accept that unfathomable wealth entitles you to rule. Let’s hope they don’t decide to replace one racist, sexist oligarch with another.

Freedom for Me but not for Thee