How Can Voters Be Won Over?
By E. J. Dionne Jr.
Election 2016
Columnists
Web Exclusive 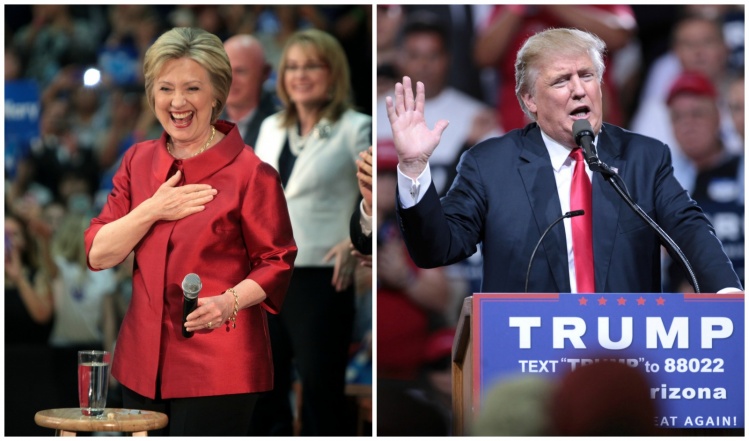 The year's political cliche is that Americans will be choosing this fall between two of the most unpopular presidential candidates in our republic's history. Hillary Clinton is in the midst of a concerted effort to change that story line. And the not-so-distant past suggests that she has a fighting chance of succeeding.

The assumption behind the debatable cliche is that while a disliked candidate can win by arguing that her opponent is even worse, politicians' unfavorable ratings are something of a constant. As it happens, voters are willing to revisit their opinions and often start liking someone they once dismissed.

Lesson No. 1 comes from Clinton's husband in 1992. Hammered by a series of highly negative reports about his personal life and draft record, candidate Bill Clinton's favorable rating in the New York Times/CBS poll stood at a mere 16 percent in June.

But Bill Clinton had a great Democratic convention, the independent Ross Perot dropped out of the race (he later re-entered), and Clinton began climbing. Just before the election, his favorable rating reached 42 percent, not spectacular but sufficient for victory.

Real Clear Politics' current average of Hillary Clinton's favorability is a comparatively healthy 39.7 percent. There is an important caveat: Bill Clinton was not a familiar figure when he announced his candidacy, and it took a while for many voters to form an opinion about him, positive or negative. And despite George H. W. Bush's durability in public life, a large share of the electorate took its time in solidifying its views about him as well.

There is also no doubt that Hillary Clinton has suffered some damage from FBI Director James Comey's sharp criticisms of her use of a private email server. If a candidate's standing can change for the better, it can also change for the worse.

Still, there is reason to believe that Clinton, like Bush and her husband, has an opportunity to win over new sympathizers, especially since voters have revised their judgments in her favor before. Her favorable ratings in the Gallup poll reached as high as 67 percent in late December 1998, and 66 percent in May 2012.

In principle, of course, Trump can also improve his ratings, and may well do so at next week's Republican convention. But Clinton almost certainly has more room to grow than Trump does, given her past high marks and the fact that even at her lowest points this year, Clinton's favorability still has outpaced Trump's in most surveys.

Clinton's robust attacks on Trump have received wide attention. Less noticed are her campaign's efforts to restore her image. Its recent multimillion-dollar advertising blitz in swing states has involved soft-focused messages touting her commitment to children's needs and her bipartisan work for the children's health care program passed during her husband's presidency.

Bernie Sanders' endorsement on Tuesday will give her a boost with his large following, and she used every medium available to welcome Sanders enthusiasts to her fold.

She also granted a lengthy interview to Vox's Ezra Klein in which she spoke movingly about poverty and directly addressed her image problems by pressing a case she has often made about being more skilled at governing than campaigning. "It's always amusing to me," she said, "that when I have a job, I have really high approval ratings."

If increasing her popularity is within Clinton's reach, it is also a necessity. Particularly in the Midwestern states where Trump will run hard, she cannot afford to lose too many anti-Trump votes to the Libertarian and Green Party candidates. This is a real danger to her if the narrative about two flawed major-party candidates maintains its hold.

George H.W. Bush, who sought to succeed a popular and historically significant president of his own party, remains Clinton's best role model. Like her, the elder Bush struggled against a hostile conventional wisdom. In October 1987, Newsweek, reflecting the political talk of the time, ran a cover story on Bush under the headline: "Fighting the 'Wimp Factor.'" A little over a year later, Bush was vindicated by the voters. Clinton is battling for history to cast a similar smile her way.