On the Pope's Gesture

By The Editors
From the Archives
Editorial
Pope John Paul II 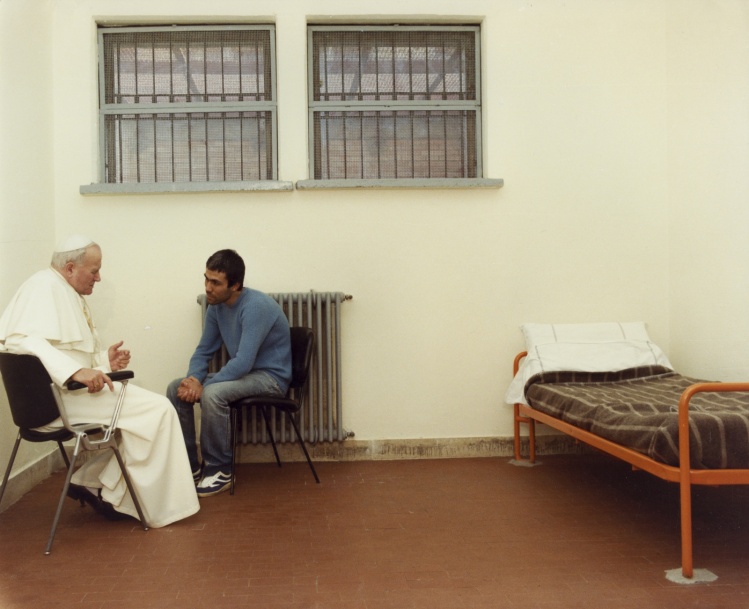 [This editorial was first published in the February 10, 1984 issue of Commonweal]

Nineteen Eighty-Four, the novel, ends with a flash of images in the mind of the gin-drenched hero: from the white-filed corridor of the Ministry of Love to the enormous face of Big Brother. Nineteen eighty-four, the year, began with quite a different image, not of a white-tiled prison corridor but of a white-walled prison cell; not of Big Brother's triumphant gaze but of the Holy Father's bowed head.

The pope's visit to the cell of Mehmet Ali Ağca caught the world's imagination --- like so much of what the pope does. From many different quarters came the acknowledgment that a lesson had been taught. Yet great lessons -- the parables of Jesus or the dialogues of Socrates -- are not like catechism questions; they do not simply trigger single, prepackaged responses. The pope's gesture provoked Time magazine, for instance, into running a rather unusual cover story on forgiveness, but one that wandered into uncomfortable questions about personal reconciliation and social justice. Time may have also made some readers uncomfortable by reminding them that if you could have pulled back far enough on that picture of pope and assassin hunched together, you would have brought into view a still photographer snapping away and a television crew, all brought along from the Vatican. The pope does not leave his media coverage to chance.

Well, okay, if John Paul II were not a master of the media, then no one, not Time nor Commonweal either, would have been provoked into writing, or reflecting. Unfortunately, the reflecting, once started, does not stay put. "I think it was an admirable gesture," a Catholic woman at a post-holiday gathering declared, "but would the pope have visited Hans Küng? Or held out his hand to Agnes Mansour?" Is magnanimity easy, in other words, when the offender is convicted before the world, locked in prison, and no longer any threat to one's person or position? How much harder forgiveness is when one is not so thoroughly in control?

But isn't this only the tired carping of a kind of postconciliar Catholic, reflexively looking for the ungenerous interpretation of whatever the papacy and Vatican do? We think not. It is true that the speaker, as woman and wife, had a number of grievances against John Paul II, but she knew that her point cut more than one way: "Am I willing to be reconciled with him, even though he keeps encouraging policies that I believe injure me and my daughters?"

By reconciliation she did not have in mind an abandonment of convictions that were crucial to her, an intellectual I'm OK/You're OK that would trivialize in sentiment or good cheer differences worth struggling over. But she did know -- as all of us do -- how easily those honest differences build up their coating of toxic anger, ready stereotyping, suspicious questioning of motives. For the pope to visit Hans Küng, or vice versa, would not be to deny the conflicts of principle they may have but to repudiate the animosities that surround those differences and to pledge that the confrontation of beliefs will not lead to the dehumanization of opponents.