The Pope Isn't a Party Boss 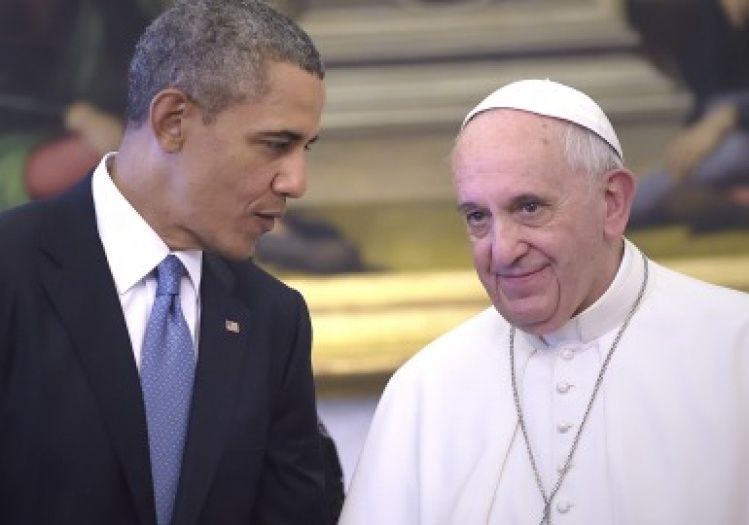 President Obama’s first salary as a community organizer was paid by a Catholic group and his earliest social justice work was rooted in Catholic social doctrine. He identified with Cardinal Joseph Bernardin, then Chicago’s archbishop, whose consistent ethic of life encompassed a dedication to the poor, a concern over the human costs of war, and opposition to the death penalty.

You could imagine that at his meeting with Pope Francis on Thursday, the president was tempted to ask: Why can’t these American bishops get along with me? Or, perhaps more humbly: Holy Father, what can I do to make these guys happy?

It is a sign of how politicized the American Catholic Church has become that its different factions were lobbying hard over the message the bishop of Rome should send after meeting with the president of the United States.

Catholic conservatives hoped that Francis would again condemn abortion by way of upbraiding the pro-choice Obama. They were also seeking strong language supporting the campaign spearheaded by the more conservative bishops against the contraception mandate in the health care law.

Catholic progressives were looking for Francis to push the president to move more forcefully against poverty and inequality, around the world and not just at home. They hoped for some of the pope’s searing criticisms of global capitalism by way of reminding Obama that the Catholic Church is well to his left on economic matters.

But this meeting underscored something else: While Francis has decidedly moved the church back toward the social justice Catholicism that Obama connected with as a young man, Francis’ worldview is plainly not American. Efforts to shoehorn him into our debates will always have a distorting effect. And the Vatican -- which itself is divided into factions -- has other things to think about besides the contention within the American church.

From everything he has said, Francis is, in our terms, a social conservative. Yet the issues about which he feels a genuine sense of urgency involve the hundreds of millions around the globe who suffer from extreme deprivation and oppression. From this standpoint, the political and theological skirmishes that consume so much energy among believers in wealthy countries might seem a form of self-indulgence.

Francis didn’t leave conservative U.S. bishops out in the cold in their contraception battle, as the Vatican statement after the meeting made clear. But it’s difficult to see the pope joining them at the ramparts. The veteran Vatican correspondent John Allen has documented attacks on religious liberty from state-sponsored persecution, including the outright murder of Christians. In light of this, the American uproar over a requirement that contraception be subsidized in health insurance policies seems disproportionate. That’s especially true since the government-led health systems in many predominantly Catholic countries routinely cover contraception.

As for foreign policy, the Vatican has an approach of its own. It has often found itself allied with Obama -- for example, on his quest for Middle East peace -- but has also opposed him, as when he threatened military retaliation for Syria’s use of chemical weapons. Conservatives have ignored or downplayed the Vatican’s relative dovishness, except when it provided them with another club to use against Obama.

But this highlights the larger truth that Francis defies many currents of American thinking. Francis is anti-consumerist and anti-materialist. That is quite at odds with an American ethos that turns the mall into a religious shrine and shopping into a sacrament. The pope preaches a code of sacrifice that is not widely celebrated in our society outside the realm of military combat. He extols the simple life, a value popular in sections of the environmental movement, but not a big seller in a country obsessed with stuff and gadgets.

It would be good if Francis encouraged the parts of the American Catholic leadership most alienated from the president to stop treating this former church employee as an enemy. But the pope’s main job is to pose a radical challenge to our complacency and social indifference. In doing so, he should stir an uneasiness that compels all of us -- and that includes Obama -- to examine our consciences.