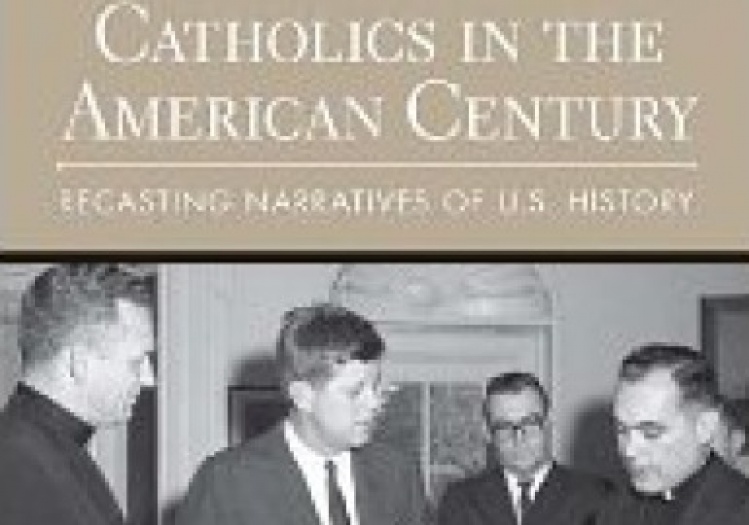 Historical narratives are important. They give meaning to both personal and public experience. Like everyone else, Catholics use such stories to make sense of their religious experience. For example, when some bishops questioned the University of Notre Dame’s Catholic integrity because it invited President Barack Obama to give the 2009 commencement address, a particular narrative about how Catholics have become too assimilated by secular American society was invoked. Notre Dame risked losing its Catholic soul, critics argued, in its quest for secular academic success.

That story of alleged moral decline and cultural surrender gives a new meaning not just to the present but to the past. Few Notre Dame graduates, or other middle-class descendants of earlier European Catholic immigrants, noticed that the attack on the university’s “secular” academic achievements and cultural prominence called into question their own fidelity to Catholicism. I would argue, however that Notre Dame Catholics like me lived by a different story about our personal and family history. That story is about family aspirations, dreams of economic, social, and educational advancement and access to the centers of American society and culture. Ours were experiences of freedom, even liberation, not a false accommodation to a pernicious larger culture. The economic and social freedom won by our families, thanks to the opportunities available in our country, has brought with it new personal, social, and religious responsibilities. Some of us, certainly many Notre Dame graduates, are now insiders. America is really ours. We can no longer blame others for its problems, and we now have a full share of responsibility for its common life. There is, I would argue, no going back. American Catholics are now, always have been, Americans, and once again we are challenged to make religious sense of that side of ourselves, and of our church. How we tell our story matters; it will determine how the story turns out.

The Cushwa Center for American Catholic Studies at Notre Dame has for thirty-five years helped American Catholics examine, correct, and rewrite their historical narratives. Its founder, Jay P. Dolan, reshaped the study of American Catholic history by attending to the grassroots experience of immigrant Catholics and their descendants. Cushwa conferences, seminars, publications, and research grants have supported an explosion of scholarship. A decade ago Cushwa leaders Scott R. Appleby, Timothy Matovina, and Kathleen Sprows Cummings, the current director, along with historian John McGreevy, launched a project to encourage further research on the lives of American Catholics in the twentieth century. One of the goals of the project was to correct the lack of attention given Catholics in the work of many American historians. What would happen if historians paid attention to Catholics, with their distinctive ideas, imaginations, and practices? After all, there are and always have been a lot of us.

The twentieth-century project has produced first-class scholarship, including studies of Catholics and contraception, local histories of Catholics in St. Paul and Providence and on the New York area docks, an essay collection dealing with Catholic devotions, and another dealing with Mexican-American Catholicism. Now Catholics in the American Century brings together essays exploring how Catholic experience and perspectives enrich our understanding of the broader American experience. Robert Orsi, past president of the American Academy of Religion, has done more than anyone else to bring Catholics to the attention of American Studies scholars. His creative and immensely influential work on Italian immigrants in New York City and on the devotion of Catholic women to St. Jude, has given voice to people long neglected if not dismissed by historians. Here he suggests how the Catholic emphasis on the meaning of suffering, from missionary martyrs to the agonies of migration, poverty, and exclusion, stood in sharp contrast to the assumptions guiding American “modernity.” Orsi reminds us that Catholics had their own angle on things American, and were always important participants in making, if not writing, the nation’s common history.

Lizabeth Cohen, another influential social historian, points to developments in American historiography that emphasize local, even ethnographic studies while placing seemingly unique American experiences in an international context. She supports her argument with a case study on urban policy in 1950s Boston. The Catholic archdiocese, Boston College, and some key Catholic individuals were central players in the city’s revitalization. Cohen explains how their power, connections, and ideas made a difference.

THE OTHER ESSAYS are equally rich and suggestive. Thomas Sugrue demonstrates how close attention to Catholics has brought about revisions in our understanding of the tumultuous 1960s. Sugrue explores the move of urban Catholics to the suburbs, as well as their crucial role before and during the 1960s in the development of modern political and economic conservatism. Sugrue thinks much work remains to be done examining the fully assimilated world most Catholics now inhabit. R. Marie Griffith shows how recent work on Catholic women, and especially women religious, broadens our understanding of gender and sexuality. David Gutierrez considers how Mexican-American history can enrich cultural studies. Despite being a self-professed secular historian, he insists that religious beliefs and practices must be understood if we are to fully appreciate Chicano experience. Wilfred McClay offers scholarly support for the argument of the late Richard John Neuhaus and others that there is now a “Catholic moment.” Catholic ideas, especially Catholic social teaching and Catholic insights about natural law, can contribute to the renewal of American political and social thought. Here as elsewhere the inclusion of Catholics in historical narratives helps preserve or recover those practices and ideas that distinguish Catholics from other Americans.

Historians John McGreevy and Scott Appleby, whose research and reflections are central to the revival of Catholic Studies, bookend these essays with commentary on more contemporary concerns. McGreevy describes the American Catholic community as “the world’s most multilingual and multicultural Catholicism” which grew “happily in the United States but not quite of it.” At the end of the “the American century,” however, McGreevy worries that the Catholic community, in “an uncertain environment” and with “a fragile institutional structure,” has about it an “atmosphere” of “fractious Catholic decline.” For the moment “discussion of a coherent Catholic complement to mainstream U.S society” seems “less plausible” than in the past. But, he concludes,“the engagement between the world’s most powerful nation and the world’s most important global institution” remains unfinished.

Scott Appleby shares Orsi’s view that Catholics have always been part of the American “mix, and have always been different.” For Orsi “carefully exploring the difference is key to understanding U. S. Catholic history.” Toward that end, Appleby argues that for U. S. history to fully incorporate “Catholic presences” scholars must “come to comprehend something of the inner world of Catholic Americans—the alternative cosmology of the Catholic imaginary.” Catholics must remember who and what they have been: “we eagerly await the new American histories to be written in the wake of this remembering.”

Catholics looking for a “usable history,” one that will help us make our way in the future, will find in this book a lot of support for the “secularization” narrative beloved by conservative churchmen everywhere. For much of the last century, American Catholics told that secularization story about the declining churches of Western Europe while celebrating our American Catholic exception. No longer! As Orsi puts it: “By the 1960s and 1970s Catholics in the United States seemed to have become indistinguishable from their fellow Americans.” Now even detached scholars as well as churchmen seem to lament the erosion of the ever-so-interesting Catholic subculture and decry the “Americanization” of the immigrant church.

So conservative Catholics are not the only ones who think that if something like the old Catholic subculture is not recreated, and quickly, Catholics will be lost—they will become, well, Americans. Some Catholics might think that is not so bad. They might recall Andrew Greeley’s expectation, or, further back, Isaac Hecker’s, that the American experience of Catholics might be a providential Catholic opportunity. After reading these essays, they might open a different conversation about what, after all, is the life we Catholics have lived, and are living, and what is the story we can tell?

David J. O'Brien, author of Isaac Hecker: An American Catholic, is Loyola Professor of Catholic Studies Emeritus, College of the Holy Cross, and Distinguished Professor at Large, University of Dayton.