Who Can Be the Meanest in the GOP?
By E. J. Dionne Jr.
Election 2016
Domestic Affairs
Columnists
Middle East
Muslim-Christian Relations
War and Peace 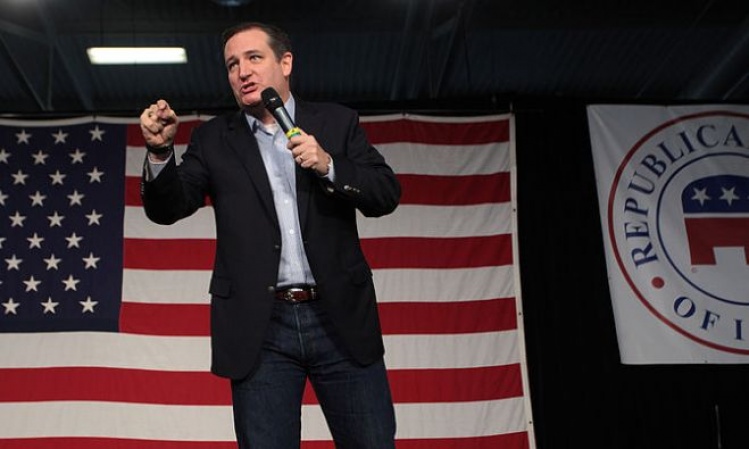 It was billed as a foreign policy debate, but Tuesday’s encounter among Republican presidential candidates was in large part an acting competition over who could convey the impression of being the baddest, meanest foe of the terrorists—and of Hillary Clinton and President Obama.

Before his re-election as governor of very blue New Jersey (and when he was seeking mountains of federal money after Sandy), Chris Christie embraced the man in the White House. Now, he calls his old buddy a “feckless weakling.” Ted Cruz defended “carpet bombing” while Donald Trump explained that being “much tougher” on terrorists meant going after their families and “girlfriends.”

“That will make people think,” Trump explained, “because they may not care much about their lives, but they do care, believe it or not, about their families’ lives.” It fell to Jeb Bush, who called Trump out again and again, to pronounce this particular stratagem “just crazy.”

As my Washington Post colleague Janell Ross pointed out, every tool of foreign policy other than force—aid, economics, diplomacy, democracy promotion—got short shrift on Tuesday. There was nothing on climate change except for a couple of dismissive asides by Trump and John Kasich. By my count, the word “trade” came up six times, but three were references to the World Trade Center. Asia, Africa, and Latin America received little attention. But variations on the word “war” were used fifty-four times.

Perhaps I am influenced by the Christmas season, but there was something genuinely appalling that candidates who so often claim to be devout Christians allocated the bulk of their time to warfare, to throwing people out of our country or to walling them off. There was almost nothing about our obligations to millions around the world who are suffering, from the very wars the candidates were so focused on and from a depth of poverty that is hard for us in rich countries to fathom.

So kudos to Carla Hernandez from Austin, Texas, and to CNN for including her. Hernandez raised this matter pointedly in a video, asking: “If the Bible clearly states that we need to embrace those in need and not fear, how can we justify not accepting refugees?” The responses from Christie and even the normally compassionate Kasich were, shall we say, less than full-hearted.

I am not naive and I am not a pacifist. But I’d ask a small favor from these candidates: Please stop saying how Christian you are unless you show at least a few signs of understanding the social obligations the word imposes.

Bush, at least, called out some of the meanness where Trump is concerned. The smart punditry saw his performance as coming too late to salvage his candidacy, and this may well be true. But it was a real relief to hear Bush mock Trump for proposals that would “push the Muslim world, the Arab world, away from us at a time when we need to re-engage with them to be able to create a strategy to destroy ISIS.” Bush left a lasting scar when he called Trump “a chaos candidate” who bids to be “a chaos president.”

So what was serious in Vegas? The debate’s most important revelation was the depth of the GOP foreign policy divide. On the one side are a majority of the candidates—represented most forcefully by Marco Rubio and, in the undercard debate, Lindsey Graham—who propose a reprise of President George W. Bush’s interventionist policies. On the other were those skeptical of “getting stuck in Middle Eastern civil wars,” as Cruz put it, or “toppling secular dictators in the Middle East,” as Rand Paul said. Trump more or less stood with them, noting his opposition to the Iraq War. This may lead to the one authentically useful conversation the GOP contest sets in motion.

But who will be left standing to engage in that colloquy? Trump and Cruz restored their non-aggression pact, reflecting their status as the two strongest candidates going into the new year.

The attacks from many sides on Rubio suggested his competitors see him as a major long-term threat. But even a partial resurgence of Bush and a strong Christie showing in New Hampshire—Christie helped himself by deriding his senatorial opponents for being way too senatorial—could block Rubio’s emergence.

Overall, Republicans are betting that our country is in a war-like mood. I’m skeptical. But even if they’re right, they will have to do better than playing tough guys on TV.

Ignore Grover (and Learn from Him)