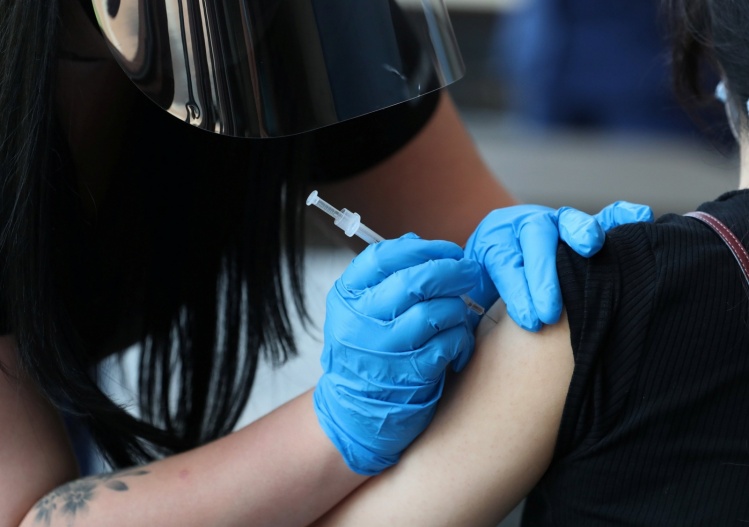 How is Obamacare like eating broccoli? Or how is a virtuoso violinist like an unplanned pregnancy? If you’ve taken a philosophy class or studied Supreme Court cases, you’ve heard famous analogies like these. There’s an august history of moral reasoning by metaphor and analogy. We do this when presented with a new moral question or when trying to reframe an old one.

During the battle against COVID-19, we’ve compared the pandemic to natural disasters like wildfires and societal disasters like war. (We can slip the metaphor “battle” in there without even thinking about it, as I just did.) We’ve also compared it to past pandemics and other, more familiar infectious diseases, with surprisingly little effect on Covid skeptics.

In the ongoing push to persuade the vaccine-hesitant, both sides have tried out analogies for vaccines. Some of those opposed to vaccination campaigns have grotesquely compared vaccine certifications to anti-Semitic gold-star badges or other fascist methods of social control. Meanwhile, proponents of vaccination have compared vaccines to mandatory seat belts in cars—not the worst analogy, perhaps, but not the best either.

Andy Slavitt, the former White House Senior Advisor for Covid response, recently described the vaccine as an “umbrella” during a rainstorm: yes, the vaccinated will get a little bit wet, but they’ll stay mostly dry. Developing his metaphor, Slavitt says the Delta variant is like a more powerful storm, with “the slanty kind” of rain—you’d still rather have an umbrella, right? The storm analogy helps to dramatize the all-encompassing and dynamic nature of the pandemic, but the umbrella analogy captures only the self-protective aspect of vaccination. My umbrella doesn’t help everyone in my community stay dry, just as my seat belt doesn’t make a dangerous intersection safer. To overcome vaccination hesitancy, public-health officials need better analogies—ones that help us see vaccination as a kind of collective action.

In my own attempts to persuade vaccine skeptics, I’ve found that one of the main obstacles is the basic idea of limiting one’s freedoms for the common good. I often discuss this category of moral reasoning with students in my courses on religion and politics. I’ve also encountered deep distrust of government mandates. But people tend to have more trust in government the closer it is to home: village, town, county. As an elected official to municipal office, I’ve often been amazed to learn how many little regulations we have for public health and safety.

This summer, while trying to come up with more persuasive imagery for epidemiology and vaccination, I’ve played around with the analogy to public swimming pools. We have all kinds of rules at public pools—appropriate dress, walking instead of running, and not entering the pool with open wounds. Also, you can’t poop in it. We accept these rules without hesitation. We understand without difficulty that if someone’s body is emitting something potentially harmful to you, you don’t want to swim around in it.

Every analogy allows us to see something more clearly, but also obscures something else.
sharetweet

Every analogy allows us to see something more clearly, but also obscures something else. The pool analogy obscures the fact that Covid can spread from asymptomatic and pre-symptomatic carriers of the virus. It also obscures the self-protective function of vaccination: people who break the pool rules are not exposing themselves to mortal dangers.

A better analogy would have the following characteristics: something that already exists, is honored by custom or imposed by the government, and protects both my health and that of others in potentially deadly circumstances. Yes, I know we have other vaccines that fit the bill. But many of the people we need to convince are skeptical about other vaccines, too. So what other analogy might do the job?

Let’s consider something else that local and state governments regulate: traffic. In a natural environment or premodern society, traffic laws are unnecessary. But when we have population density and high-speed mobility, such laws are ubiquitous. They offer essential protection against serious injury and death. For good reason, New York Mayor Bill de Blasio’s signature public-health initiative has been the Vision Zero campaign to limit traffic deaths.

At a busy intersection, if most people ignore the traffic lights, chaos and injury ensue. If 99 percent of people obey them, things go very well. And in reality, the number is closer to 100 percent, because every adult has either had a scary car accident or knows someone who has. And haven’t we all by now had a close encounter with Covid?

Traffic lights are a widespread limitation on individual freedom for the common good. “Ordered liberty,” as conservatives used to say. If someone runs a red light, they risk not only their own life but also the lives of everyone around them. A person may think the coast is clear or the light is unnecessary, but they can’t see everything at the intersection. That’s why the light was put there.

Like vaccines, traffic lights come from a partnership of private industry and government. There are tons of boring studies commissioned prior to a new light signal. Some town, county, or state transportation committee spent at least a year on it before you were required to obey it. There is even a kind of clinical trial of the light once it is in place; if it doesn’t have the intended effect—or has unintended effects that are worse than the original problem—it is removed.

It turns out that even our most libertarian citizens have basic trust in these government-managed traffic lights. Sure, they can be a minor nuisance. But they nearly always work to prevent harm and increase freedom. Do they limit our freedom each time we see a red light? Yes. But do they increase our overall freedom? Yes. They increase our freedom not to be hospitalized or killed by a collision, our freedom to cross the street with a toddler, our freedom to travel without fear. They both reflect and create the public trust from which greater freedom grows.

They’re not flawless. When we sense danger, we’re more cautious; we look both ways before crossing. We still know that “breakthrough” accidents happen. We wear seat belts and buy cars with airbags, just in case. But on the whole we trust traffic signals to manage our collective-action problem, and we do not want to live in a dense and mobile society without them.

The same is true of vaccines: they aren’t perfect, but they do increase freedom overall by preventing death and serious disease. But they only do this if everyone, or nearly everyone, gets vaccinated. Imagine a city where more than a third of the population feel free to run red lights; that is where we are now with the pandemic.