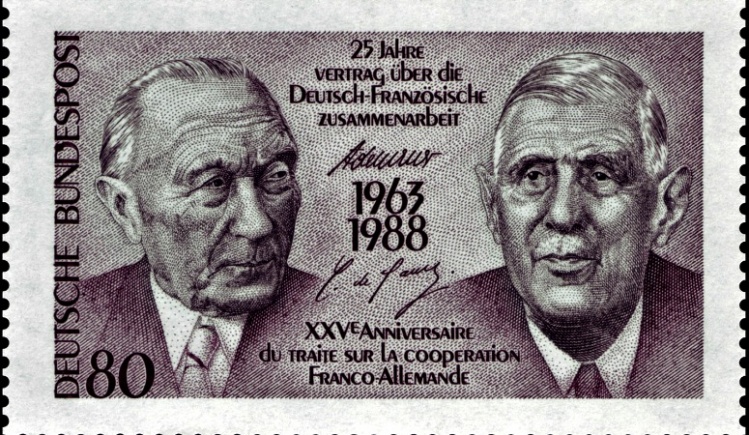 With news headlines continuing to reveal a Europe struggling in its less-than-perfect union, Konrad Jarausch’s ambitious and sprawling new book, Out of Ashes: A New History of Europe in the Twentieth Century, seems like a text for our times. A professor of history at the University of North Carolina, Chapel Hill, Jarausch examines Europe’s recent past, pursuing a fundamental question—namely, what is modernization?—that connects the continent’s violently ideological “dark times” to its postwar renewal and ambiguous future.

Jarausch contends that the term “modern” can’t be reduced to a single meaning, but remains open to constant re-interpretation; depending on the context, modernization might be viewed as creative or destructive—witness, for instance, the massive carnage and the dazzling material achievements that both marked the twentieth century. For Jarausch, modernization is best defined as a process. Broadly, it describes the rapid proliferation of new technologies, as well as the formation of the institutions that came to define the contemporary West—nation-states, democratic political systems, and capitalism. A certain cultural flux accompanies these developments. The artistic movement known as modernism, for example, displayed a cultish obsession with the new. Jarausch’s skepticism toward broad verdicts about what constitutes modernity reflects his awareness of how incessant change marks our times.

This complex understanding of what it means to be modern receives it most strenuous challenge from the Holocaust. The Nazis’ campaign of mechanized, systematic killing on an unprecedented scale embodied the sheer destructive power of modern warfare. The assembly line provided the inspiration and the methodology for industrial-scale extermination. Nazi theories on race were based on a perverse theory of evolution, with social Darwinism providing the rationale for Germanization, the ethnic cleansing that weeded out “inferior” races and political opponents. Germanization, in turn, constituted the intellectual basis for a massive, violent, and ultimately self-destructive bureaucracy.

Did Nazism constitute a throwback to primitive barbarism, or did it in fact reveal the modern era’s brutal essence? The question is still debated today. The Polish sociologist Zygmunt Bauman, for example, views the Nazis as an unanticipated and unforeseeable development, like the rise of a “malign strain of an allegedly tamed virus.” In this way of thinking, Nazism was an unexpected aberration in a mostly blameless modernity. Jarausch resists such optimistic characterizations. “The brutality of the Holocaust broadly defined,” he writes, “poses a fundamental challenge to the Western narrative that views modernization as a civilizing process.” His language here is precise: to elevate Hitler’s atrocities to the level of an ahistorical spectacle, he argues, is “to place its stylized narrative of good and evil beyond human understanding.” Our inability to fully comprehend the Holocaust’s immense evil does not require us to turn it into an empty abstraction, shorn of human agency.

While the destructive events of the twentieth century elicit conflicting views, Europe’s remarkable recovery from catastrophe arose from consensus. Jarausch shows that this broad political consensus—an agreement to work together for a collective future that would serve all of Europe—came out of necessity. By war’s end in 1945, Europe was unrecognizable. Huge swaths of the continent lay in ruins, as did its institutions, either tainted by politicians’ cooperation with the Nazis or completely destroyed. What lay at the heart of Europe’s resurrection, Jarausch posits, was an “elemental drive to go on living that inspired the effort to reconstruct a more benign modernity.” Postwar Europe concocted its own blend of modernization, combining tradition and modernity. The embrace of democratic institutions, vindicated by their resilience against both Nazism and fascism, made the fate of healthy democracies a priority. Not all was born anew, however. Some monarchs returned to their thrones from wartime exile. Even the brick-and-mortar aspect of reconstruction, in such places as Warsaw’s Old Town—and in many German cities—looked back to prewar traditions.

Seven decades later, it’s easy to lament the rampant destruction caused by Europe’s totalitarian excursion and to promise “never again.” But the fluidity and dynamism of modernization makes such political security difficult. Such dynamism can be a source of great progress—social, political, philosophical, and scientific—but it can also dredge up insecurity and conflict. Jarausch recommends what he calls “a chastened modernity,” by which he means one that would capture the progressive aspects of modernization while couching it in a framework that ensures broad benefits for all. Europe must harness markets to prevent speculation from running rampant. Democratic institutions must ensure adequate human-rights protections to all citizens in equal measure. National interests shouldn’t be allowed to halt international cooperation—or even intra-EU cooperation, for that matter.

Because the geopolitical climate is uncertain and changing, a chastened modernity can’t erase points of contention entirely. The European model faces a number of stumbling blocks, from transatlantic tensions to postcolonial criticism of Western hegemony. Still, the most decisive challenge comes from within. Fifteen years into the twenty-first century, it remains possible that conflicting viewpoints about Europe’s future will tear the continent at its seams. Such conflicts include disagreements over how far the EU’s economic union will expand, whether existing member states will deepen their political unity, and how much the nations with stronger economies are willing to sacrifice for the weaker. On a bureaucratic level, Europe is more united than it has ever been, but it has yet to overcome ethnic and political division to grasp the dream of a “United States of Europe.” Some new challenges look like old ones turned inside out. In the twentieth century, as Jarausch asserts, the “economic success of the Common Market actually helped rescue the nation-state in postwar Europe”; today the nation-state threatens to tear the common market apart.

The 2009–10 economic crisis is not the only time in recent years that divergent views on European policy have stressed the union—the 2003 U.S.-led invasion of Iraq was bitterly polarizing—but the crisis has revealed what is perhaps the most dangerous of the EU’s fault lines. In the past five years, Europe’s experiment in adopting a common currency while lacking a unified fiscal system has veered from neoliberal dream toward nightmare. Fifteen years after the currency’s debut, not only its worth, but its very existence was threatened by a debt crisis that remains partially unresolved to this day. The crisis’s effect on the economy—particularly on the unemployment rate—continues to undermine the delicate political balance that binds the union together, with rising extremism, nationalism, and dissatisfaction with the European project reverberating across the continent.

Although Jarausch contends that Europe has abandoned its “naïve enthusiasm for progress” for “a more humane sense of the modern,” recent economic turmoil may leave some, particularly in the continent’s southern half, thinking otherwise. The sense of progress offered by a united and democratic Europe has not proved liberating for all. Once again, European modernization has shown itself to be multifaceted, complex, and often muddled. Today the continent that eighty years ago went “dark” shows an affinity for shades of gray.

Hannah Gais is a writer based in New York City.