The pandemic relief deal is welcome but comes up short.
By The Editors
Economy
Coronavirus
Domestic Affairs 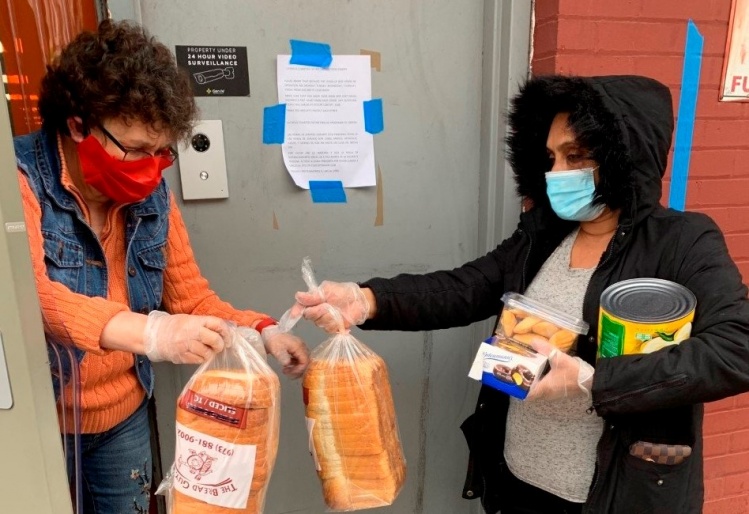 The best that can be said of the pandemic relief bill hammered out before Christmas is that it’s better than nothing. Indeed, “nothing” seemed like a real possibility until not long ago. But with pressure mounting on the Republican candidates in Georgia’s Senate runoffs and last spring’s CARES Act about to expire, Mitch McConnell and the GOP decided it might be a bad idea to leave Washington before delivering assistance to the millions of Americans who are in economic distress because of the pandemic. The $900 billion compromise package came none too soon. But it also comes up far too short.

True, the deal provides urgently needed funding for small businesses, vaccine distribution, education, transportation, and health care, and includes a short-term extension of CARES Act benefits for millions who are out of work. It also restores the enhanced unemployment payments that lapsed earlier in 2020, but not at the level Congress approved last March. And it provides only a $600 one-time direct payment to individuals, half the amount that the CARES Act provided and less than what most economists had recommended. Democrats dropped demands to help fund struggling state and municipal governments—a considerable concession, given the straits many localities are in—while Republicans set aside their demands for shielding businesses from COVID-related liabilities. At the last minute, the GOP inserted a provision that would curtail the Federal Reserve’s role in refunding pandemic relief programs, which seemed aimed mostly at making it harder for the incoming administration to deal with the crisis. The differences in priorities are telling, and they’re likely to be on display when leaders meet on additional relief legislation in the weeks and months to come. Sen. Elizabeth Warren says Americans still aren’t getting the help they need, while President-elect Biden has characterized the deal as only a “down payment” on a larger package.

The larger case still needs to be made for addressing America’s underlying socioeconomic inequities and the indignities.
sharetweet

Let’s hope that’s something closer to the approximately $2 trillion Democrats have said they want but have been frustratingly diffident in fighting for. Last year’s CARES Act proved that significant government programs really do help people survive serious economic crises. Democrats should insist on measures aimed at aiding as many Americans as possible for as long as this one persists. They must frame it as a matter not of stimulating the economy but of offering real relief to those who have lost jobs, homes, and savings because of the pandemic—no matter the resistance they’ll face from an opposition party still more interested in protecting the interests of corporations and the wealthy, a party back to complaining about deficit-spending now that a Democrat will be in the White House. There is, after all, a strong moral case to be made on top of the economic one.

But the larger case still needs to be made for addressing America’s underlying socioeconomic inequities and the indignities heaped on the most vulnerable, conditions that the pandemic has further laid bare. Higher rates of infections and deaths among people of color and those with low incomes are undeniable indicators of disparities in access to health care. The number of Americans behind on rent and mortgage payments soared in 2020, yet landlords and wealthier homeowners enjoyed rising rents and higher property values. There are 10 million more people out of work than last February, and more than 8 million have fallen into poverty since June—by far the biggest one-year increase since the government began tracking poverty sixty years ago. Images of lines at food banks around the country underscore the challenge many Americans face in affording basic necessities. Yet a roaring stock market has further enriched CEOs and the wealthy, as forty-five of the fifty largest companies have turned significant profits (while collectively laying off more than 100,000 people) since March. The pandemic crisis has served to draw a still brighter line between America’s haves and have-nots.

Among the most affected are those who since March have been declared “essential workers.” Though the designation varies by state, these typically include health aides; factory, warehouse, and agriculture workers; delivery people; fast-food and supermarket employees; and others who, without the option of working from home, are putting their lives at risk to do their jobs. They’re employed in industries and sectors where enforcement of basic health and safety measures is already lax, and now they can’t always get the personal protective gear they need. Many don’t receive a living wage and most don’t have health insurance, while job protections (like paid sick leave) are minimal. According to the Economic Policy Institute, there are roughly 55 million workers in industries deemed “essential,” but only about 12 percent are covered by a union contract. It shouldn’t have taken a pandemic to bring attention to this shameful reality, but maybe this crisis will lead to real reform, such as a higher federal minimum wage, or guaranteed access to health care, or a legally enforceable right to organize. This is the least we can do for those whose labor is necessary to keep the economy from crashing altogether.