Obama vs. Cavaliers of Unilateralism 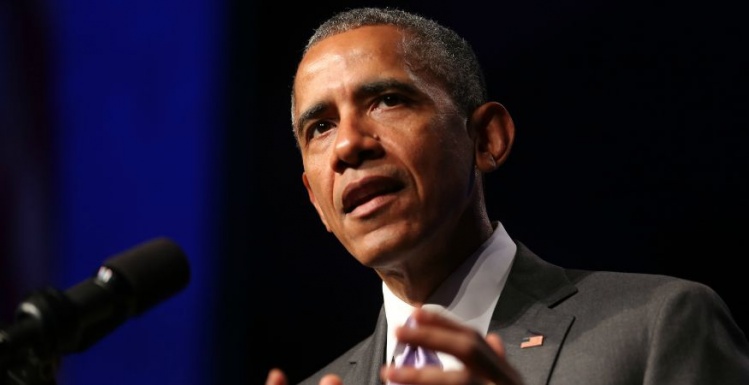 If you wondered why President Obama gave such a passionate and, yes, partisan speech on behalf of the Iran nuclear deal Wednesday, all you had to do was tune in to the Republican presidential debate the next night.

Anyone who still thinks the president has any chance of turning the opposition party his way after watching the candidates (or listening to Republicans in Congress) no doubt also believes fervently in Santa Claus. In fact, the case for Santa—made so powerfully in Miracle on 34th Street—is more plausible.

The candidates gathered together by Fox News in Cleveland suggested that the hardest decision the next president will face is whether killing Obamacare or voiding the Iran deal ought to be the first order of business. All who spoke on foreign policy sought to paint the "Obama-Clinton" international strategy as "failed" and "dangerous."

Obama does not need any private briefings on how Republicans are thinking. He realizes, as everyone else should, that there's only one way to save the Iran accord. Republicans will have the votes to pass a measure disapproving it, and he needs to keep enough Democrats onside to sustain his veto.

He also knows that he is in an ongoing battle for public opinion over a very big issue. In broad terms, this is an argument over whether the foreign policy of George W. Bush, with its proclivity toward unilateral military action, or his own approach, which stresses alliances and diplomacy, is more likely to defend the United States' long-term interest.

The president was not wrong when he said that "many of the same people who argued for the war in Iraq are now making the case against the Iran nuclear deal." And in light of the language used by Cleveland's Cavaliers of Unilateralism, it was useful that he reminded Americans of the run-up to the Iraq invasion, when "those calling for war labeled themselves strong and decisive, while dismissing those who disagreed as weak—even appeasers of a malevolent adversary."

Lest we forget, in September 2002, shortly before the midterm elections, Bush dismissed Democrats who called for U.N. support before American military action in Iraq. "If I were running for office," Bush said, "I'm not sure how I'd explain to the American people—say, 'Vote for me, and, oh, by the way, on a matter of national security, I'm going to wait for somebody else to act.'" Now that's partisan.

In foreign policy, the past isn't even past because we have not resolved the debate over how to use American power that opened after the attacks of Sept. 11, 2001. In the most recent Gallup survey this June, Americans were as split as ever on whether the war in Iraq itself was a mistake: 51 percent said it was, 46 percent said it wasn't. Among Democrats, 68 percent said it was mistaken; only 31 percent of Republicans did. Independents split much like the country as a whole.

Those who counsel Obama to be more conciliatory toward Republicans in defending an agreement that could block Iranian nuclear ambitions for at least a decade (and probably more) are nostalgic for a time when many Republicans supported negotiated settlements, saw containment policies as preferable to the aggressive rollback of adversaries, and were committed to building international alliances.

Such Republicans still exist, but there are not many of them left in Congress. And we should have enough respect for the party's presidential candidates to believe that they mean what they are saying when, for example, one of them (Scott Walker) insists that "Iran is not a place we should be doing business with," while another (Jeb Bush) declares that "we need to stop the Iran agreement, for sure, because the Iranian mullahs have ... blood on their hands."

Obama is defending a long bipartisan tradition of negotiating even with adversaries we deeply and rightly mistrust, the prime example being the old Soviet Union. For now, the consensus across party lines in favor of such diplomacy is broken. Many of us would like to see it restored, but the evidence of Obama's time in office is unambiguous: Friendly gestures won't win over those determined to block his policies.

In the short run, Obama simply has to win enough votes for his Iran deal. For the long run, he has to persuade Americans that his measured approach to the world is the safest path for the country. Defending this view aggressively is no vice.