Obama Takes On Extremism on Guns 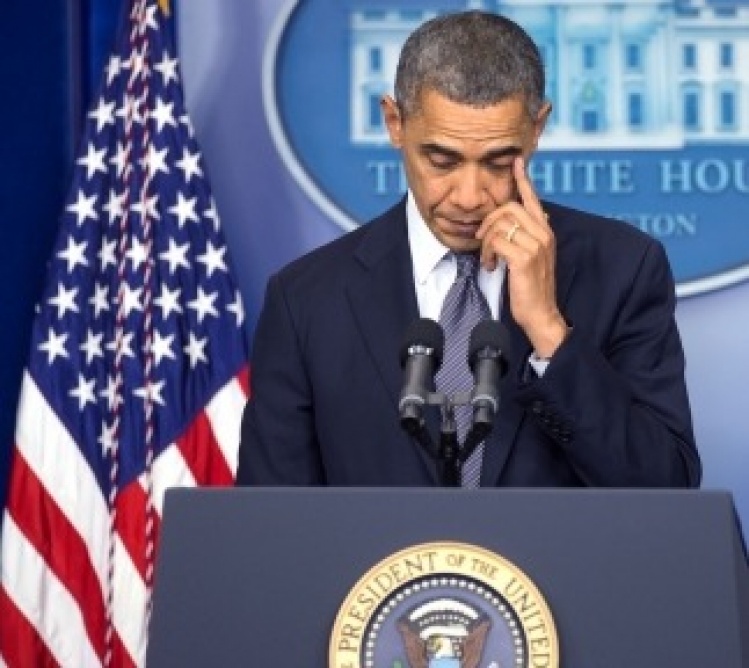 President Obama went big in offering a remarkably comprehensive plan to curb gun violence, and good for him. But his announcement Wednesday is only the beginning of a protracted struggle for national sanity on firearms. Extremists have controlled the debate on guns for many years. They will do all they can to preserve a bloody status quo. The irrationality of their approach must be exposed and their power broken.

Far from acting as if his work was now done, the president made clear that he is fully invested in seeing his agenda realized -- and fully prepared to lead a national movement to loosen the grip of resignation and cynicism in the face of brutality and carnage. Gun violence is not some "boutique" issue, as it is occasionally called. We are in danger of having mass shootings define us as a nation. As a people, we must rise up against this obscenity.

This fight is especially challenging for many who view themselves as "moderates" or "centrists." Moderation is a thoroughly honorable disposition, and Obama's proposals are moderation incarnate. By international standards, they are very cautious. The president did not call for registering all guns or confiscating assault weapons. He strongly endorsed the Supreme Court's interpretation of the Second Amendment right to bear arms. He is operating within a broad consensus about what is possible and what can work.

An assault weapons ban received 38 Republican votes in the House in 1994 and is backed by 58 percent of Americans, according to a Washington Post/ABC News poll. Were those Republicans outside the mainstream? And what about that 58 percent of Americans? The poll also found that 65 percent favored a ban on high-capacity magazines, another part of the Obama plan, and 88 percent favored closing the gun show loophole, part of the effort to make sure there are background checks for all gun purchases.

But the lobbies that purport to speak for gun owners (while actually representing the interests of gun manufacturers) don't care what the public thinks. They tried to pretend the president's ideas are radical. And it shows how perverse our national conversation can become when those who speak in the name of civility, reason and bipartisanship give in to timidity.

Too often, moderation has become a synonym for cowardice. Too often, moderates lack the guts to define the sensible middle of the road themselves -- as Obama has done on the gun issue -- and then defend it. Instead, they yield to the temptation to calibrate where everyone else stands before deciding what they believe. This allows extremists who lack any shame to drag our discourse off the road entirely, into a ditch of unreason, fear and invective.

After the NRA's vile new advertisement that uses Secret Service protection for the president's daughters to make a small-minded political point, can anyone take the organization's arguments seriously again? Aren't politicians who continue to bow low before the NRA complicit with a crowd that lacks any sense of decency?

It tells us all we need to know that the gun lobby is deeply afraid of the facts and the evidence. This is why one of the most important actions the president took was to end the ban on research into gun violence by the Centers for Disease Control and Prevention that the weapons lobby had forced through a compliant Congress.

Yet Obama and Vice President Joe Biden also worked hard to find middle ground in their anti-violence program in drawing on concerns raised since the Sandy Hook tragedy by gun rights advocates. Obama thus addressed not only firearms issues but also the imperative to improve school security and our mental health system, as well as the need to know more about the impact of violent video games.

Most heartening of all was the tone the president took. He did not cast himself as an evenhanded umpire far above the fray, handing down ideas that all people of good will would inevitably accept. He acknowledged that the battle ahead would be difficult. He predicted he would have to fight the lie that his plan constituted "a tyrannical assault on liberty." And he sought to mobilize a new effort to counteract the entrenched power of those who have dictated submissiveness in the face of bloodshed.

"Enough," Obama declared, insisting that change would come only "if the American people demand it."