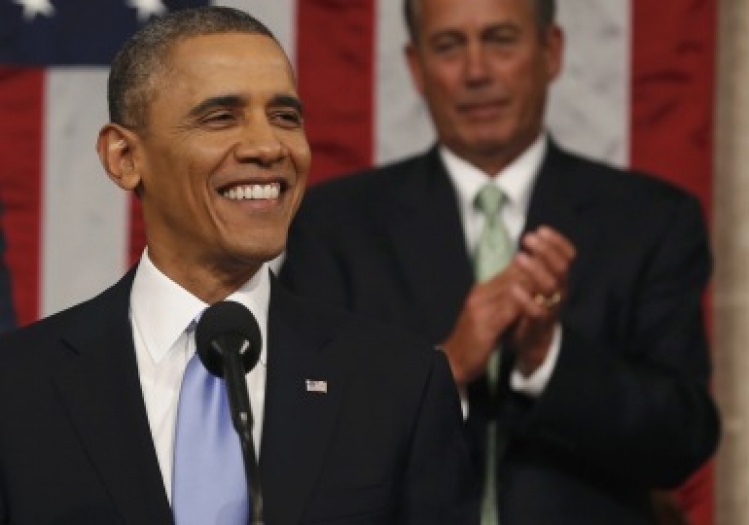 When President Obama spoke to the nation Tuesday evening, his way was that of a politically moderate, temperamentally optimistic Democratic governor. He offered a long list of relatively modest but helpful programs that many voters will warm to and Republicans ought to have a hard time opposing.

Obama took a State of the Union address that began as a critique of economic inequality and turned it into case for restoring opportunity. Anyone who saw class warfare here is spending too much time with Rush Limbaugh or Fox News.

Yes, mention of a moderate Democratic governor kindles memories of Bill Clinton. His State of the Union productions consisted of thick catalogues of proposals that the pundits often panned but listeners usually liked. Most voters do not have an ideological view of government. They simply want it to solve some problems. Most Americans also reject a theological faith in the market. They think it’s a fine system until it acts unfairly.

So consider Obama’s latest effort as a set of confidence-building measures. It’s a bid to move the national conversation back to the economic basics: to “opportunity for everybody,” as he said in a follow-up speech on Wednesday at a Costco store in Maryland, and to the idea that “treating workers well is not just the right thing to do, it’s an investment.”

Obama hopes to demonstrate that government can take sensible steps—on wages, job training and income supplements, on savings, pensions and education—and encourage voters to ask Republicans why they would prevent such initiatives from being enacted on a larger scale.

Nationally, the country is moving steadily toward the center-left. Democrats have won the popular vote in five of the last six presidential elections and never received fewer than 252 electoral votes. Generational change will reinforce this trend—conservatives are older as a group than the country as a whole—and the non-white share of the electorate will continue to grow.

But the legislative branch tilts rightward structurally, even when the national vote goes the other way. Republicans lost the popular vote in House races in 2012 by 1.7 million, but held the House because the GOP had disproportionate control over how congressional district lines were drawn. Democrats, for now, have a majority in the Senate. But the upper chamber over-represents conservative and rural interests. Thus do Idaho and Wyoming have the same number of senators as New York and California.

The Senate’s filibuster rules further empower a willful minority, while House rules confer enormous sway over the legislative agenda to the party that holds the speakership.

All of this means that initiatives such as an increase in the minimum wage, background checks for gun purchases, expanded pre-kindergarten programs, and the extension of unemployment insurance can be foiled even when they enjoy broad national support. Obama pushed for them all again. But absent legislative action, he said he would accomplish what he could in each area on his own.

Moreover, to have real influence (and to help Democrats in this fall’s elections), Obama needs to boost his ratings. The most recent Washington Post/ABC News poll pegged his approval at 46 percent, up from 42 percent in November but still down from 55 percent in January 2013.

The Post/ABC News poll found that over the last year, Obama has lost the most ground among moderates and independents, moderate-to-conservative Democrats, women, and middle-income voters. This is close to the definition of the center ground of American opinion.

His “concrete, common-sense proposals,” as Obama called them on Wednesday, are aimed directly at these groups, particularly his initiatives on behalf of working women for equal pay and family leave. His unapologetic defense of the Affordable Care Act—he mocked the GOP House for staging forty votes to repeal it—reflected his view that whatever their doubts, Americans are pragmatic in their approach to the new law and reluctant to see its benefits disappear.

It’s natural to contrast Obama’s soaring legislative ambitions of a year ago with this week’s less adventurous “I’ll do it myself” speech. But he has to deal with the Congress he has, not the Congress he wishes he had. The path forward is a lot more crooked than Obama once imagined it would be, and realism in pursuit of a degree of social justice is no vice.